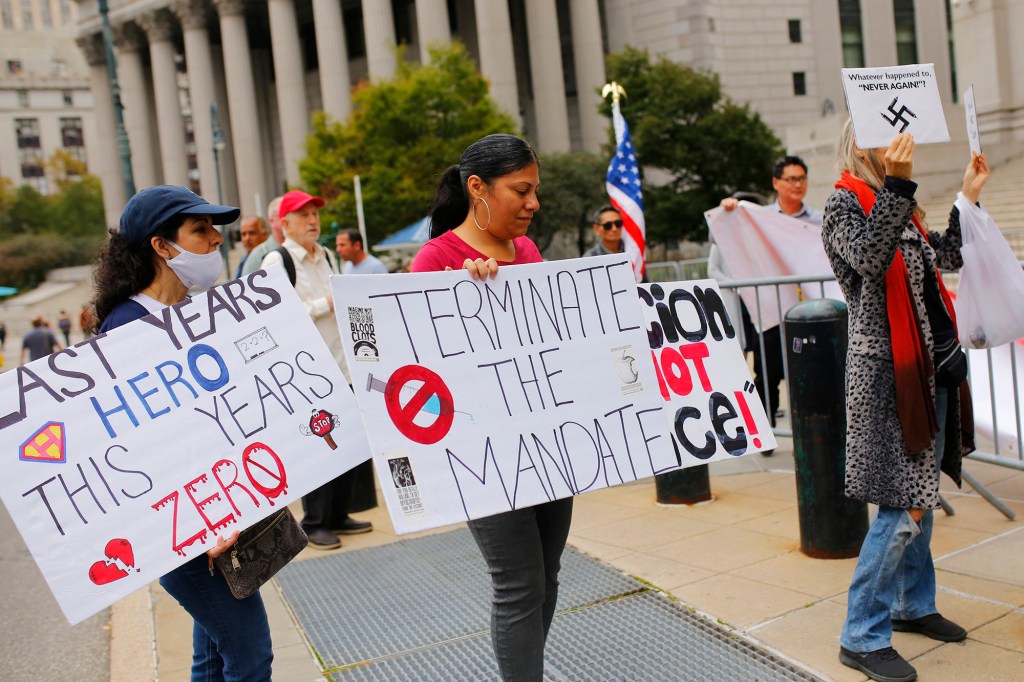 Time is running out for some 1,300 employees of the city’s Ministry of Education who have taken a year of unpaid leave since the city’s COVID-19 vaccine mandate.

Under an agreement they signed a year ago, staff members must show proof of at least one shot by September 5, before the new school year begins.

If they do, “they will return to their original school,” officials said.

If not, they are deemed to have resigned voluntarily.

“I am very stressed. I pray until the last minute that something will change,” said an unvaccinated teacher who worked at a primary school in Queens for more than 20 years.

She took the unpaid leave after her request for a religious exemption was denied, but still got city health insurance that covered therapies for a son and daughter with special needs.

To make ends meet, she took out a loan on her retirement savings.

“I’m still on the fence,” she said of the decision to vaccinate. “I really don’t want to do it, but if I have to do it for my kids, I’ll have to do it.”

The unpaid workers — including hundreds of teachers — have received medical coverage since they skipped the city’s Oct. 4 vaccination TSWT.

About 1,100 more unvaccinated DOE workers who turned down the unpaid leave deal have already been fired, the DOE said.

But if those staffers “provide proof of full vaccination, they’ll be eligible for reassignment,” with no guarantee of the same position.

Another 82 teachers charged with submitting false vaccination cards were taken off the city’s payroll on April 25 after being entangled in a criminal investigation in Suffolk County, but will be back on the job on September 6 pending the investigation. payroll are posted.