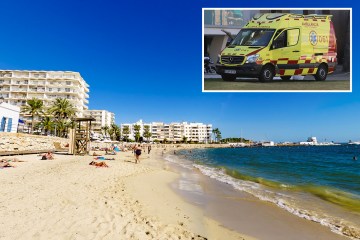 TWO British men have been arrested for a brutal attack on another Briton outside a world-famous nightclub in Ibiza.

The victim was rushed to Can Misses hospital on the island in “very serious” condition in the early morning hours after the attack on Amnesia.

The attack, described as violent by sources in town hall, took place just after 7 a.m. at a taxi rank opposite the club.

The victim was knocked unconscious when bystanders fearing he would be killed begged the attackers to stop, Diario Ibiza reports.

But the pair continued to kick the injured man after knocking him to the ground with their fists. 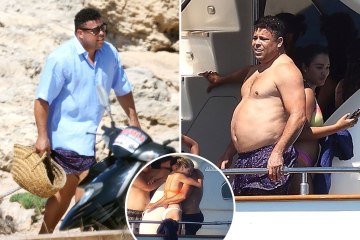 The suspects fled on foot but were arrested nearby by local police who responded to 999 calls.

It was not immediately clear whether all three men had just come out of the club and what prompted the violence.

Another police force, the Guardia Civil, has now taken over the ongoing criminal investigation.

They will hold the two suspects for a day or two before handing them over to a judge who will decide whether to release them on bail or take them into custody.

Amnesia has a capacity of 5,000 and hosts some of the world’s best DJs.

In 2019, a gigantic record fell from the ceiling and nearly cut out the eye of a British clubber.

The decorative vinyl disc, which was attached to the roof with a wire, swung down and tore Charlie Mercer’s cheek and eyelid.

Earlier this year, Club was found guilty of beating a colleague to death during a drunken brawl in Ibiza.

Mitchell Loveridge, 26, was on trial Monday for the death of compatriot Harry Kingsland in 2018.

A jury acquitted him of intentionally killing the 21-year-old from Shirley, Solihull.

But he was convicted of manslaughter after nearly two days of deliberation.