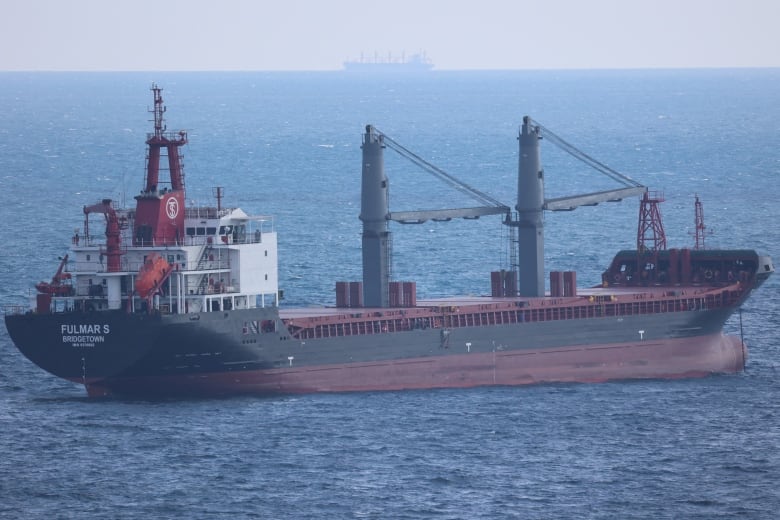 But great hurdles lie ahead to getting food to the countries that need it most.

The ships bound for Ireland, the United Kingdom and Turkey follow the first grain shipment to pass through the Black Sea since the start of the war. The passage of that ship bound for Lebanon earlier this week was the first under the Turkey-United Nations breakthrough agreement with Russia and Ukraine.

The Black Sea region has been called the breadbasket of the world, with Ukraine and Russia as the main suppliers of wheat, maize, barley and sunflower oil, which millions of poor people in Africa, the Middle East and parts of Asia rely on to survive.

While the shipments have sparked hopes of alleviating a global food crisis, much of the grain Ukraine is trying to export is used for animal feed, not people to eat, experts say. The first ships to depart include more than a dozen bulk carriers and freighters loaded with grain but stuck in ports since Russia invaded in late February. And the cargoes are not expected to have a significant impact on the world price of corn, wheat and soybeans for various reasons.

For starters, exports under the deal are ramping up slowly and cautiously due to the threat of explosive mines floating off the Black Sea coast in Ukraine.

And while Ukraine is a major exporter of wheat to developing countries, there are other countries, such as the United States and Canada, with much higher production levels that could affect global wheat prices. And they face the threat of drought.

“Ukraine accounts for about 10 percent of the international wheat trade, but in terms of production, it’s less than five percent,” said David Laborde, an agricultural and trade expert at the International Food Policy Research Institute in Washington. .

The three ships left on Friday with more than 52,600 tons of maize, but that’s still a fraction of the 18 million tons of grains that Ukraine says are stuck in the country’s silos and ports and need to be shipped to make room for this year’s crop.

See also  Why the clouded GOP is having such a difficult time debating policy?

About six million tons of the grain caught is wheat, but only half of that is for human consumption, Laborde said.

There is an expectation that Ukraine could produce 30 to 40 percent less grain over the next 12 months as a result of the war, although other estimates put that figure at 70 percent.

One reason prices remain high is the impact of drought on crops in North America, China and other regions, as well as the higher price of fertilizer required for agriculture.

The three ships that departed Ukraine on Friday give hope that exports will increase to developing countries, where many face the increased threat of food shortages and hunger.

“The move of three additional ships overnight is a very positive sign and will continue to build confidence that we are moving in the right direction,” Haines said. “If the flow of grain from Ukraine continues to grow, it will help ease global supply constraints.”

It added that the Joint Coordination Center — run by officials from Ukraine, Russia, Turkey and the UN who oversee the agreement signed in Istanbul last month — has cleared the three ships and inspected a ship en route. to Ukraine. The Barbadian-flagged Fulmar S has been inspected in Istanbul and is on its way to the port of Chornomorsk.

The purpose of the controls is to ensure that outgoing cargo ships only carry grain, fertilizer or food and no other goods and that incoming ships do not carry weapons. The ships are joined by Ukrainian pilot ships for safe passage due to explosive mines lying in the Black Sea.

After Turkey, which has relations with both Russia and Ukraine, helped close the food deal two weeks ago, President Recep Tayyip Erdogan was set to meet Russian President Vladimir Putin later Friday in Sochi, Russia. That meeting follows another face-to-face meeting the two leaders had in Iran three weeks ago.