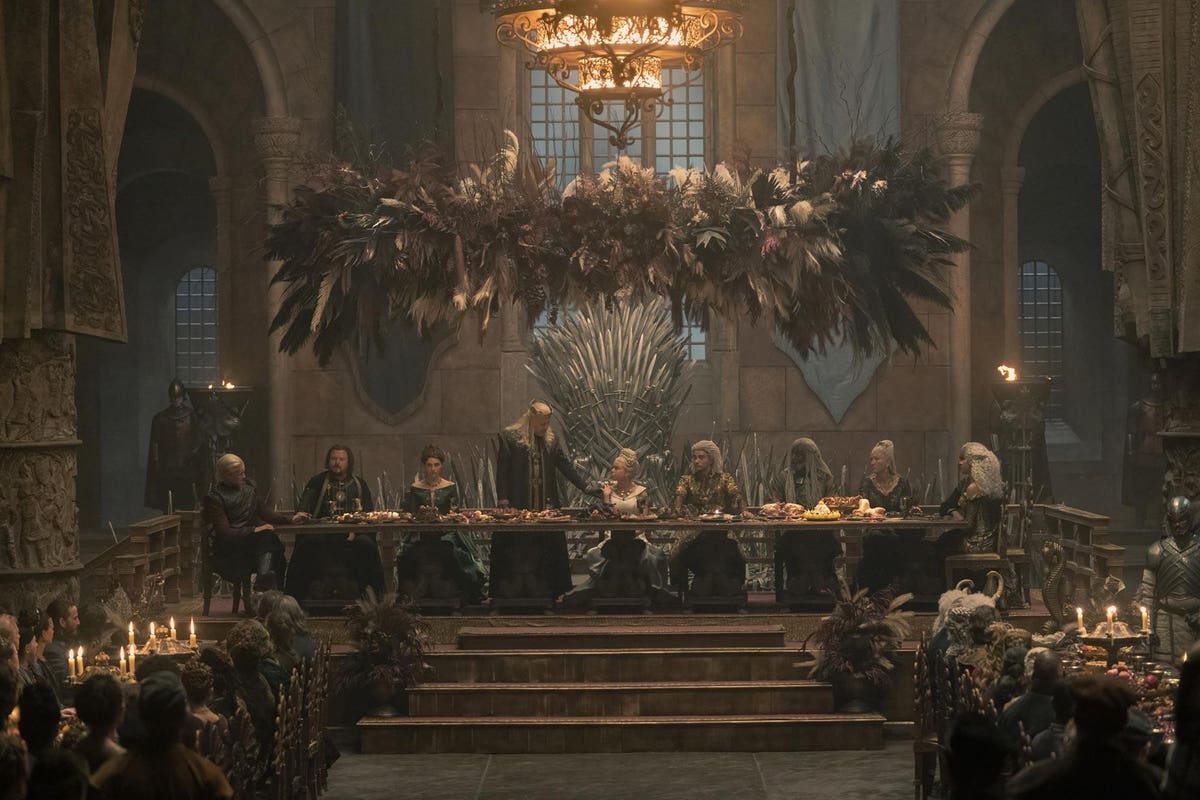 In Westeros, weddings are often ominous, chaotic spaces where suppressed conflicts spill out and blood spatter the guests.

House of the Dragons Episode 5 wasn’t as dramatic as the infamous Red Wedding, but the eruption of violence is just a harbinger of the incoming war for the throne. The episode sees Princess Rhaenyra finally commit to a political alliance and marries a man with a respectable last name, her cousin Laenor Velaryon, who is not straight, but at least age appropriate (and not a misogynist sociopath); in this world she could do much worse.

Like its predecessor series, House of the Dragon is a story of powerful people trapped in golden cages, compromising and suppressing their own humanity in order to stay on top. Rhaenyra is refreshingly candid on the whole, a rebellious princess who desperately wants to stay rich and important; she wants to undermine social norms without losing their benefits.

Rhaenyra flatly rejects the chance to run away and follow her heart, to live a normal life with her lover – she wants to sit on the Iron Throne and make history. But she also wants an open marriage, where she sees sex and procreation as a royal duty.

We have to switch actors in the next episode’s ten-year time jump, but Milly Alcock has nailed her role and infused Rhaenyra with smug entitlement and charisma, a confidence that turns into recklessness; the moment when she challenges Daemon Targaryen to kidnap her and forcibly marry her is hilarious, as he’s just the type to take her up on the offer.

Matt Smith is equally memorable in his role, always unpredictable, simmering with chaotic energy. He shares Rhaenyra’s naughtiness, her love of subversion, but with a sociopathic glint in his eye; why do the incestuous perverts of Westeros always have the best chemistry?

Paddy Considine has also done a fantastic job, his king Viserys always compromises for the sake of the empire, his teeth are almost bursting with tension from that sarcastic smile. The man has spent his life avoiding conflict, and nearly dead, seems to regret not being an asshole anymore; at least he will be fondly remembered, if he is lucky enough to be remembered.

Throughout this episode, the nobles talk about the inevitable explosion when the king finally quacks – he’s the watery glue that holds this structure together, and it pulsates under the pressure of a violent succession crisis. With all his efforts to keep the peace, there’s an irony that his love and loyalty to his daughter, and strangely progressive attitude, will likely herald the beginning of the end of the Targaryen dynasty.

The Iron Throne killed the king slowly, death by a thousand cuts, a striking metaphor for the caustic effects of power; with all the pieces in place, House of the Dragon is about to portray an epic war fought between a family driven mad by rights and incest, armed with a fleet of dragons.

Game of Thrones was about the dying embers of a once powerful ruling class, bickering over who should rule the ruins; House of the Dragon is about to show the beginning of the end.

The best (and worst) bedroom colors for sleeping, according to experts