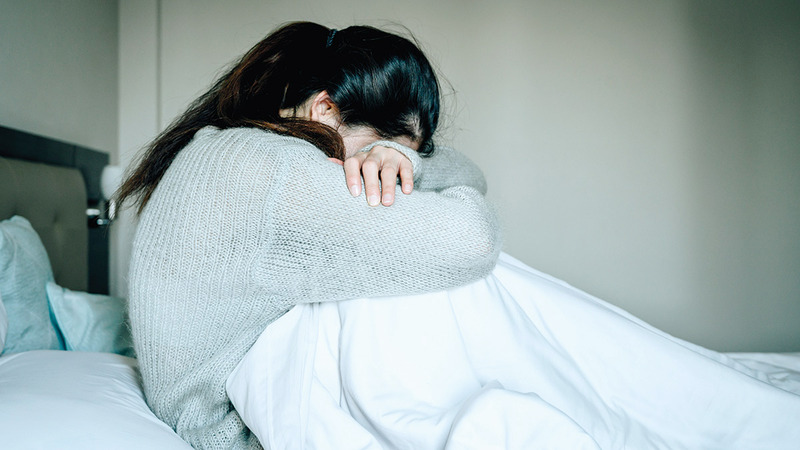 A young (Gulf) young woman succeeded in recovering from drug abuse, after eight full years of suffering in the trap of addiction, and entering into a violent spiral that shook the pillars of her stable life and her relationship with her family, which provided her with all the means of luxury, until she was eventually sentenced to prison after giving her more than one opportunity for treatment. and rehabilitation, but she did not take advantage of any of them, and nine cases of abuse were registered against her.

The Director of Hemaya International Center in the General Administration for Drug Control, Colonel Abdullah Al-Khayyat, told “Emirates Today” that the young woman was subjected to periodic examinations several times, and a helping hand was extended to her, but she violated the rules, and prison became the last way to reform, so she was sentenced to two years in prison, There, her life changed and she memorized the entire Qur’an, so her sentence was reduced. As soon as she was released, she went to Hemaya Center in appreciation of the effort he had made with her since the beginning of her difficult journey. The center fulfilled her wish to perform Umrah after she overcame this severe ordeal and recovered from addiction.

In detail, Al-Khayyat said that the heroine of the incident grew up in a stable family with a good financial position, and enjoyed a great deal of luxury since her childhood, pointing out that the problem affected her by excessive pampering, until she became convinced that she could do what she liked or try anything under a framework. Personal freedom, openness and liberation without censorship or review.

He added that she could not distinguish between her rights and duties, nor did she find sufficient guidance to build relationships with the right people, and she boasted that most of her friends were males, and she was followed by their recklessness and their experiences, and among them were delinquent people who used drugs, and one day she decided to experiment with abuse, and her feet completely slipped and turned She was addicted, and the spring of her life ended early.

Al-Khayyat indicated that her family was shocked when they learned that their spoiled daughter was taking drugs, and her parents tried to correct her, but she became more stubborn and reckless, until she was arrested in 2015 on charges of drug use, and she was not charged because of her young age, and she was subjected to periodic examinations and was referred to Al-Amal Hospital for treatment and rehabilitation .

He added that she did not take advantage of the opportunity that was given to her, and her setbacks continued and she fell again into the trap of abuse, and an attempt was made to treat and rehabilitate her again at the National Rehabilitation Center and Irada Center in Dubai, but she failed to return to the right path, and she was imprisoned more than once for short periods due to abuse and violation of the rules and periodic examination procedures.

Al-Khayyat explained that in light of her repeated return to drug use, she was sentenced to two years in prison, and her condition changed this time, so she began to memorize the Holy Quran until she finished it completely, and then strengthened her resolve and continued on the road to recovery, after eight years of falling into the cycle of addiction that exhausted her health and psychologically. Socially, it affected her relationship with her family and friends.

He added that Hemaya International Center was the first destination she visited after her release from prison, as it was the safe haven that contained her and stood by her, and she expressed her desire to modify the course of her life and enable her to perform Umrah, and to open a new page in her life. communication

The Director of Hemaya International Center in the General Administration for Drug Control, Colonel Abdullah Al-Khayat, stated that the openness that some girls demand does not mean staying up late outside the house, or participating in fraught challenges, or leniency in communicating with strangers, interacting with anonymous messages, or keeping up with fashion. In Western fashion, or complacency in filming non-meaningful videos and publishing them on some digital space platforms to achieve fame and spread.

And he warned of the danger of blind imitation of some celebrities on social networks, and being affected by their strange ideas and behaviors, noting that the center appreciates the great efforts made by parents in raising their children, but the attention must be doubled.