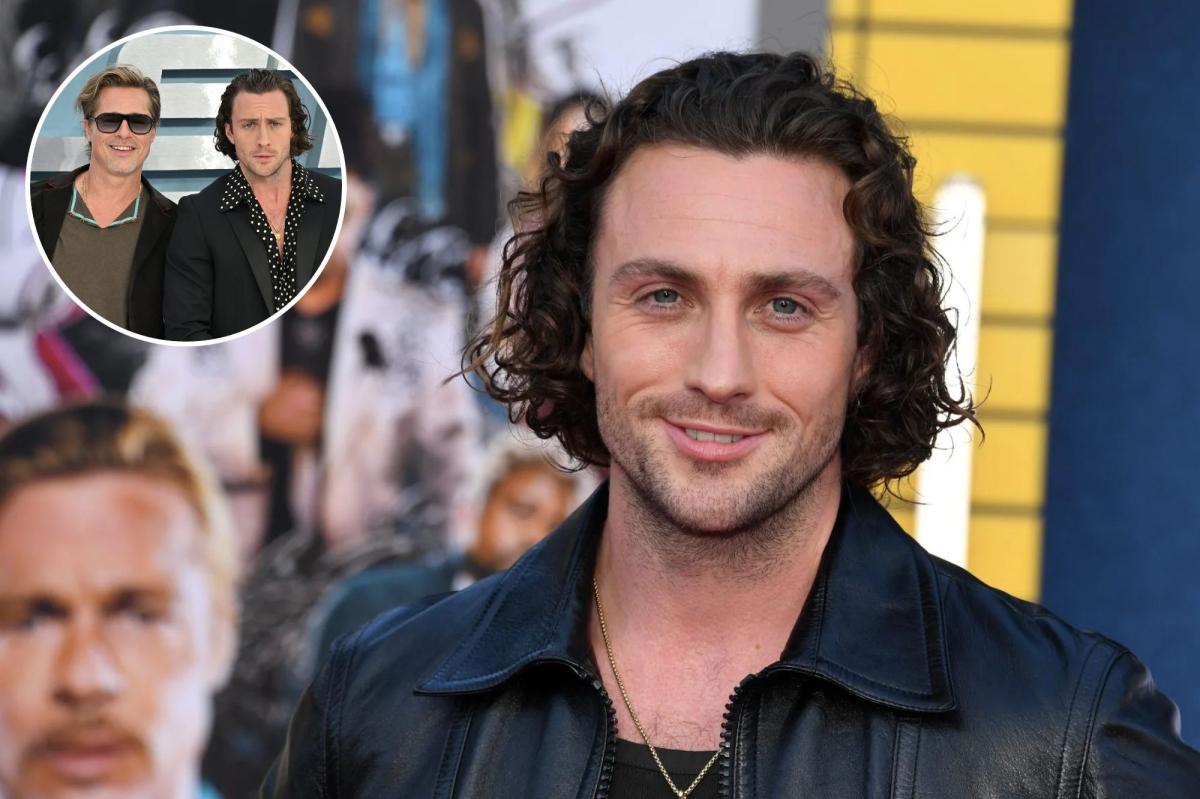 Actor Aaron Taylor-Johnson says his co-star Brad Pitt has a “good” list and an “st” list of actors he will and won’t work with.

While promoting his latest on-screen venture at the Locarno Film Festival in Switzerland, the actor shared what it was like working with Pitt.

Referring to Pitt as a “humble and gracious human being,” the actor told Variety, “He’s in a new chapter of his life, I think.”

Taylor-Johnson, who has previously starred in action movies like “Kick-Ass” and “Avengers: Age of Ultron,” continued, “He just wants to bring light and joy into the world and be around people who are there to be a ​to have a good feeling. time.

“You work with a lot of actors and after a while you start taking notes, ‘I’m definitely not working with this person anymore.’ Brad has this list too: the ‘good’ list and the ‘s–t’ list.”

A fight scene from the film – which was released in the US on Friday – between the two stars resulted in Taylor-Johnson being hospitalized after suffering serious injuries on set.

After implementing a “crazy keto diet” in an effort to get “skinny and skinny” for the film, the actor passed out due to “low blood sugar levels” shortly after sustaining a hand injury.

“We were in a fight sequence and I get dropped across the room. And that one sharp bit of the corner where there was no padding took a piece out of my hand. I literally broke down, passed out,” he told Variety about the incident.

“Then I came back and I was like, ‘Should we go again?’ and they were like, ‘No, no, no. You need to get stitches in the hospital.’ So then I spent the night in the hospital,” he added.

“When you sign up for a David Leitch movie, you know you’re going to get some scars and war wounds,” he added.