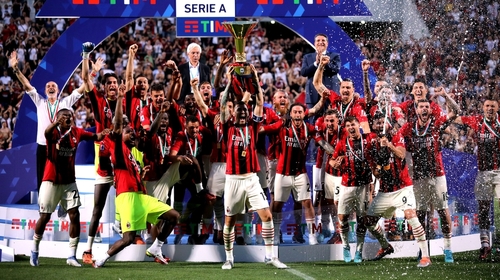 Italian football giant AC Milan has partnered with MonkeyLeague, with the startup now the new NFT Gaming Partner of the Rossoneri.

MonkeyLeague is an AAA quality web3 soccer game built on top of the Solana blockchain.

In the press release shared with TSWT, AC Milan said that MonkeyLeague had become its official NFT gaming partner.

MonkeyLeague is a strategy-based soccer game in which users build and manage their own dream team of at least six MonkeyPlayer NFTs. The players consist of a striker, defender, goalkeeper and midfielder.

Users can compete against real players and climb the league rankings. MonkeyBucks ($MBS) is the game’s original token, and MonkeyLeague has in-game assets that have value in and out of the game.

“We are delighted to start this partnership with MonkeyLeague, a partnership that will enable us to strengthen our positioning in digital innovation. We are extremely proud to be the first football club to partner with MonkeyLeague, bringing this game to our supporters around the world and offering them a new innovative way to interact with their favorite team.”

AC Milan revealed that the partnership will also include the creation of exclusive Rossoneri-branded NFT game assets, wearables and special game tournaments. The two entities would also work together to market events together and a host of other exciting initiatives, such as club players testing the game.

MonkeyLeague would also be working closely with AC Milan to launch a new collection of AC Milan NFT game assets, including new MonkeyPlayers, skins and stadiums.

“The partnership with champions like AC Milan, an absolutely iconic club in the history of football, is another testament to what we are building and where we are going as a game and game studio. It is also an important step in our plans to build a bridge between the Web2 and Web3 worlds.”

MonkeyLeague said it would launch its first MonkeyPlayer NFT breeding season in partnership with AC Milan.

See also  How sustainable is Ethereum Classic after Ethereum Merge?

AC Milan concluded that as part of the agreement, it would sponsor a number of high-profile future MonkeyLeague esports tournaments that would bring together the game’s best players from around the world to play in hotly contested matches.