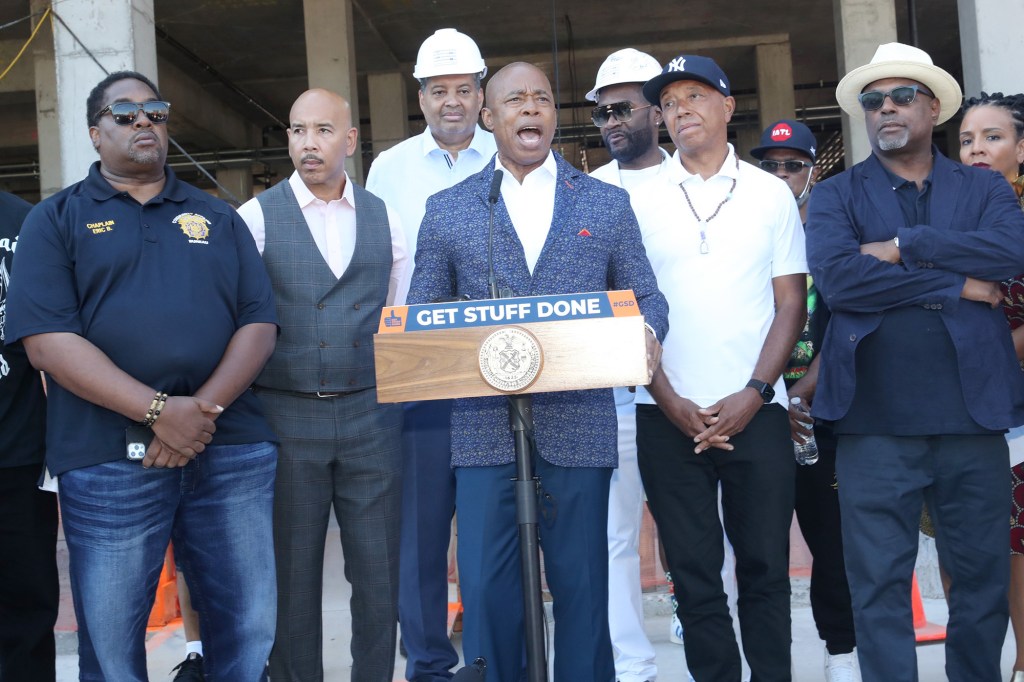 Mayor Eric Adams is collecting headshots of would-be city workers in a thinly veiled effort to increase diversity, according to a new report.

Adams has asked city agencies to provide photos of potential hires to city hall as candidates go through the application process for jobs in the city ranging from assistant commissioner to departmental press secretary, Politico reported Thursday.

Several unnamed city officials told the outlet that the request is clearly an effort to hire more diverse staff. However, Adams claims it will only help him recognize his employees in the sprawling city workforce.

“Everyone knew what it was. There was no question. It was the first thing everyone said, ‘We’re going to count skin colors now,’ a recently-departed city hall employee told Politico.

The majority of officials interviewed by the outlet – who asked for anonymity to speak freely about the internal measure – said they supported a more diverse workforce, but feared the practice is already leading the Adams administration to make hiring decisions with a greater emphasis on race and ethnicity than merit.

To make matters worse, nearly every Politico official who spoke also said the headshot request created another problem in the lengthy hiring process — straying from the mayor’s signature motto of “getting things done” at a time. in which vacancies in the city are unusually high. About 8 percent of municipal jobs were vacant in April, according to data from the Citizens Budget Commission.

Politico received emails sent by the mayor’s team to about a dozen senior officials at other city agencies, asking them to submit photos of people they hope to hire for Adam’s own assessment.

An April 19 email included an attached template with photos and job descriptions of current high-ranking temps.

“Also clarify that the avatars in the attached photos must be real photos, because the mayor likes to start recognizing people’s faces,” one mayor wrote in the email, according to the publication.

An official said they were told verbally that Adams wanted agencies to hire people who “reflect the grassroots we serve.”

“The whole recruiting process that this town hall has set up is difficult enough, and the photo requirement just takes it from difficult to bizarre and inconvenient,” said another senior agency official.

The Adams administration said the photo requests — which also apply to existing top officials — are a way for the mayor to learn and recognize the faces of who he employs.

“Nothing, I think, is more disrespectful than when people work for you on your executive team and you don’t know who they are,” Adams said when asked about the policy at an unrelated press conference on Queens Thursday. “I should know my employees.”

He said that since he has only been in office since January 1, he is still getting to know city workers.

He has also asked all department heads to create an org chart “with the faces of my employees” so that he can walk into a meeting and put a face to the name.

“Before I walk in, I look at the organization chart. I look at their faces so I can walk in and say “hello,” he said.