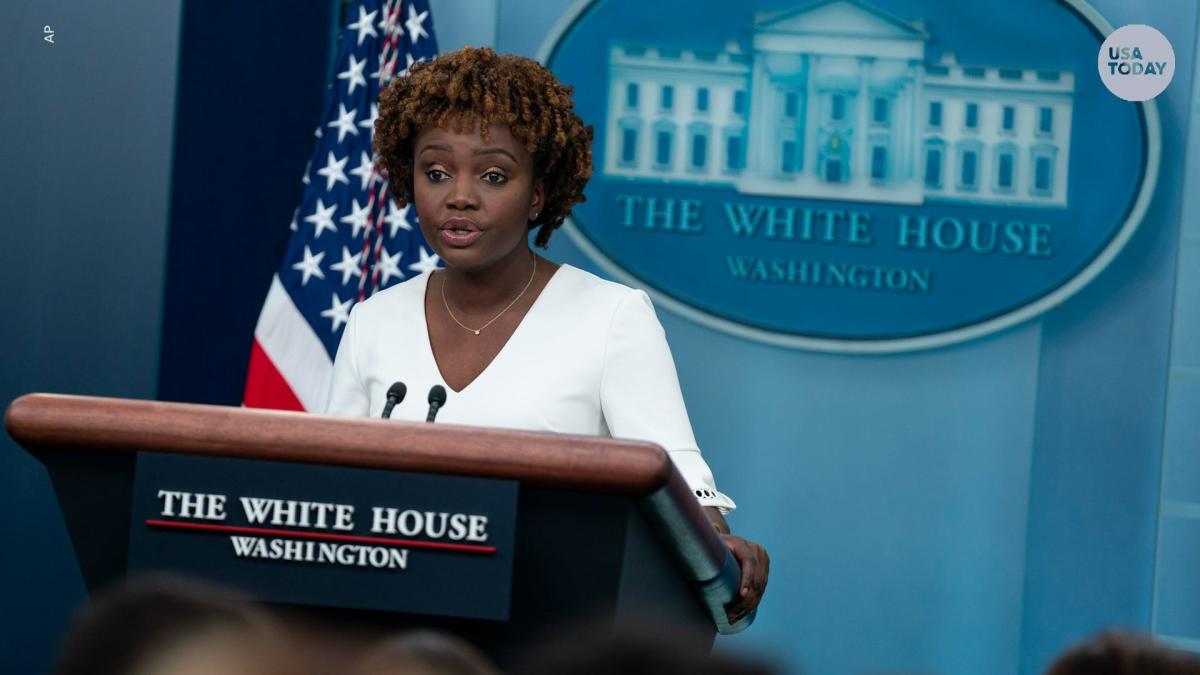 Jean-Pierre said the actions of the MAGA Republicans fit the definition of “fascism.”

“When it comes to the extreme, ultra wing of the Republicans, they attack democracy … take away rights and freedoms. They use … threats of violence. They take away voting rights. And (Biden) called it what it is ‘ says Jean-Pierre.

When asked again about Biden’s comments, Jean-Pierre said Biden has compared the actions of Trump-affiliated Republicans to the definition of fascism before, even if he hadn’t used “that particular word” before.

Scorecard early 2024: Can Biden handle a challenger? Can Pence Beat Trump? And Cheney?

“You look at the definition of ‘fascism’ and you think about what they’re doing to attack our democracy… I mean, that’s what that is; it’s very clear,” said Jean Pierre.

In general terms, fascism is a political ideology, movement or regime characterized by nationalism and authoritarianism. The Merriam-Webster dictionary states that fascism “elevates the nation and often races above the individual” — it supports “a centralized autocratic government led by a dictatorial leader, strict economic and social regulation, and forced suppression of the opposition.”

To summarise: Biden Cancels As Much As $20K In Student Loans, Extends Freeze

In his comments at a Maryland reception for the Democratic National Committee on Thursday, Biden compared the actions of the MAGA Republicans to semi-fascism, while expressing concerns about the unity of the nation and “supporting democracy.”

“What we’re seeing now is the beginning or the death knell of an extreme MAGA philosophy,” Biden said. “It’s not just Trump. … It’s the whole philosophy that underlies — it’s — I’m going to say something — it’s almost like semi-fascism, the way it acts.”

What is everyone talking about?: Sign up for our trending newsletter to receive the latest news of the day

“Biden forced Americans out of their jobs, transferred money from working families to Harvard lawyers, and sent our country into a recession while families can’t afford gas and groceries. Democrats don’t care about suffering Americans — they never have,” Brand says. . said in a statement sent to multiple media.