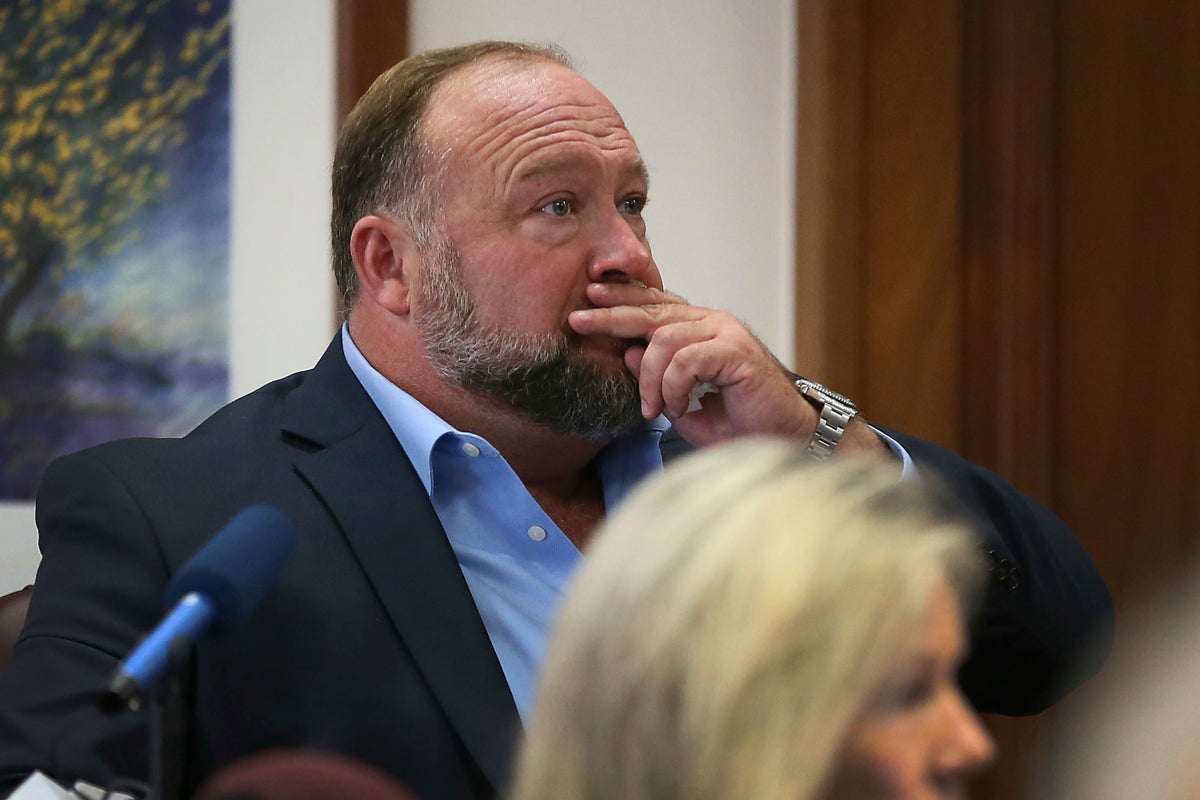 Alex Jones has been ordered by a Texas jury to pay $45.2 million in punitive damages to the family of a Sandy Hook victim, in addition to the $4.11 million he already has to pay them in compensatory damages.

The right-wing conspiracy theorist was not in court when the jury in Travis County, Texas, passed a unanimous verdict against him late Friday afternoon.

Neil Heslin and Scarlett Lewis, whose six-year-old son Jesse was one of 20 students and six adults killed in the mass shooting, have sued Jones and his media company Infowars over claims the massacre was a “false flag.” operation and that the victims did not really exist.

The jury’s decision came just one day after it was determined that Jones had to pay $4.11 million in damages to the family.

Mr. Heslin and Ms. Lewis had requested $150 million in damages, and the jury’s decision on damages is intended to deter harmful behavior.

After the ruling, family attorney Mark Bankston asked the judge to rule on whether he could release a copy of Jones’ phone records, which he revealed had been accidentally sent to him during the trial by Jones’ own legal counsel. team.

Mr Bankston has told the court that the Jan. 6 commission and other law enforcement agencies have already asked him to provide a copy of the data.

Jones’ lawyers said they wanted the judge to rule that Mr Bankston couldn’t relay the text messages and emails on the phone, but she declined to interfere in the situation.

“I’m not standing between you (Bankston) and Congress, that’s not my job and I’m not going to. I’m not going to be in the middle of that fight,” Judge Maya Guerra Gamble said.

The judge told the court that the case had been a “challenging and exhausting few weeks for all of us”.

On the last day of the testimony, the Jones family’s attorney stunned that his own attorney had accidentally sent them two years of his text messages.

Jones claimed during the discovery that he couldn’t find any text messages related to Sandy Hook on his phone, but denied lying under oath.

Before the jury’s verdict, a forensic economist had provided evidence of Jones’ wealth.

Bernard Pettingill told the court that Jones began depositing $11,000 a day into an alleged shell company after he was found liable in the Sandy Hook cases.

He told the jury that his estimate was that Infowars made $64 million last year and that Jones’ media company Free Speech Systems was worth between $135 million and $270 million.

He further estimated that Jones’ personal worth was between $70 million and $140 million and that he had brought in $165 million from September 2015 to December 2018.

Mr Pettingil told the court that Jones withdrew $61.9 million from Free Speech Systems in 2021, the year the default judgment was handed down against him.