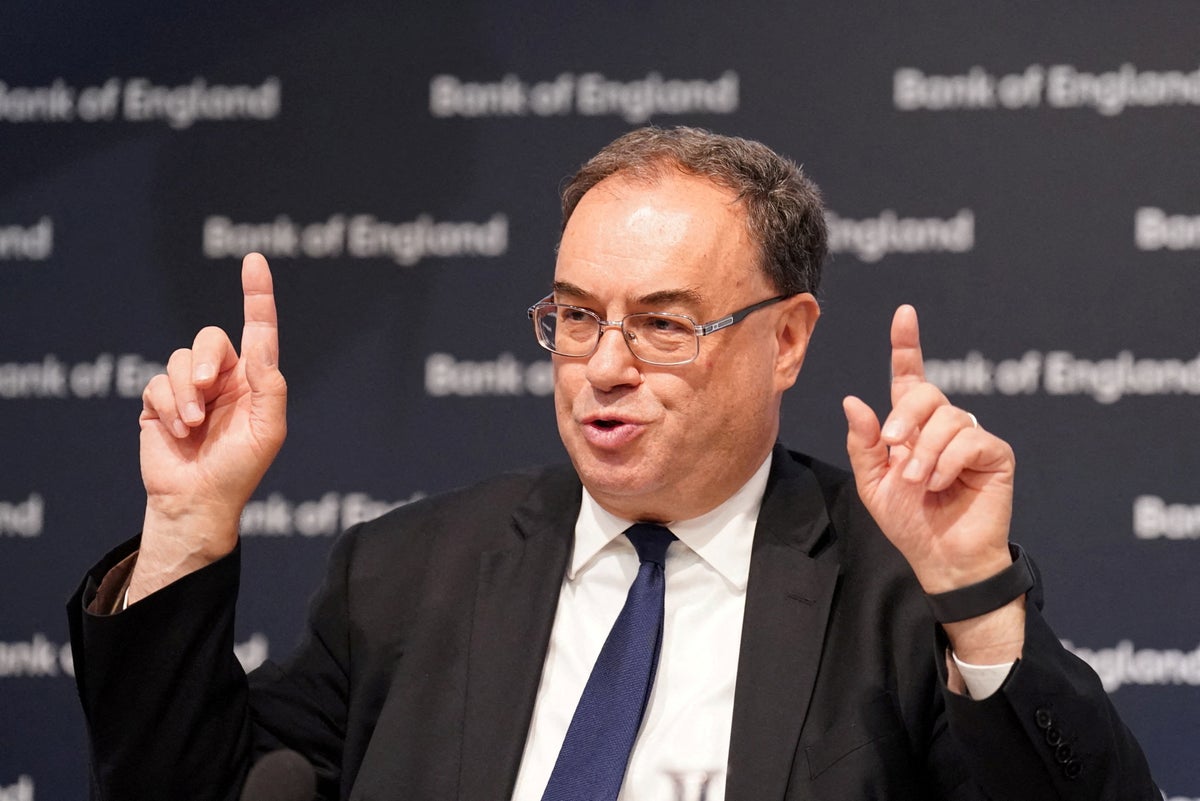 It is the Bank’s sixth consecutive increase since December by the Bank’s Monetary Policy Committee (MPC) and raises the key lending rate from 1.25 percent to 1.75 percent.

The move, widely anticipated in the city, will mean an immediate rise in mortgage bills for millions of homeowners with tracker or variable mortgages in line with the Bank of England rate.

About three quarters of mortgage holders have a fixed interest rate, but face refinancing at a much higher cost when their deals expire.

The Bank has been forced to act on rising inflation, driven by rising energy and fuel costs that have risen since Russia’s invasion of Ukraine in February.

It also warned today that inflation will reach 13 percent and that the economy will enter a long recession by the end of the year.

The change of course was approved by the MPC – chaired by banking governor Andrew Bailey – at its meeting on Thursday. It follows a wave of similar moves from central banks around the world.

Last week, the US Federal Reserve raised its benchmark rate by 0.75 percent in its fourth rise of the year. A week earlier, the European Central Bank, which is responsible for setting interest rates in the eurozone, had raised its key rate by 0.5 percent.

The Bank decided on Thursday that it had no choice but to follow suit with a larger-than-usual step to help fight inflation.

The consumer price index hit a 40-year high of 9.4 percent in June and is expected to peak at 13 percent in the winter, when the next volatile hike in energy bills begins.

Mr Bailey warned that more interest rate hikes would follow if inflation seemed out of control. He said: “The committee will be particularly alert to indications of more ongoing inflationary pressures and will act vigorously if necessary. All options are on the table for our meeting in September and beyond.”

“The last time there were six consecutive base rate increases was on November 6, 1997.

“Customers who currently have a fixed rate will avoid immediate financial pain, but for many, a triple-digit increase is inevitable the next time their mortgage agreement is renewed.

“Increased borrowing costs would usually cause people to tighten their belts, but this adds to the mix of spiraling energy prices, food costs and fuel bills, and some people are facing financial catastrophe.”

Alastair Douglas, CEO of credit app TotallyMoney said: “The latest rate hike will be another blow to the two million mortgage borrowers without a fixed-rate agreement.

“Moreover, this is not an isolated problem. With everything from phone bills to food inflation, costs will continue to rise in the coming months, putting pressure on household finances for millions of people.

“The one in three homeowners whose fixed-rate contracts are about to expire should start planning ahead. Not only is the SVR rising, new deals are also getting more expensive. Either way, you’ll probably pay more, so it’s worth checking your options ahead of time.”