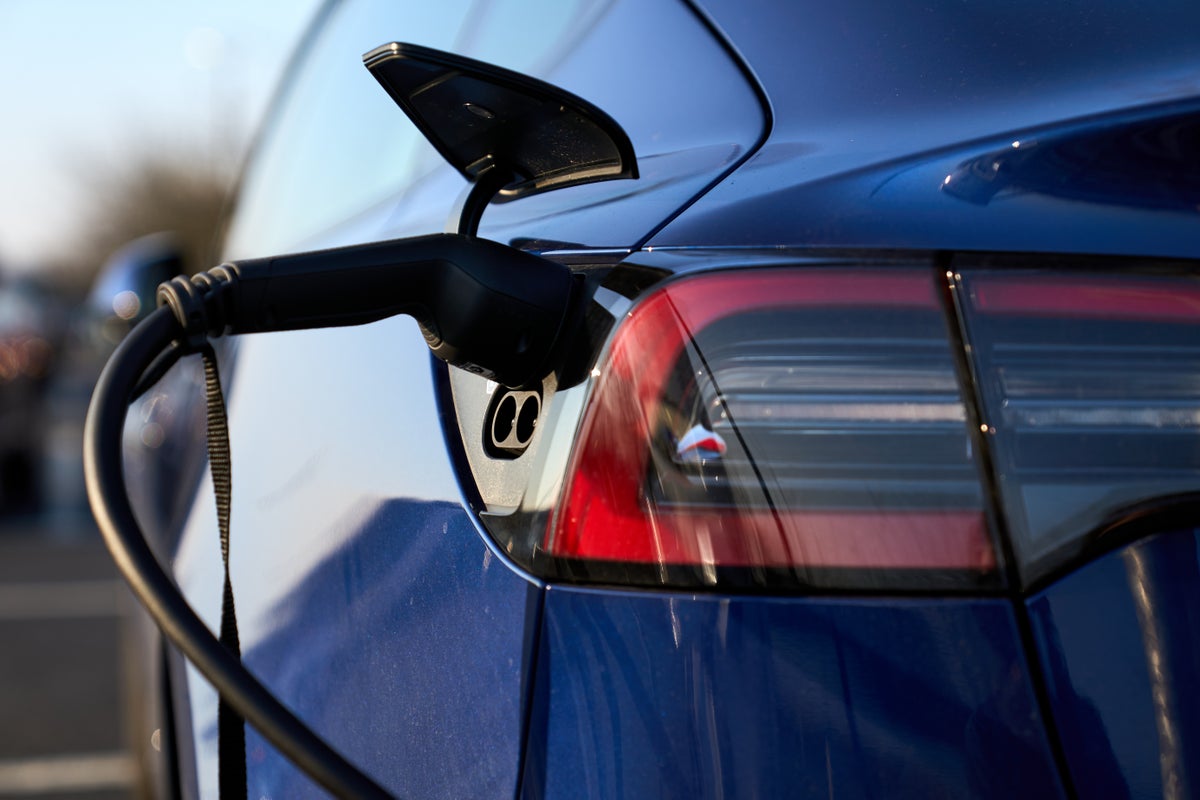 The government must pump tens of billions of public money into “gigafactories” that produce batteries for electric vehicles to secure the future of the British car industry and create as many as 33,000 jobs, a new report shows.

As the world shifts from petrol and diesel, the UK needs to scale up battery production capacity from the current 2 gigawatt hours per year (GWh/a) to 80 by 2030 to secure up to 90,000 jobs in the automotive sector. the report of think tank Common Wealth.

And the report, seen by TSWTwarned that the state will have to provide the lion’s share of an estimated £100bn investment over the next eight years or else thousands of high-skilled jobs risk being “offshored” to other countries.

With the private sector committed to a total of £12bn in investment and the government having invested just £1bn to date, the report concluded that an additional £10.9bn is needed each year until 2030.

Ministers have previously indicated that they want the private sector to “take the lead” towards mass ownership of zero-emission vehicles. But today’s report warned that leaving investment decisions to the market will expose the UK to the risk of offshoring capacity and jobs.

It recommended that at least half – and possibly the majority – of the necessary funds should come from the government and be pre-loaded to help Britain catch up with the big EV makers like Germany and China.

This would enable the UK to acquire a public equity stake in one of the major industrial growth sectors of the future, anchor jobs in Britain and ensure that investment returns are passed on to taxpayers rather than private investors. .

Investments on this scale could create 33,200 new jobs, the report said. And a controlling public equity stake would allow the government to direct the production of lithium-ion batteries for buses and trams to help shift the balance towards clean public transport options.

“Government ownership in key areas can support democratic planning of the transition to a greener transportation system, securing unionized jobs in manufacturing rather than offshore,” said Common Wealth researcher Khem Rogaly, who co-wrote the report with Adam Almeida.

“This could reverse the legacy of deindustrialization in UK manufacturing sectors and help keep the wealth produced by battery manufacturing in the pockets of workers and the public.”

As part of its plans to have net zero CO2 emissions by 2050, the government will end sales of new petrol and diesel cars by 2030, leading to a massive switch to electric models in the coming years.

But the UK currently only has one gigafactory, in Sunderland, producing batteries totaling 2 GWh/a for Nissan. Planning permission has been granted for a second factory in Sunderland and another in Coventry, while Britishvolt is building a battery factory in Blyth.

The report found that this leaves a “significant shortfall” in domestic battery production, with total estimated output from approved projects reaching just 45 GWh/a by 2030.

And it warned that without further factory developments, there was a risk of public money being spent on research and development in Britain, just to allow production to take place abroad.

The automotive sector employs 797,300 people in the UK, including 156,400 in the manufacturing sector, generating £15.3 billion for the national economy.

Without an industrial strategy to ensure a controlled transition to electric vehicle production, some 90,000 jobs in the sector will be at stake by 2030, the report finds.

A survey of Unite trade unionists in the industry earlier this year found that nearly half (48.6 percent) felt insecure in their jobs.

But the Common Wealth report found that a successful transition to electric vehicle production could protect the existing workforce and create an additional 10,400 safe and unionized jobs in the West Midlands, 4,600 in the Northwest and 5,900 in the Northeast by 2030. .

The director of the think tank, Mathew Lawrence, said: “The UK car sector is at a critical juncture. Ambitious action – including public investment and public interests in battery production – can ensure a just transition to an EV future.

“If we succeed, we can secure good green jobs, reduce emissions, improve public transport and the green industries of the 21st century.”

A spokesperson for the Department for Business, Energy and Industrial Strategy (BEIS) said: “We remain committed to securing UK gigafactories across the country and continue to work with investors to plan for mass production of the batteries needed for the next generation of electric vehicles.

“The UK remains one of the best locations in the world for car manufacturing, and we will build on that through a major investment program to electrify our supply chain and create jobs.”

Daily COVID-19 cases in Singapore increase week-over-week by up to 40%: MOH

Truck driver arrested at border with R1.5 million worth of illegal cigarettes

Daily COVID-19 cases in Singapore increase week-over-week by up to 40%: MOH

Truck driver arrested at border with R1.5 million worth of illegal cigarettes