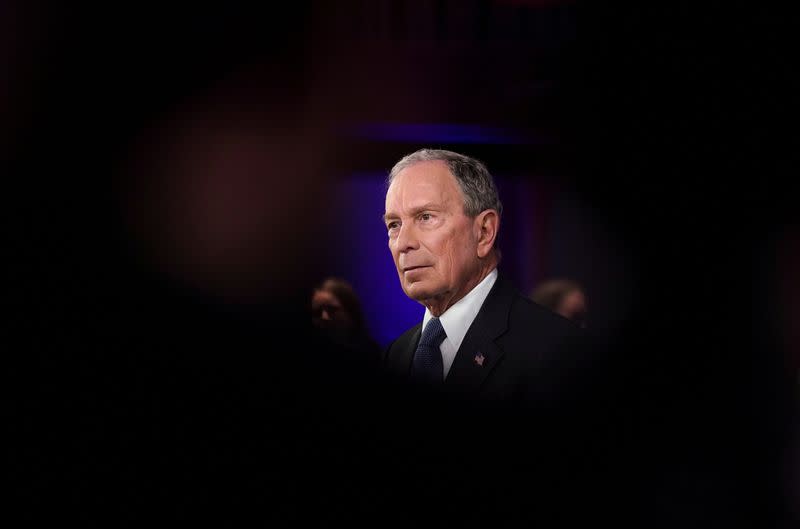 WASHINGTON (Reuters) – Former New York City mayor Michael Bloomberg launched an $85 million campaign Wednesday to block the planned construction of plastic and petrochemical plants in the US, modeled on his decade-long effort to shut down coal plants. .

Bloomberg, the billionaire businessman who currently serves as the United Nations Special Envoy for Climate Ambition, announced that his philanthropic organization’s Beyond Petrochemicals campaign will “turbocharge” the efforts of local communities in places like Louisiana’s Cancer Alley, Texas and Appalachia. for the permit and construction of heavily emitting plants.

The campaign focuses on the rapid expansion of petrochemical and plastic pollution in the US. The International Energy Agency said the plastics and petrochemical industries will exceed CO2 emissions from coal by 2030 and account for half of the growth in oil demand by 2050.

The industry-planned expansion could account for 15% of U.S. greenhouse gas emissions, causing the U.S. to miss its target under the Paris climate accord to halve emissions by 2030, according to Bloomberg Philanthropies.

According to the Environmental Integrity Project, which tracks planned construction work, at least 90 petrochemical and plastics projects have been proposed in the past decade, including 42 major construction projects that will release emissions of greenhouse gases and other hazardous air pollutants.

Frontline minorities and lower-income communities living where some of these projects have been proposed have sparked high-profile battles to block key air permits and enforce environmental safeguards at existing facilities.

Just this month, activists in Louisiana’s St. James Parish claimed victory when a judge revoked key air permits issued by state regulators for a plastic project planned by Taiwan’s Formosa Plastics and when the state announced plans to build a methanol plant. canceled after almost a decade.

“Investments like this give the communities disproportionately affected by this type of environmental racism a fighting chance,” said Beverly Wright, executive director of the Deep South Center for Environmental Justice.

Bloomberg has spent more than $500 million to support the Sierra Club’s Beyond Coal campaign, which originally aimed to retire 30% of the U.S. coal fleet by 2020, but ended up retiring more than 60% of it. coal plants accelerated by that year. It has been expanded to target gas infrastructure.

After a failed presidential bid in 2020, Bloomberg has continued to fund climate campaigns and work on climate diplomacy in its UN role.

The campaign focused on public advocacy and legal action to settle settlements with utilities to expedite the closure of their aging coal-fired power plants and replace them with renewable energy.