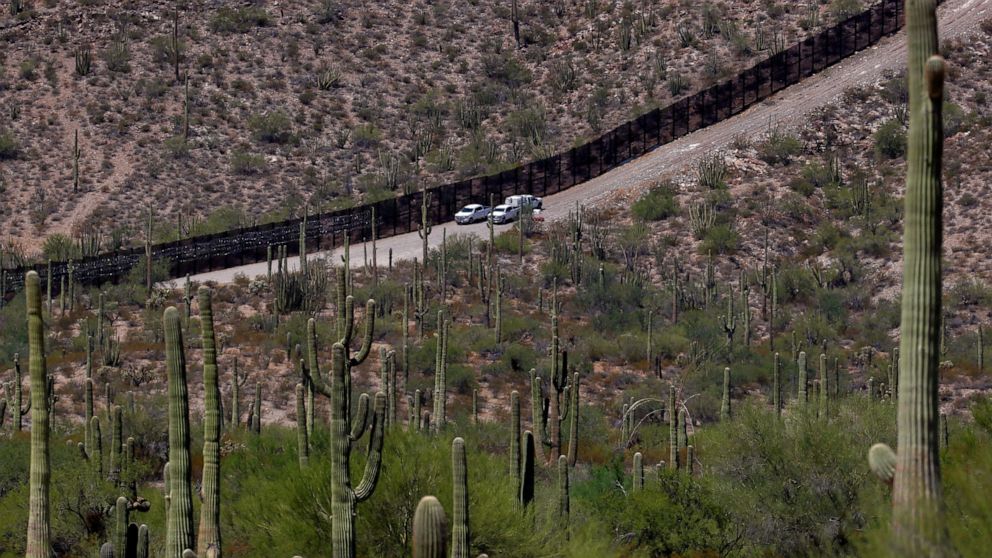 PHOENIX — The Border Patrol says one of its agents rescued a baby and toddler left alone by migrant smugglers at Organ Pipe Cactus National Monument in western Arizona.

A migrant in a group of border crossings arrested Thursday west of the Lukeville, Arizona, warned an officer of the children’s location.

An 18 month old was then found crying and a 4 month old was discovered face down and unresponsive. Both have received medical attention at a hospital and have been taken back into custody by border police.

“Yesterday, smugglers left two young children — a baby and a toddler — in the Sonoran Desert to die,” John Modlin, head of the Tucson Sector Border Patrol, said in a statement. “This is not just another example of smugglers exploiting migrants for money. This is cruelty.”

It was not immediately clear whether the smugglers accused of abandoning the children were among those arrested. Authorities have not released details about the children, including their gender, which country they came from and the identities of their parents or guardians.

Organ Pipe Cactus National Monument stretches along the Mexican border in southwestern Arizona, a rugged, arid landscape dotted with towering cacti and other desert flora. It is about 130 miles (209 kilometers) southwest of Phoenix.

Due to its remoteness, the 1,340 square kilometer park is a favorite crossing point for some smugglers. Human remains of suspected border trespassers are often found in the area.

While high temperatures at Organ Pipe Cactus National Monument regularly reach triple digits in the summer (above 37.7 degrees C), they peaked on Thursday in the 1990s (above 32.2 C) amid cooler monsoons. .

The officer who found the children began emergency care for the child while waiting for Border Patrol and National Park Service medical technicians.

An ambulance took the children to a hospital for additional medical care. The children were later returned to Border Patrol officials, who tried to rush them into the Office of Refugee Resettlement, which oversees the care of migrant children who are picked up in the US without families.

The Border Patrol’s Tucson Sector says it has seen a 12% increase in the number of unaccompanied minors smuggled across the border in the past fiscal year.