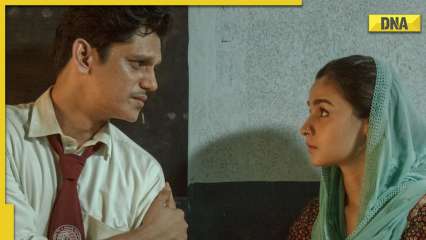 Today, Alia Bhatt uses the media to promote her next Netflix movie Darlings. Along with Shefali Shah, Vijay Varma and Roshan Mathew, she plays Badrunissa Shaikh, a victim of domestic violence, in the film. The hashtag #BoycottAliaBhatt started trending on Twitter just a day before the movie was made available on the OTT platform.

Nowadays it is common for internet users to disagree with the views of celebrities on certain topics. Thousands of people regularly tweet about “issues” with Bollywood movies these days, but the trend against Alia is a bit different. Many people think that the actress’ most recent work is a plot that supports domestic violence against men. In the movie Darlings, Vijay plays Hamza Shaikh, Badru’s husband, who beats her until she decides to take revenge by kidnapping and torturing him in the house where they both live.

The teaser shows Alia’s character beating up her husband with a pan, dumping water on his face, submerging his face in a tank of water, and constantly intending to treat him “exactly the way he treated her” instead of killing him. kill. In a short video, Hamza is tied to a chair as Badrunissa punches and administers shots to knock him out in retaliation for all the torment and violence she endured from him during their marriage.

#BoycottAliaBhatt who endorses DV on men.


By seeing this poster below, can I appeal to all “men and women” to just? #BoycottAliaBhatt

From trying to set a trend or promote a role model #criminal live to promote #Domestic violence #BoycottAliaBhatt pic.twitter.com/5AAwBPVQxH](@Try2StopME) August 3, 2022


See also  The Loud Move To #RecastTChalla In 'Black Panther'

#BoycottAliaBhatt has started trending in India.

She is #Amber heard from India. She made a film to promote domestic violence against Indian men.#BanNetflix@realsiff pic.twitter.com/lC6xmEG75n

For the inexperienced, Darlings has Alia as the star and was co-produced with Shah Rukh Khan’s Red Chillies Entertainment. The film, created by Jasmeet K. Reen, will hit Netflix on August 5.