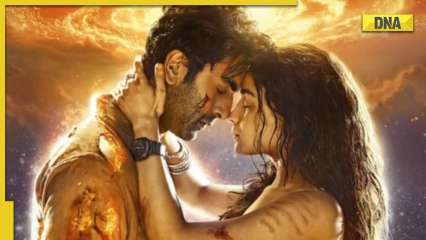 From Akshay Kumar starrer Samrat Prithviraj to Aamir Khan’s Laal Singh Chaddha, many films have dealt with the ongoing cancellation culture against Hindi films in the form of Boycott Bollywood and have been somewhat negatively affected by the same. There have been multiple reasons mainly related to the controversial statements of the protagonists in the past leading their movies to be targeted on social media by the boycott Bollywood brigade.

There had been similar calls to boycott Ranbir Kapoor and Alia Bhatt, starring Brahmastra, one of the most anticipated films of the year, ahead of its worldwide theatrical release on September 9. Ranbir Kapoor’s “beef” remark he made more than a decade ago on one of the food talk shows, Alia Bhatt and he were star children, and in the words of Kangan Ranaut “the standard bearer of nepotism” Karan Johar who supported Brahmastra, were some of the reasons behind the Brahmastra boycott.

However, with a massive collection of Rs 75 crore in its gross worldwide box office numbers, Brahmastra shut down trolls and the boycott brigade. The fantasy adventure epic, starring Amitabh Bachchan, Nagarjuna, Mouni Roy and Shah Rukh Khan in a pivotal cameo, collected Rs 225 crore in its opening weekend and on its tenth day of release, the film struck Rs 360 crore worldwide. , as shared by the creators.

Speaking of the domestic net collections, the big budget entertainer has become the second highest grossing of the year earning about Rs 213 crore and will soon pass The Kashmir Files which had hit Rs 252 crore at the box office, according to Bollywood Hungama report.

There have been several arguments as to whether Brahmastra can be a flop or a hit given its massive budget of over Rs 400 crore. However, Ranbir Kapoor has categorically said that the Brahmastra budget is not just for a single film, but for the entire trilogy, adding that the numbers floating around regarding the budget are incorrect.

See also  Where is Queen Elizabeth's funeral procession today and where can I see it?

While the movie’s exact budget is unclear, especially after Kapoor’s recent statement, it makes it even harder to say in black and white whether the movie is a blockbuster or not.

It is also common to issue domestic and foreign figures separately, which is not the case with Brahmastra. The film’s team, creators, and studio supporting the project have all only shared gross worldwide box office numbers, raising doubts about how well the film has worked separately in the domestic and foreign markets. Also, most of these numbers, according to a report in IANS, came from the more expensive multiplex properties in subways that showed the 3D version as film. Brahmastra’s performance, according to the report, was well below par on the single screens and in the interior. In smaller cities showing the 2D version, the shows were even canceled due to lack of audience.

So while the gross worldwide figures are officially shared by the film team, it remains unclear whether Brahmastra has managed to make a profit at the box office, thanks to its unclear budget.

However, when analyzing box office numbers, one should not fail to recognize that Brahmastra is the only film that has managed to draw audiences to theaters despite the Boycott Bollywood and Boycott Brahmastra trends.

Previously, only four Hindi films namely Gangubai Kathiwadi, The Kashmir Files, Bhool Bhulaiyaa 2 and to some extent Jug Jugg Jeeyo managed to draw the viewers to the cinema halls. It is noteworthy, however, that these four films did not face the ire of social media users, nor was there any call to boycott the aforementioned film.

So at a time when big-budget movies with superstars as headliners failed to deliver the project to the box office, Alia Bhatt and Ranbir Kapoor’s film gave a glimmer of hope to the film industry. So, credit where you need it!