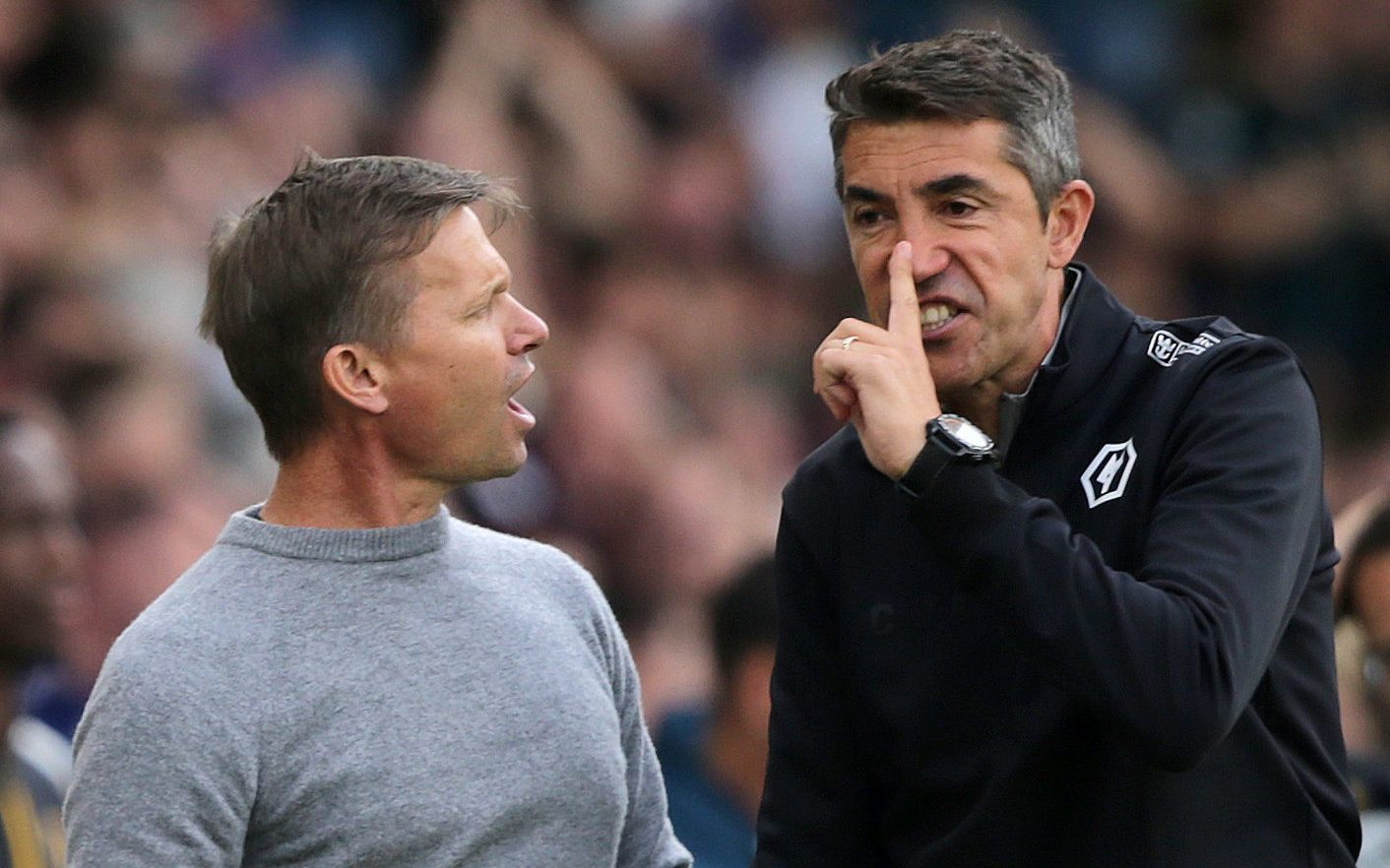 After the final whistle, there were fireworks in the technical room as the new Leeds team took their comeback victory. Before starting a lap of honour, Jesse Marsch got an ear from Wolves manager Bruno Lage, who was furious over a comment made by his counterpart earlier in the match.

The bad blood between the two started last season when Leeds wiped out a two-goal deficit to win at Molineux. This time, Marsch had clearly been unhappy with Hwang Hee-chan being knocked out in the face with a wave of the hand in the first half as words were exchanged again.

“There was a point in the first half when I heard something I didn’t like,” Lage said. “When he came to talk to me at the end, I said there are things you just can’t say.”

Having watched his team fight back from Daniel Podence’s opening goal to secure victory, Marsch was ready for battle himself, with the managers poking each other’s fingers. “First half today and second half. Last year too. Emotional moments. I wanted to be respectful, but it didn’t work out that way,” Marsch said.

It was a warm-blooded, energetic welcome to the Premier League for Marsch’s new signings. Leeds may have sold their two most influential players this summer, but have unearthed a new star in Brenden Aaronson.

As the American midfielder drove off to celebrate his part in the winning goal, the departure of Raphinha and Kalvin Phillips was a distant memory. It was also a justification for Marsch, who wanted the player after working with him at Red Bull Salzburg.

Aaronson, 21, actually played a key role in both goals after his new team conceded early. After winning the ball for Rodrigo’s equalizing goal, he slipped to end a cross that went into Wolves defender Rayan Ait-Nouri.

“It came from my shin somewhere in there. I deserve the credit,” said the midfielder, nicknamed Medford Messi, after his birthplace in New Jersey.