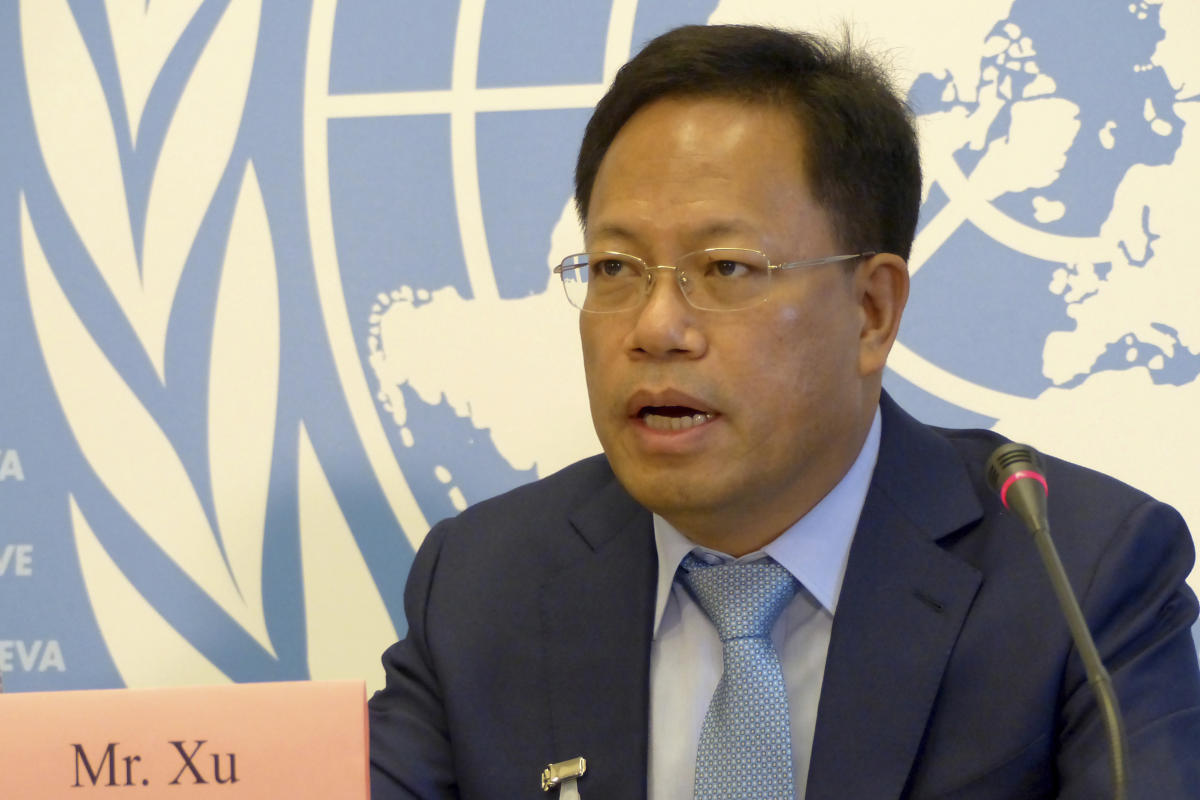 GENEVA (TSWT) – An envoy from China’s Xinjiang province said on Thursday that Chinese authorities are ready for a “fight” with “anti-China” critics in the West and elsewhere over allegations of human rights abuses in the anti-extremism campaign against Uyghurs and other Muslim ethnic groups in the region.

Xinjiang government spokesman Xu Guixiang said Chinese authorities would not be afraid if “anti-Chinese forces” try to use the ongoing Human Rights Council meeting in Geneva to take a closer look at the situation in Xinjiang.

Xu has spoken repeatedly in defense of China’s policies to combat violent extremism in Xinjiang. This week, he leads a delegation in Geneva to deliver the message to the law bureau and diplomats of the 47-member state council, of which both China and the United States are currently members.

Some Western countries are trying to monitor the rights situation internationally through the council after the UN law office released a scathing new report last month that alleged “crimes against humanity” had taken place in Xinjiang in recent years. Such Western efforts could come through a draft resolution or other steps in the council.

“If some forces in the international community — or even anti-Chinese forces — make so-called ‘Xinjiang-related motions’ or so-called ‘resolutions,’ we won’t be afraid,” Xu said. “We will resolutely take countermeasures and fight.”

See also  Cameron Diaz Reveals She Peed in a Pool: 'It's My Pool!'

Xu acknowledged, in a somewhat unusual admission, “Of course the human rights situation in Xinjiang is in the process of further improving and making more efforts,” before adding, “but there is no such thing as the massive violation of human rights as according to the Xinjiang report.”

He said China is looking for “exchange, dialogue and cooperation” and hopes to “learn from the favorable measures taken by other countries in the world” in the field of human rights. But Xu also urged that unspecified “human rights disasters” committed by Western countries should also be investigated.

See also  Bezos rocket crashes after launch, only experiments on board

In the waning minutes of her last day in office on August 31, the office of UN High Commissioner for Human Rights Michelle Bachelet released a report accusing China of grave human rights violations against Uyghurs and other mainly Muslim ethnic groups. It called on the world community to pay “urgent attention” to the situation in Xinjiang.

Human rights groups have accused China of driving a million or more people from the minority groups to detention camps, where many said they were tortured, sexually abused and forced to leave their language and religion.

Best hair straighteners of 2022 reviewed, with expert advice from a famous hairstylist

Best hair straighteners of 2022 reviewed, with expert advice from a famous hairstylist