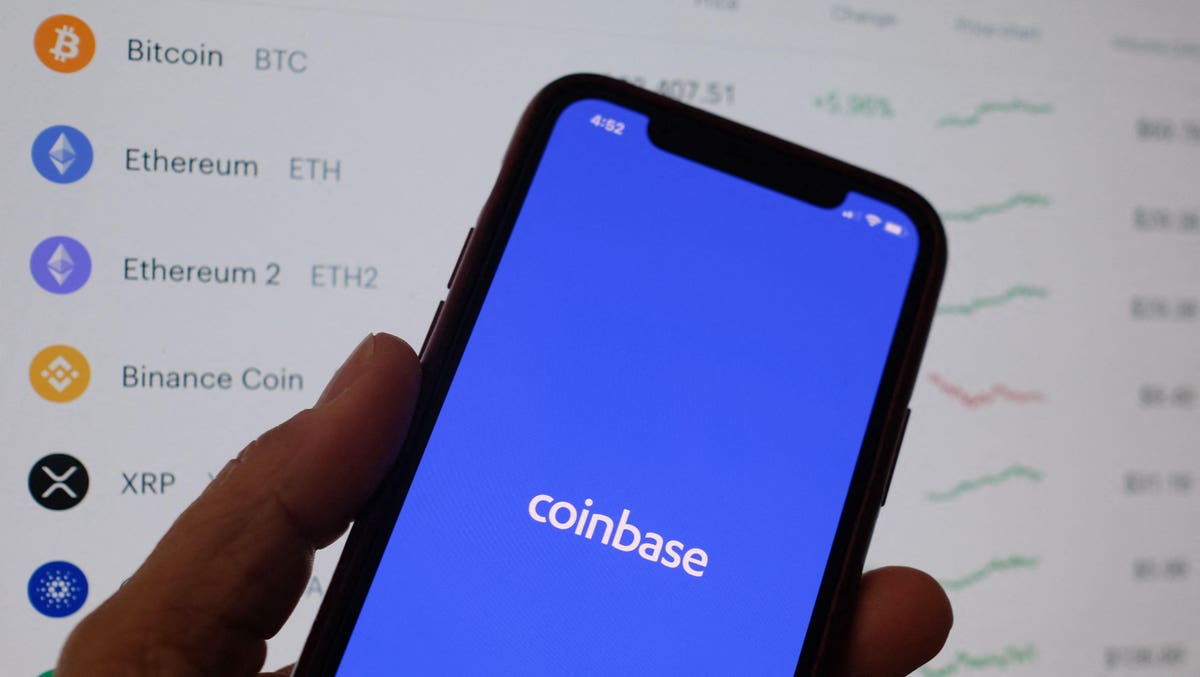 Shares of cryptocurrency exchange Coinbase Global rose to 44% in intraday trading Thursday. The stock – which remains nearly 65% ​​lower throughout the year – eventually closed 10% for the day.

The spark behind the besieged crypto platform’s sudden rise: a new partnership between Coinbase and BlackRock.

In recent years, Coinbase has played a vital role in developing and strengthening crypto markets. One of the more advanced offerings is Coinbase Prime, a full-service platform that helps institutional investors with crypto activities such as:

The goal of Coinbase Prime is to guide institutional clients through crypto transactions from start to finish. The platform also provides advanced security, insurance and compliance to ensure institutional investors can access crypto markets at scale.

Coinbase Prime currently has some 13,000 institutional clients, including hedge funds, corporate treasuries and other financial institutions.

Now Coinbase can count BlackRock among them.

New York-based BlackRock is the largest asset manager in the world, claiming approximately $10 trillion in assets under management. The new partnership between Coinbase and BlackRock will link Coinbase Prime to Aladdin, BlackRock’s end-to-end investment management platform for institutional investors.

Aladdin provides major investors with a suite of software tools to manage their extensive portfolios. Under the terms of the partnership, Aladdin users will now have direct access to crypto activities through Prime. Coinbase Prime allows institutional investors to manage crypto trading, custody, prime brokerage and reporting internally.

For now, both companies have confirmed that the partnership will start with bitcoin. It is unclear when they plan to add other crypto or digital offerings.

Coinbase and BlackRock: Big News on Both Sides

The partnership marks a major, not entirely sudden, shift for BlackRock, whose chairman Larry Fink has previously shamed bitcoin as a “money laundering index.”

But in recent years, BlackRock has slowly dived into web3, including introducing bitcoin futures in some products and services. In March, Fink wrote a letter to shareholders stating that BlackRock was investigating “digital currencies, stablecoins and the underlying technologies”.

In April, BlackRock said it would like to serve as the primary manager of USD Coin’s cash reverse. And in mid-June, Rick Reider, chief investment officer of global fixed income, stated that he believes cryptos like bitcoin are “sustainable assets” that will see higher prices in a few years.

When it comes to the Coinbase-BlackRock partnership, BlackRock’s Global Head of Strategic Ecosystem Partnerships noted that the company’s institutional clients are “increasingly interested in gaining exposure to digital asset markets.” The partnership, he explained, will “enable clients to manage their bitcoin exposures directly within their existing portfolio management.”

On Coinbase’s side, the company has published a blog post detailing a few points about the merger. The company noted that the partnership between Coinbase and BlackRock represents an “exciting milestone” in the adoption of fixed and institutional cryptocurrencies. Coinbase also stated that it is “honored to have industry-leading partners” and looks forward to “advancing Coinbase’s goal of providing greater access and transparency to crypto”.

Coinbase Gets Boost After BlackRock Announcement

On Thursday, Coinbase shares soared after the crypto exchange announced its upcoming partnership. Even after falling from a 44% profit to “just” 10%, the sudden jump added nearly $2 billion to the company’s market cap.

See also  Google and GameStop are splitting stocks, and here's what it means for investors

That’s especially noteworthy because the gains came on a day when major digital assets like bitcoin and ether turned lower. (Historically, Coinbase and bitcoin have maintained a close correlation since Coinbase’s launch.)

That said, while stocks are down nearly 63% YTD, they’ve seen some recent activity. That is, going short. Currently, more than 20% of Coinbase’s tradable shares are being sold short, reflecting investors’ belief that the company’s stock price will continue to fall.

But this week’s activity has taken a bite out of the potential profits of more than a few short sellers — sending a much-needed signal to crypto enthusiasts that Coinbase’s status as a crypto giant remains solid.

What the Coinbase and BlackRock Partnership Means for Crypto?

Many investors also became wary after the collapse of the Terra ecosystem in the spring. A recent string of breaches — including this week’s attacks on Solana and Nomad — have raised questions about the resilience and stability of crypto markets.

These adverse conditions appear to have hit Coinbase particularly hard as the company’s stock is down nearly 65% ​​YTD as of Thursday. The crypto winter caused Coinbase’s trading volumes to dwindle so low that the company announced a staff freeze this summer and laid off 18% of its staff. And recently, reports surfaced that Coinbase is under investigation by the SEC for allegedly allowing inappropriate trading of unregistered assets.

But breaking news may revitalize an industry ravaged by global events and investor nerves. In addition, the maneuver underscores how traditional Wall Street firms are preparing to expand deeper into crypto and its underlying technologies. Many investors believe that such institutional adoption is exactly what crypto needs to boost the asset’s prices, stability, and maturation as a serious investment.

Owen Lau, an analyst at Oppenheimer & Co., summed up the situation. “After this validation, Coinbase may be able to partner with more traditional financial industries. It shows that even with BlackRock’s size, they are going to partner with a crypto-native company, rather than build their own capabilities.”

Invest in crypto without the hassle of buying digital currencies

The collaboration between Coinbase and BlackRock is exciting, but ultimately it has little (direct) to do with you as a private investor. At the same time, the partnership could have significant long-term effects on the crypto market. If you’re into digital assets, you’d be remiss if you didn’t get in on the action.

The problem is that investing in crypto is complicated and incredible risky for the average investor. That’s why we make the process easy with our crypto-related investment kits.

For example, with Q.ai’s Crypto Kit, you don’t have to worry about security selection, risk management, or trading digital assets. And in the Bitcoin Breakout Kit, we link long-short trades between bitcoin and inverse tech ETFs, allowing you to offset different risks while taking advantage of the difference in the performance of each sector.

Best of all, investing in these kits is quick and easy. Simply deposit your money, select your risk level and let our artificial intelligence take care of the rest.