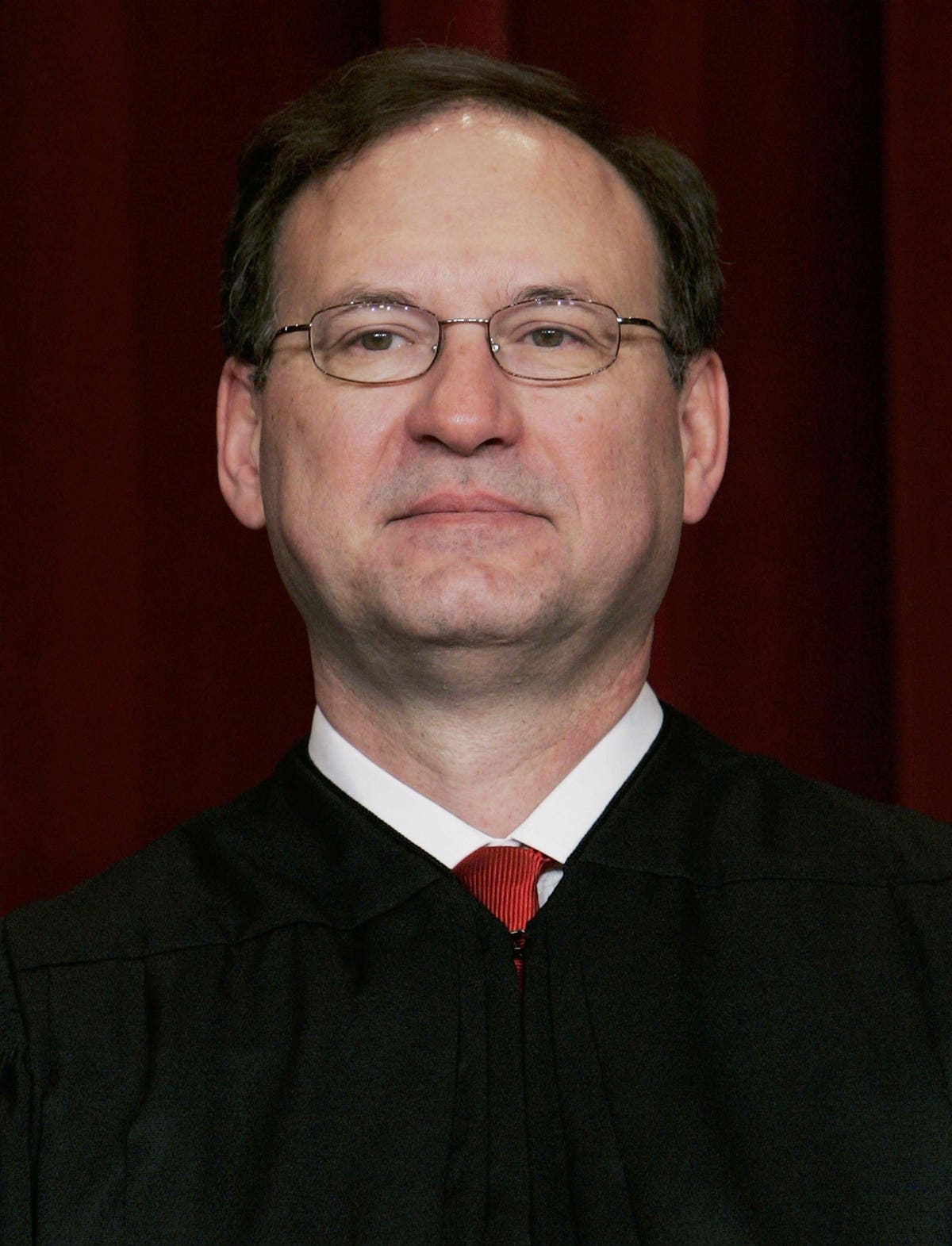 Besides prank calls, my college roommate Dave’s greatest passion is looking for bad writing in the Yale Daily News. As America’s Oldest College Daily is the reigning champion of non sequitur conclusions, it’s not an onerous search; the worst (or best) part of YDN articles is usually the last sentence. Here are some recent winners:

April 29 article on eugenics in Yale curricula. Last sentence: “The Yale School of Public Health is located on 60 College St.”

April 29 report on delay in payment of Yale summer stipend: “The Yale Center for International and Professional Experience is located at 55 Whitney Ave.”

Don’t fret, because YDN’s formula for ending articles extends from where all the way to when:

April 22 appointment of two new heads of college. Last sentence: “Both Davenport College and Jonathan Edwards College were founded in 1933.”

April 21 public reappearance of DKE fraternity after scandal: “The Yale chapter of DKE was founded in 1844.”

When Dave and I were students, YD-endings weren’t the result of some sadistic style guide, but merely banal, like concluding a five-paragraph essay by repeating the prompt. We found it so amusing, we spent hours writing a parody issue that included articles like:

#1. While the administration changes over and the debate about the future of Yale rages on, one thing seems to remain certain: classes will remain an integral part of the Yale educational experience.

#2. While the administration changes over and the debate about the future of Yale rages on, one thing seems to remain certain: dining halls will remain an integral part of the Yale educational experience.

While none of above holds a candle to the worst piece of writing to surface in recent weeks, bad writing is a big brake on American productivity. In one survey, over 80% of managers complained that bad writing wastes a lot of time. How much? Estimates of the percentage of work time spent reading start at 20% (workers spend 5+ hours each day reading and responding to e-mail), prompting one observer to estimate that 6% of total work hours are wasted trying to derive meaning from poorly written material. That may not sound like a lot, but – if true – translates into a $400 billion tax on employers. And that’s an estimate from five years ago, pre-Covid and the shift to remote work, and when there was less communication via text, social media, and SaaS platforms (where there’s less room or patience for complete sentences, let alone paragraphs). Thanks to digital transformation, we’re at an historic high in terms of work decisions made – initiatives undertaken or abandoned – on the basis of written communication, and probably at a high water mark of bad writing.

It’s not just productivity, it’s also sales. Customers are 80% less likely to buy products advertised with poor or incorrect writing. Bad writing also hurts B2B sales by reducing client confidence and giving counterparties a sense that they have the upper hand in negotiations. As a result, each year businesses spend over $3 billion on remedial writing training. Even CEOs need help. According to one executive coach, “many of these guys write in inflated language that desperately needs a laxative.”

So it should come as no surprise that bad writing’s also a career killer. Burning Glass found that the most consistently requested skill across all job postings is writing/communication. But unique among top-ranked skills (e.g., critical thinking, problem solving), writing is easily observable and assessable in the hiring process. According to the National Association of Colleges and Employers, about 25% of employers already use pre-hire assessments on skills like writing and 70% of hiring executives believe such tests will be common very soon. But most employers already evaluate writing from the get-go. SurveyMonkey found 92% of managers hiring for professional positions are less likely to hire candidates with bad writing on cover letters or résumés. Meanwhile, one recent search of LinkedIn discovered 214,680 people whose title is misspelled as “manger,” 58,649 who are “principles,” and 597 with “pubic” instead of “public” in their title.

Writing is not a last-mile skill; it takes years to become a good writer. And unlike last-mile business and technical skills, writing can be taught in a wide range of contexts. That makes writing the natural province of the 4+ year, multidisciplinary educational buffet we call college. And so in stark contrast to observable last-mile skills and emerging alternative credentials and pathways, writing is an area where colleges can and should be firmly and boisterously planting a flag.

College will never be about full-stack development. But it should be about full-stack writing: delivering readable, intelligible content in any work context. Full-stack writing begins with being able to write clear sentences. As most colleges think teaching students to write clear sentences is beneath them (i.e., high school), first-year courses tend to focus on rhetorical strategies, close reading, research, lived experience – pretty much everything except writing clear sentences. It’s easier to push students on ideas and content than overwhelm them with feedback on writing mechanics. Not surprisingly, there’s not a lot of research on the pedagogy of writing clearly.

If and when students learn to write clearly, they need to write more often. Only half of all college students take more than five courses requiring 20+ pages of writing. Nearly one-third never write a 10+ page paper. It’s no wonder that Arum and Roksa found 45% of students showed no significant improvement in writing after two years of college.

The most successful colleges stop here. But that’s not full-stack writing. Essays may be the best way to learn to write clearly and logically, building sentences and paragraphs; as anyone who’s read a bad essay knows, that’s a lot of heavy lifting. But even strong college writers only master one (academic) context for one (faculty) audience, leveraging rubrics and techniques they’ve been taught since grade school. While writing essays establishes an operating system of writing, effective written communication on the job requires mastery of dozens of apps.

Like their full-stack developer cousins, full-stack writers are Swiss Army Knives of writing – writing convincingly in any context – starting with cover letters and résumés, and continuing with the likes of:

· Newsletters that try to inform and amuse, only to end up as lists of forms of professional writing

Few college graduates are exposed to any of the above before attempting career launch. It’s not just format. It’s communicating ideas effectively to a different audience in a specific structure, vocabulary, syntax, and style. So when new college grads start work and encounter an alphabet soup of writing forms, structures, vocabularies, syntaxes, and audiences, it’s like they’ve been coding in HTML for years and all of a sudden are expected to draw on a new universe of languages and tools to build functional software. So they write inappropriately or poorly on cover letters, résumés, and the rest, dampening productivity and fostering employer unhappiness, unemployment, underemployment, and delayed career progression.

For all these reasons, few college graduates are practiced at writing BLUF (bottom line upfront). But here’s the bottom line: when it comes to producing the full-stack writers employers need, colleges can and should do much more. Here are a few ideas for overcoming the hurdles.

I understand why faculty shy away from trying to teach students to write clear sentences. What’s the point of cluttering up a paper with hundreds of comments? How much can possibly be accomplished in a single semester, especially when the baseline is low? College’s structure of disconnected, independent courses isn’t well suited to teaching students to write clearly. But a pathway is. Colleges intent on becoming full-stack writing institutions should supplement discrete courses with a continuous pathway, including tracking writing progress from courses to course, goal setting, and consistent coaching. Writing support shouldn’t be an option, but rather mandatory and constant to produce full-stack writers.

Grading papers is hard work. Multiple lengthy writing assignments are impractical in large lecture courses, at least not without taking the exploitation of cheap grad student labor to a dangerous level. So full-stack writing may mean smaller courses, which could diminish the attractive economics of most undergraduate programs. But not necessarily. Technologies like Deep Dives, a new Packback product coming to market this fall, combine a digital writing coach for students (providing instant feedback on mechanics according to a faculty-specified rubric) with a digital grading tool for faculty (AI-assisted scores) and allow faculty to provide necessarily feedback on mechanics while remaining focused on ideas and content. (Disclaimer: Packback is a University Ventures portfolio company.) Technology can help make writing-intensive courses an oxymoron; if it’s a college course, it should be writing-intensive by definition.

Full-stack writing’s biggest challenge is exposing students to the forms of writing they’ll encounter at work. At a minimum, it will require new and different assignments, which means more work for faculty who’ve been teaching the same way for years. It may also mean different faculty because incumbents aren’t familiar with RFPs or UX design documentation (not covered in Ph.D. programs). And because these formats aren’t highly compatible with the arts, humanities, and social sciences, it probably also means some new and different subjects, some of which will relate to technology. And that’s not academic armageddon. Digital transformation has dramatically increased the need for technical writing. As work has digitized, coherent writing about software and technology is a must-have for employees. But college students currently face a Venn diagram with little to no intersection between courses that require writing and STEM courses.

Yale Daily News student journalists may be using a dumb format for concluding articles. (Try ending an essay like that; see what kind of grade you get.) But at least it’s a different format. And who knows? Some alumni may find a match with an employer that mandates insane non sequiturs at the end of client proposals.

Another benefit of full-stack writing is the modification or elimination of the U.S. News rankings of Best Colleges for Writing. U.S. News’ current dumb methodology (even dumber than the main because 100% tautological) consists of asking presidents, provosts and deans to nominate schools for writing. Not surprisingly, with one exception (Iowa, a result of the famous Writers’ Workshop), they’re all Ivy League and elite liberal arts college. There are no other public universities on the list.

College’s unhealthy monoculture is beginning to produce barren fields. Full-stack writing will allow institutions to differentiate in a way that answers student concerns about employability while remaining honest about the technical/digital and (other) business skills academic institutions aren’t well positioned to address. Even if there’s a cost to having students write more clearly, frequently, and widely, the likely employment payoff could be key to attracting and retaining students in the coming bear market for bachelor’s degrees.

So I hope a few colleges try to stand out as full-stack writing institutions, particularly large, urban, public institutions where students have the most to gain from becoming full-stack writers. And then I hope the Yale Daily News runs an article on these schools, ending with either their address or the year they were founded.

The odds are stacked against ethnic minority teachers early on

A man died after stabbing a CTA Blue Line train