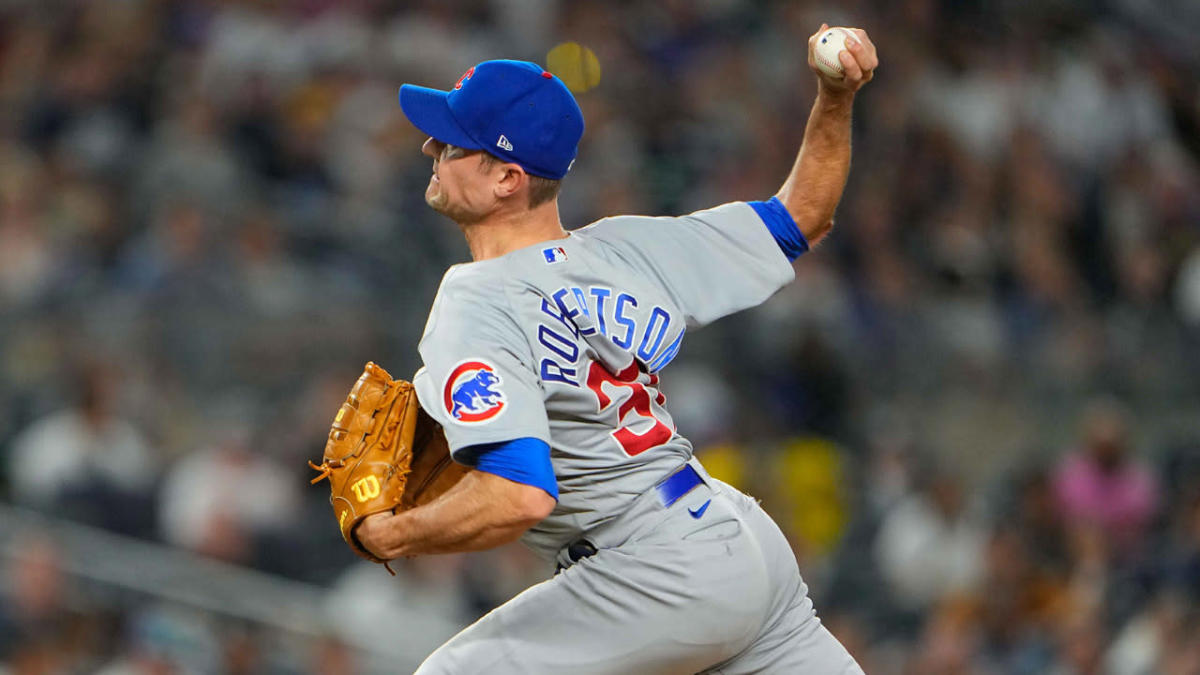 David Robertson has accomplished a lot in his career, from individual feats to winning the World Series. But at least one thing is missing.

Well, until Wednesday. In the Cubs’ 14-5 win over the Pirates, Robertson entered the batting box for his first career plate appearance.

Robertson had a long major league career, but it’s not like he had a ton of chances to hit. He’s a reliever who has spent 12 of his 14 seasons in the American League.

MLB’s adoption of Universal DH this season made entering the box even less likely for Robertson, who was already fourth all-time in games played (695) without an appearance at the plate.

Heck, Robertson never even batted in the minor leagues. But circumstances finally aligned on Wednesday.

The Cubs led Pittsburgh 10-1 in the ninth inning and Robertson was in the game after pitching the eighth. After a grand slam from Alfonso Rivas extended the lead to 14-1, manager David Ross burned his DH spot and sent him closer to the plate.

And the smile on Robertson’s face said it all.

Robertson didn’t have his own batting equipment, so he borrowed Christopher Morel’s bat and Yan Gomes’ helmet, according to the Chicago Tribune’s Meghan Montemurro.

Adding to that unique moment, Pirates infielder Diego Castillo was on the mound to take on Robertson – who worked six pitches at bat. Castillo hit 55.4 mph.

Castillo had Robertson hit on a 51 mph eephus, and although the pitch was out of the zone, Robertson wasn’t looking.

“I was just trying to swing hard and hit the ball,” a smiling Robertson said in an interview that aired on Marquee Network’s postgame show.

“I really didn’t think of anything else. It looked like the mound was very close.”

Robertson may have hit it off, but he finally has this appearance on his resume.

Oh, and he threw a scoreless inning that lowered his ERA to 1.75.