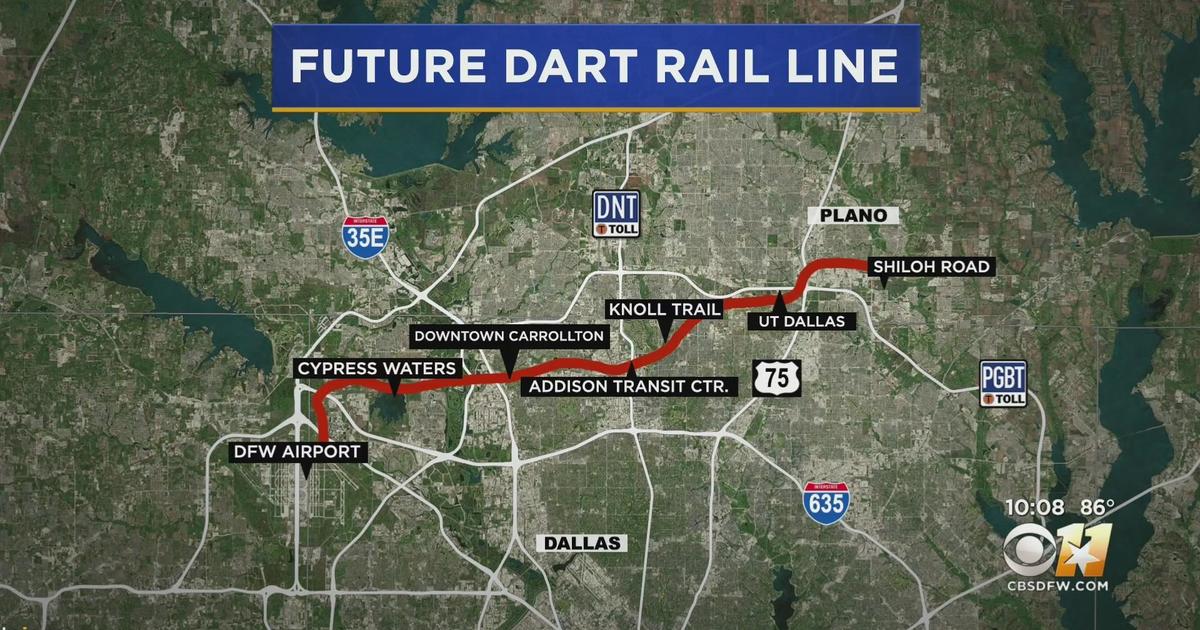 DALLAS (TSWT) – DART hosted a meeting on Tuesday to discuss the Silver Line Regional Rail Project, something that people in North Dallas have been talking about for years. Now the topic continues after construction has started and the traffic flow has changed significantly.

“We were lied to, we thought it would be the smaller DART trains, but I now understand they will be the big ones like they did for the TRE Express,” resident Ann Gross said. “They’ll be rumbling through our neighborhoods. I’m going to hear it when they blow their whistles in the middle of the night.”

Many people who attended the project meeting said they were there to express their concerns.

“The main concern is safety,” said resident Dawn Coates. “There are some things that DART had promised that it looks like they won’t be able to deliver, or they choose not to deliver, and that’s a big concern.”

Since construction began last month, the Hillcrest Road project has resulted in one lane in each direction, sometimes completely closed.

There are also concerns because this construction is near a police and fire station.

“If you have DART trains coming through you can be delayed by 35 to 45 seconds and if it’s my life I’d like it to come faster,” Coates said.

“Unfortunately, I have no hope,” Mendelsohn said. “I think my role has changed from being an attorney to trying to enforce existing agreements and letting affected homeowners know that they should probably get a lawyer.”

Mendelsohn was critical of the project. She said she is not happy with the level of communication DART has had with the community.

“The community is not happy with the level of communication and especially the feedback and input the community has provided has not been received in a way that means they have modified the plan,” Mendelsohn said.

DART had spokespersons at the meeting and they told TSWT 11 that they have made sure that everyone has access to all updates on this project and that they are listening to everyone’s concerns.

“We have a very large safety program with the schools, but we are also working closely with the Dallas Fire Department, Dallas Police Department and local residents to ensure that whatever we do as construction progresses will help address their concerns,” DART Director of External Relations Gordon Shattles said.

The people TSWT 11 spoke to said they understand adding transportation in their community, but they just want transparency.

This meeting is part of the monthly series of meetings that DART organizes for people who want to know the latest information about the project. On Tuesday, DART focused on answering questions related to their agenda, other questions will be answered at the next meeting or via email.

Alexis Wainwright is an Emmy Award-winning journalist. Before moving to the Lone Star State, she was a reporter and held some anchor duties at KARK-TV in Little Rock, Arkansas.