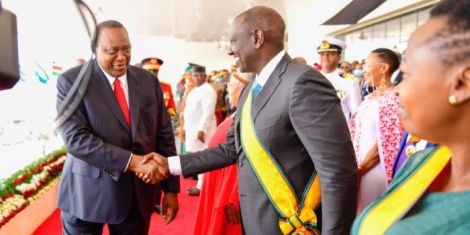 Details of Vice President William Ruto’s secret meeting with residents of Njoro and Molo, where he chased reporters from covering the event, emerged after a section of reporters managed to sneak in.

According The standard, the vice president dwelt on his election pact with President Uhuru Kenyatta even as he tried to justify why he had twice backed the incumbent head of state.

He noted that the Rift Valley was the most affected by the post-election skirmishes, adding that the partnership with Uhuru was aimed at bringing peace to the region which is mainly home to the Kikuyu and Kalenjin tribes.

Ruto said he would have chosen to run but would have lost in the polls and come in third place.

“Looking at the politics of the country after the 2007 general election, the biggest problem when it gets there, the most affected are the people of the Rift Valley. I sat down with my friend Uhuru and had a chat,” he said.

Additionally, the DP recounted discussions he had with various leaders who sought his support before choosing to partner with Uhuru.

In particular, he said Wiper leader Kalonzo Musyoka had urged him to back his candidacy, adding that he had been warned he would be jailed for 10 years if he failed to gain office.

“Kalonzo told us that he is an international lawyer. He said that the two of us would be imprisoned for about 10 years and instead asked us to support him to be president. He said that when his 10 years were over, we would be out of prison,” Ruto explained.

In addition, he added that he was considering partnering with Defense Cabinet Secretary Eugene Wamalwa. However, their partnership had no chance of winning power.

“I asked Eugene: Uhuru aside, can you even defeat me? We even tried to ask him to come together and offer him a job, but he refused.

The Vice President added that it was easier for him to support Uhuru than to return to the Orange Democratic Movement (ODM) party to support Raila Odinga.

“I was lucky to support Raila because it was obvious that if I supported him, he would have won. The same would have happened if I had supported Uhuru. It was easy for me to support Uhuru.” 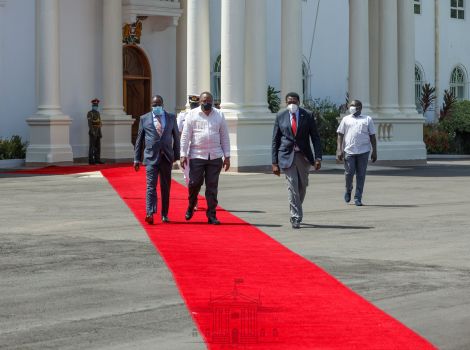