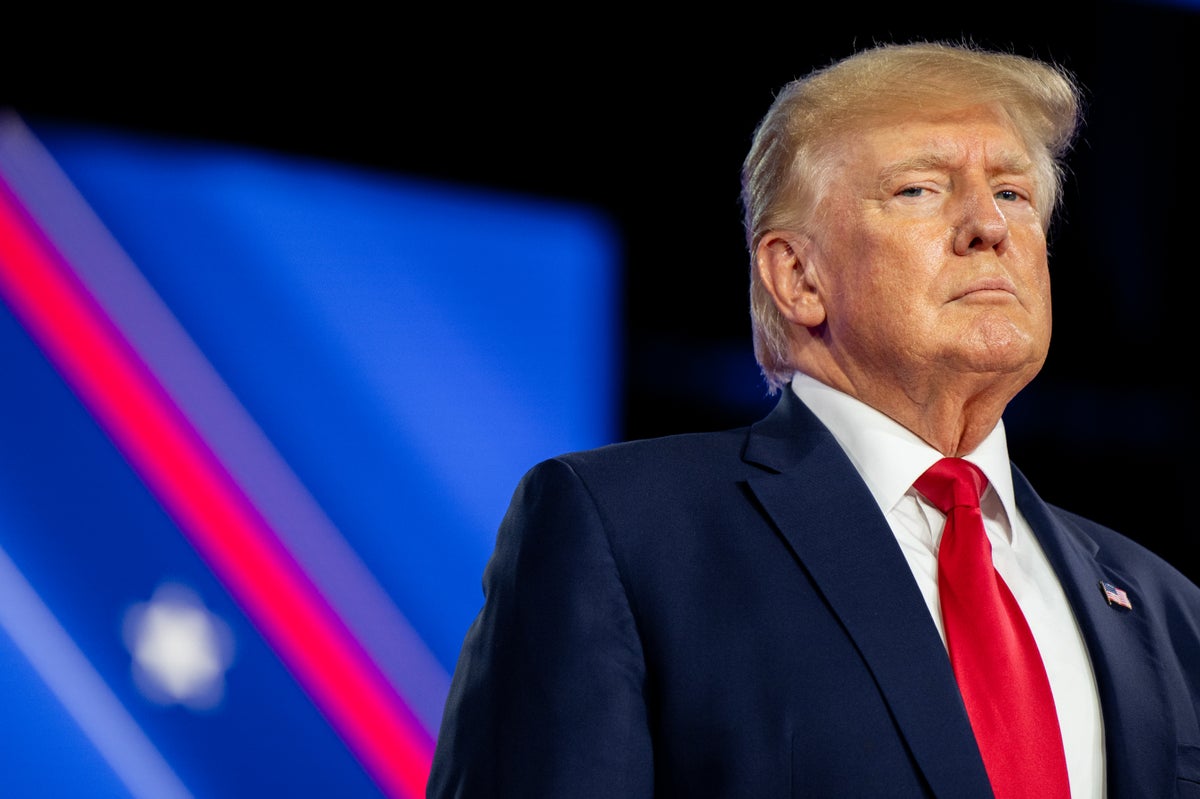 Donald Trump attacked U.S. Senator Joe Manchin during his Conservative Political Action Conference (CPAC) speech on Saturday, in which he vowed to campaign against the West Virginia Democrat, who he says “destroyed” the state by joining the budget and climate of the Democrats agreement.

“I will go to war and campaign against him as hard as anyone can,” Trump said, provoking one of his biggest rounds of applause of the night.

The former president also claimed that Mr Manchin, who will not be eligible for re-election until 2025, promised not to vote against him in the impeachment process.

“I would never vote against you, you are a great president,” Trump told the senator.

Mr. Manchin voted against Mr. Trump on both of his charges.

Mr Trump also went after another moderate who was seen as a potential obstacle to the Democratic social spending package, Kyrsten Sinema. In his speech, he suggested that he could also attack her in her home state.

“What happened to Manchin and Sinema?” said Mr Trump. “What happened? We’re trying to figure out what the hell happened. Where did this new philosophy suddenly come from?”

But the former president didn’t just attack the Democrats.

He also sharply criticized Senate minority leader Mitch McConnell, calling him an “old, broken crow” who was taken “for a ride” by Democrats during the 2021 bipartisan infrastructure deal approval.

Mr Trump says he warned the Senate leader that Democrats would continue to push for more social spending and tax hikes, even as parts of the Democrats’ so-called Build Back Better agenda were disconnected from the infrastructure deal so it could be passed.

“McConnell is the most unpopular politician in the country, even more than crazy Nancy Pelosi,” Trump said. “Something has to happen. He raises large campaign contributions for senators. That’s how he keeps his power.”

During his CPAC address, Mr. Trump also celebrated the results of a straw poll conducted at the conference, which revealed that he was the overwhelming favorite for the GOP 2024 presidential nomination among those in attendance.

“I’d better win that straw survey,” he said with a laugh, describing when he heard the results.

“When you see those numbers, there’s a great sense of unity not only in CPAC, but also in the Republican Party.”