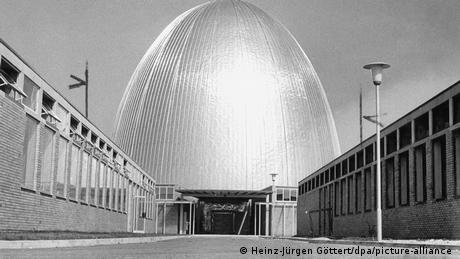 A TV interview in early September marked the turning point for Germany’s most popular politician: Economy Minister and Vice-Chancellor Robert Habeck, visibly exhausted, appeared on public broadcaster ZDF, where he was asked whether he feared a wave of insolvencies because of the rising energy prices.

In an obvious attempt to make the situation seem less dramatic, he spoke incoherently about small bakeries possibly having to halt production, leaving his audience wondering whether the minister understood what actually constitutes insolvency.

The backlash on social media was swift and fierce. Jorg Goldenbaum, a master baker from the northern German state of Lower Saxony, was one of the many who took to Twitter to vent their anger at the government: “They don’t give a damn about small businesses,” he wrote.

While Habeck in a show of confidence responded by announcing plans for “redesigning the European energy market.”

The pivotal issue of empathy

“With statements, such as the possible end of production for small bakeries, Robert Habeck failed to show the necessary empathy for the plight of certain groups in society. Empathy, however, is a core element of good crisis communication,” communication scientist Andreas Schwarz of the Technical University (TU) in Ilmenau told TSWT.

Since the center-left coalition government came to office in December 2021, Habeck outshone Chancellor Olaf Scholz from the Social Democrats (SPD). Since the Ukraine war began, he was seen traveling the world in search of energy sources to replace Russian gas. He reached the hearts and minds of the public with straightforward and emotional messages of genuine concern. He showed compassion and shared his thoughts, while the chancellor seemed aloof and tight-lipped.

“Robert just needs to get some sleep and have a good rest,” one of his Green Party colleagues told TSWT.

But there’s simply no time for that at this moment of crisis. Habeck is the Economy Minister and Vice-Chancellor and people expect him to steer the country through the winter as energy costs skyrocket.

“When fears of price increases and security of supply dominate perceptions and at the same time the political measures that are communicated to the public are perceived as ineffective or insufficient, negative reactions increase — the rejection of the measures, blaming politicians, conspiracy theories. The current criticism of Habeck’s measures leads to this kind of situation,” says analyst Andreas Schwarzer.

Two measures, in particular, announced by Habeck over the past few weeks, are causing tempers to flare up.

One is the decision to keep two of Germany’s three remaining nuclear power stations on emergency standby throughout the winter, instead of switching them all off as planned at the end of this year.

The conservative opposition, business leaders, and even the business-oriented Free Democrats (FDP) — the smallest party in the coalition government — are all calling for Germany’s nuclear power stations to continue operating. They point out the desperate need for every bit of electricity that is not generated by gas.

But Habeck, whose portfolio as minister includes not just economy but climate action and the energy transition, is “under pressure from different sides and different interest groups,” explains political scientist Wolfgang Merkel.

On the one hand, he has to help ensure that all available domestic energy sources can contribute to the overall supply, including coal and also nuclear power.

On the other hand, Habeck is a leading politician of the Greens and has to stand by his party’s core principles, such as the complete phase-out of nuclear energy and of fossil fuels, including coal.

The second controversial issue is that of a levy on natural gas (Gasumlage) Habeck announced a few weeks ago: an additional 2.419 euro cents per kilowatt hour to be paid by all of the country’s gas-consuming households and businesses from October onward. The surcharge is meant to prop up struggling energy providers, who have been forced to buy expensive gas from other places than Russia.

Half of all German households are heated with natural gas, and Habeck estimated the levy to amount to “several hundred euros” annually per household — with tax to pay on top.

But the minister said there was no other way to prevent the breakdown of Germany’s energy supply system.

Just days before the fateful interview, Habeck found himself having to admit that his gas levy plans may have been a mistake: The surcharge meant to prop up struggling energy providers turned out to benefit profit-making companies too.

On September 21, Habeck insisted again the levy plans had to be implemented. 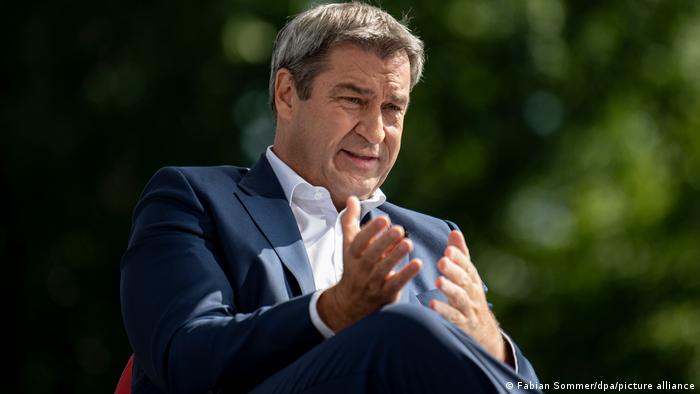 The leader of Bavaria’s powerful Christian Social Union (CSU) party, Markus Söder (CSU), has demanded the levy be scrapped. “The gas levy should be abolished. It is a political misconstruction and drives consumer prices up unnecessarily,” Söder, who also serves as Bavarian state premier, told the Augsburger Allgemeine newspaper.

Habeck meanwhile has promised better days ahead: “If we get through this winter, we have a good chance of getting significant relief in Germany next summer and next winter.” But amidst the current debate, such words fail to calm the mood.

“Because of Habeck’s high popularity and celebrated communication style, the political opposition, his competitors in the government and also individual interest groups in society have increasingly focused their attention and criticism on Habeck as a person,” says communications expert Andreas Schwarz.

“Precisely because of Habeck’s initial success, he is being observed very closely and scrutinized for any weakness in his communication,” he adds.

A crash in the polls

That’s exactly the case now, and Habeck’s reaction to it is more thin-skinned than many would have expected.

After months of soaring polls, the Greens continue to lose in the polls. In the Trendbarometer poll published Tuesday by the Forsa Institute, the Greens are still in second place, after the conservative Christian Democrats and the Bavarian CSU, but have sunk two notches to 19% support. Habeck’s personal ratings also dropped.

And in mid-October, the minister will have to face his own base at the Green Party convention in Bonn. Difficult times lie ahead for the political star of the Greens.

While you’re here: Every Tuesday, TSWT editors round up what is happening in German politics and society. You can sign up here for the weekly email newsletter Berlin Briefing.