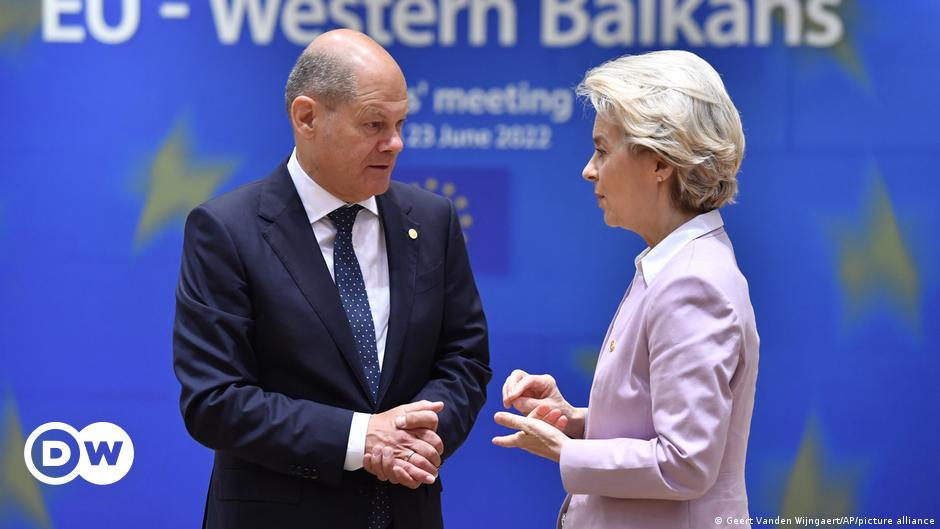 European Council President Charles Michel made the announcement after talks between the leaders of the 27 EU member states.

Ukrainian President Volodymyr Zelenskiy hailed the move, calling it a “unique and historic moment” in relations with the 27-nation bloc.

“The future of Ukraine is in the EU,” he tweeted.

Moldovan President Maia Sandu tweeted that the decision was a “strong signal of support for Moldova and our citizens”.

The 27 EU nations have been largely united in support of Ukraine since Russia invaded on February 24, enacting unprecedented economic sanctions against Moscow. Just four days after Russia launched the war, Ukraine applied to become a member of the EU.

Member states were initially divided on how quickly the bloc should accept Ukraine as a member, with the Netherlands, Sweden and Denmark among the most skeptical.

But Ukraine’s bid received a boost last week when the European Commission gave its approval based on Kyiv’s responses to a questionnaire.

Estonian Prime Minister Kaja Kallas told TSWT that the European Union has a window of opportunity to convince Ukraine and Moldova to implement the reforms required for EU membership.

“If you lose this window of opportunity because you do not give hope, then Ukraine and Moldova will not make the reforms that we also need. Getting rid of corruption, also being a country of law” , she said.

See also  American workers are up for grabs

Earlier on Thursday, the European Parliament voted in favor of granting EU candidate status to Ukraine and Moldova.

“This will show leadership, determination and vision in the context of Russia’s war against Ukraine,” she tweeted.

Meanwhile, leaders failed to break the deadlock over stalled membership offers from North Macedonia and Albania.

The two countries achieved candidate status in 2005 and 2014 respectively, and Dimitar Kovacevski, Prime Minister of North Macedonia, responded to the lack of progress. “What happened is a serious blow to the credibility (of) the European Union,” Kovacevski said during a press conference after the summit.

“For almost 20 years, the countries and citizens of the Western Balkans have been waiting for the opportunity to become members of the European Union,” Scholz said ahead of the Brussels summit.

Scholz mentioned that North Macedonia even changed its name to pursue its aspirations to join the European Union.

“We are gatekeepers for tomorrow’s changemakers,” says Africa’s ECD leader

High inflation will last longer than expected, say consumers and businesses at the Bank of Canada | Radio-Canada News

“We are gatekeepers for tomorrow’s changemakers,” says Africa’s ECD leader