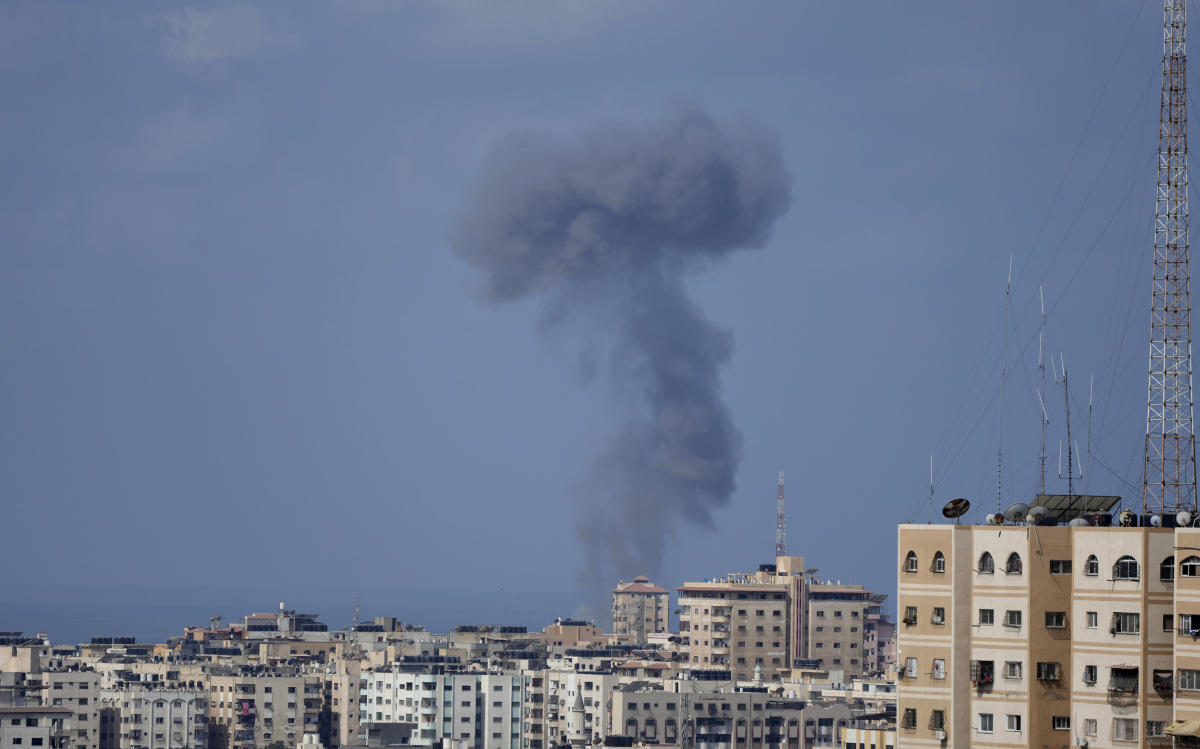 TEL AVIV, Israel (TSWT) — Israel and Palestinian militants in the Gaza Strip exchanged fire on Saturday in the worst bout of cross-border violence since an 11-day war between Israel and Hamas last year.

Israeli airstrikes have killed 11 people, including a senior commander of the Palestinian Islamic Jihad, an Iranian-backed militant group, who was killed in a targeted attack.

That came after the arrest this week of another high-ranking Islamic Jihad leader in the West Bank in what was a months-long Israeli operation to apprehend Palestinians suspected of attacks.

Militants have fired dozens of rockets into Israeli towns and villages, disrupting the lives of tens of thousands of people.

Here’s a look at the latest round of violence:

IN THE SHADOW OF HAMAS

Islamic Jihad is the smaller of the two main Palestinian militant groups in the Gaza Strip, and is vastly outnumbered by the ruling Hamas group. But it enjoys direct financial and military support from Iran and has become the driving force in launching missile strikes and other confrontations with Israel.

Hamas, which took control of Gaza from the internationally recognized Palestinian Authority in 2007, is often limited in its ability to act because it bears responsibility for the day-to-day running of the impoverished area. Islamic Jihad has no such duties and has emerged as the more militant faction, sometimes even undermining Hamas’s authority.

The group was founded in 1981 with the goal of establishing an Islamic Palestinian state in the West Bank, Gaza, and all that is now Israel. It has been designated a terrorist organization by the United States Department of State, the European Union, and other governments. Like Hamas, Islamic Jihad is sworn to destroy Israel.

Israel’s nemesis Iran provides Islamic Jihad with training, expertise and money, but most of the group’s weapons are produced locally. In recent years, it has developed an arsenal similar to that of Hamas, with longer-range missiles capable of hitting the Tel Aviv metropolitan area in central Israel. Air raid sirens went off on Friday in the suburbs just south of Tel Aviv, although no missiles appear to have hit the area.

While its base is Gaza, Islamic Jihad also has leadership in Beirut and Damascus, where it maintains close ties to Iranian officials.

Ziad al-Nakhalah, the group’s supreme leader, was in Tehran to meet with Iranian officials when Israel began its operation in Gaza on Friday.

This is not the first time Israel has killed Islamic Jihad leaders in Gaza. The commander who killed it on Friday, Taiser al-Jabari, replaced Bahaa Abu el-Atta who was killed by Israel in 2019. His death was the first high-profile assassination of an Islamic Jihad figure by Israel since the 2014 war in the Gaza Strip.

Al-Jabari, 50, was a member of the “military council” of Islamic Jihad, the group’s decision-making body in Gaza. He oversaw Islamic Jihad’s militant activities in Gaza City and the northern Gaza Strip during the 2021 war. Israel said it was preparing to launch an anti-tank missile attack on Israel.

His death came on the heels of Israel’s arrest of a high-ranking Islamic Jihad commander in the West Bank earlier this week. Bassam al-Saadi, 62, is a senior Islamic Jihad official in the northern West Bank. According to Israeli media, al-Saadi was working to increase the group’s reach in the West Bank and expand its capabilities.

Al-Saadi spent a total of 15 years during various periods in Israeli prisons because he was an active member of Islamic Jihad. Israel killed two of his sons, who were also Islamic Jihad militants, in separate incidents in 2002, and destroyed his home the same year during a fierce battle in the West Bank city of Jenin.

“Once you hit the commanders, it immediately affects the entire organization,” said Zvika Haimovich, the former head of the Israeli army’s air defense force.

“It immediately creates a big mess in the Jihad.”

Since taking power in 2007, Hamas has fought four wars with Israel, many with the support of Islamic Jihad fighters. Aside from a flare-up earlier this year, the border has been largely quiet since last year’s 11-day war and Hamas appears to be on the sidelines of this current conflagration, which could prevent it from turning into all-out war.

Islamic Jihad militants have challenged Hamas by firing rockets, often without claiming responsibility, to raise its profile among Palestinians while Hamas maintains the ceasefire. Israel holds Hamas responsible for all rocket fire from Gaza.

Hamas must walk a tightrope between curbing Islamic Jihad’s fire on Israel and avoiding the wrath of the Palestinians when it hits the group hard. As with previous flare-ups, Hamas will have the final say on how long — and how violently — this round of combat will last.

The current fighting comes as Israel is mired in a protracted political crisis that sends voters to the polls in the fall for the fifth time in less than four years.

Lapid, a centrist former TV host and author, lacks the security background that many Israelis consider essential to their leadership. His political fortune could rest on the current fighting, either getting a boost as he portrays himself as a capable leader or taking a blow from a lengthy operation as Israelis try to enjoy the final weeks of the summer.

Lapid hopes to defeat former Prime Minister Benjamin Netanyahu, a security hawk on charges of corruption, in the upcoming vote.