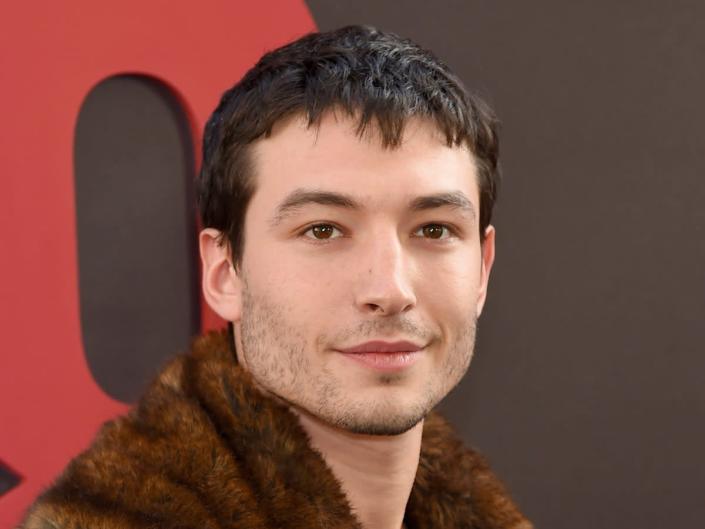 Video footage has suggested that Ezra Miller’s farm in Vermont is a dangerous environment for a mother and her three children whom they house.

According to local sources, the Glow The actor has been hosting the 25-year-old and her children, aged one to five, since mid-April.

Miller and the woman apparently met in Hawaii, where the actor was visiting in March and where they racked up a number of arrests.

In a recent report by rolling stone, two sources with knowledge of the current situation expressed concern for the safety of children on Miller’s 96-acre property, saying there were unattended firearms lying around the house.

A source recalled an incident in which one of the children – aged one – allegedly put a stray bullet in his mouth.

The children’s father told the outlet that Miller allegedly bought a flight out of Hawaii for the woman and her children, without his knowledge, and has not seen or heard from them since.

“I’m going through hell and back,” the father said. “I have a bad feeling in my stomach…I want to go get my kids, they mean the fucking world to me.”

The mother and children appear to still be residing at the farm, according to photos posted to the mother’s Instagram as recently as Monday (June 20). Additionally, both sources confirmed seeing the family of four there, in an environment unsuitable for children.

Video footage from April, which was reviewed by rolling stonerevealed at least eight assault weapons, rifles and handguns strewn around the living room, with some weapons leaning against a pile of stuffed animals.

The mother told the outlet that Miller helped her escape from a “violent and abusive ex” and that they “finally helped me…to have a safe environment for my three very young children”. The father denied all allegations of abuse.

“They may have firearms for self-defense purposes and they are stored in a part of the house where children never enter,” the mother added. “My children are able to relax more into their recovery because of the security and nurturing that Ezra has given them.”

Both sources further allege that there was persistent and heavy use of marijuana with the children present. rolling stone learned that there is also a “significant cannabis growing farm” on Miller’s property.

Since learning of the alleged weapons and drugs on Miller’s property in mid-May, the father has called the Vermont Department of Children and Families and local authorities to carry out wellness checks.

However, the father says the police ignored his concerns, while the social worker handling the case said he saw nothing wrong when he visited the house.

The news follows earlier accusations against Miller, including one brought by the parents of 18-year-old environmental activist Tokata Iron Eyes, accusing the actor of using violence to “dominate” their child.