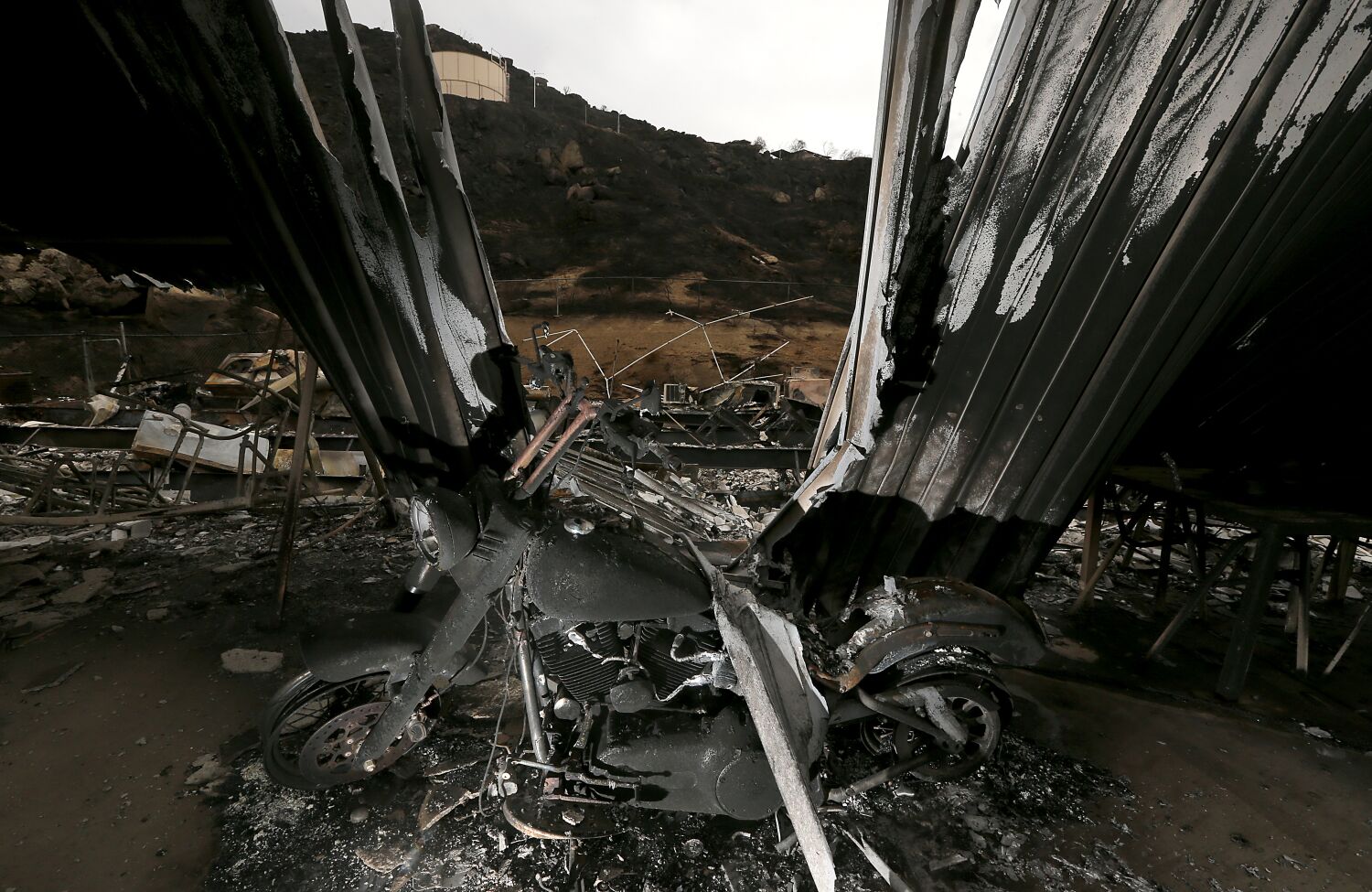 Multiple families have filed a lawsuit against Edison in Southern California, alleging that the utility failed to properly shut off the power lines and caused the deadly Fairview fire in Hemet, which destroyed dozens of buildings.

The fire, which ignited Sept. 5 near Fairview Avenue and Bautista Canyon Road, had burned 28,307 acres and was contained 98% by Wednesday, the most recent day for data, according to the California Department of Forestry and Fire Protection. The fire killed two people and displaced tens of thousands of residents after forced evacuations. The cause of the fire is being investigated.

According to the lawsuit, filed Wednesday, the California Public Utilities Commission has authorized Southern California Edison and other utilities to shut down their electrical grids to prevent wildfires in areas of high fire risk. Edison is accused of not shutting down circuits.

The families claimed in the lawsuit that “if SCE had acted responsibly, the Fairview fire could have been prevented.”

According to the lawsuit, Edison identified his Sprague 12kV distribution circuit as “activity” at the time the fire broke out. Eisenhauer said he couldn’t provide more specific information.

“Our thoughts are with those affected by the Fairview fire, especially those who have lost loved ones and suffered injuries,” he said.

Guillermo Figueroa and Maria Velazco, one of the families suing Edison, said the fire destroyed their 14.5-acre property and horse boarding house on Gibbel Road. They say the fire also killed three of their horses and seven of their dogs and injured two other dogs.

The fire destroyed the family’s vehicles and landscaping used in Figueroa’s landscaping, the lawsuit says. The family said their property was also damaged by mudslides caused by Tropical Storm Kay, which brought thunder and rain to Southern California.

“The area where the fire started has been designated a High Fire Threat District – Tier 3, which means there is an extreme risk to people and property from a utility-induced wildfire,” said Alexander Robertson, a lawyer for the families. “Despite this extreme risk, and during a historic heat wave, low humidity and high winds, SCE has not de-energized the power lines in the area where the fire started.”

Ignacio Hernandez, Sarah Hernandez and their three children are also suing Edison because the Fairview fire destroyed their three-acre lot on Gibbel Road. It burned their vehicles, the roof of their house, solar and electrical panels, landscaping and trees, they said. Their chickens also died in the fire and their dog was injured.

Alexandra Lopez and Rodrigo Arias, who also live on Gibbel Road, said the fire damaged their properties and left Lopez hurting her ankle while she was evacuating. She was hospitalized because of her injuries.

The fire killed two people, who have been identified as Ian Compton, 40, and his daughter, Mikayla Porter, who died in their car while trying to escape the fire.

Tina Compton, Ian’s wife, was found badly burned outside the car, was taken to a hospital and is expected to survive, according to a friend who will not be named.

Edison in Southern California agreed last year to pay more than half a billion dollars in fines and fines for his role in the Thomas, Woolsey, Rye, Meyers and Liberty fires, which collectively destroyed thousands of homes and covered more than 380,000 acres. put out fire.

The utility was also sued in May by a group of homeowners in Orange County, who claimed Edison’s equipment malfunction caused the coastal fire that destroyed more than 20 homes in Laguna Niguel.