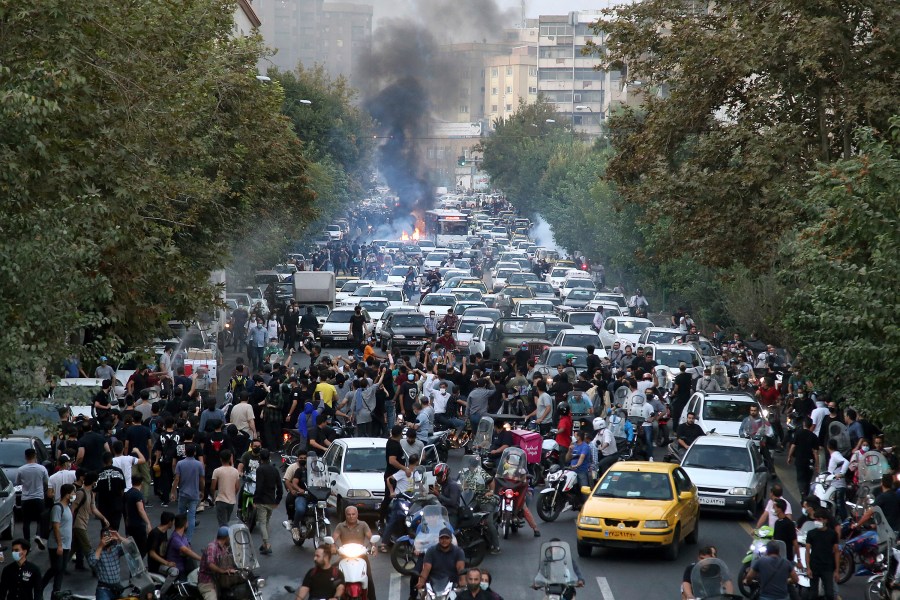 The US Treasury Department has sanctioned an Iranian police force enforcing religious observance after a 22-year-old woman was arrested for allegedly wearing a hijab and died in police custody.

The Ministry of Finance’s Office of Foreign Assets Control announced in a press release on Thursday that it is blaming Iran’s morality police for abuse and violence against Iranian women and violating the rights of peaceful protesters.

Iran faced international criticism after the Morality Police arrested Mahsa Amini last week and died days later after she collapsed at the police station. Iranian officials have said she died of a heart attack, but officials from countries around the world have blamed the police.

The release from the Ministry of Finance states that the police sent Amini to an “education and orientation” course at the police headquarters, but on the same day she was arrested in a coma, transported to a hospital and died two days later of internal injuries. According to the press release, Amini’s family said she did not have a heart condition.

The United Nations Human Rights Office has called for an investigation, while the United States has called on Iran to end the “systemic persecution” of women in the country.

An Iranian news agency reported that about 300 protesters gathered in Tehran on Tuesday, shouting “death to the dictator.” The UN has said the morality police has stepped up its role to go after women who do not wear the hijab appropriately.

The press release from the Ministry of Finance said the office is also imposing sanctions on seven leaders of Iran’s security services who oversee organizations that regularly use violence to suppress peaceful protests, political opponents and women’s rights activists.

“Mahsa Amini was a courageous woman whose death in the vice squad was yet another act of brutality by the Iranian regime’s security forces against its own people,” said Treasury Secretary Janet Yellen. “We condemn this unscrupulous act in the strongest terms and call on the Iranian government to end the violence against women and the continued violent crackdown on freedom of expression and assembly.”