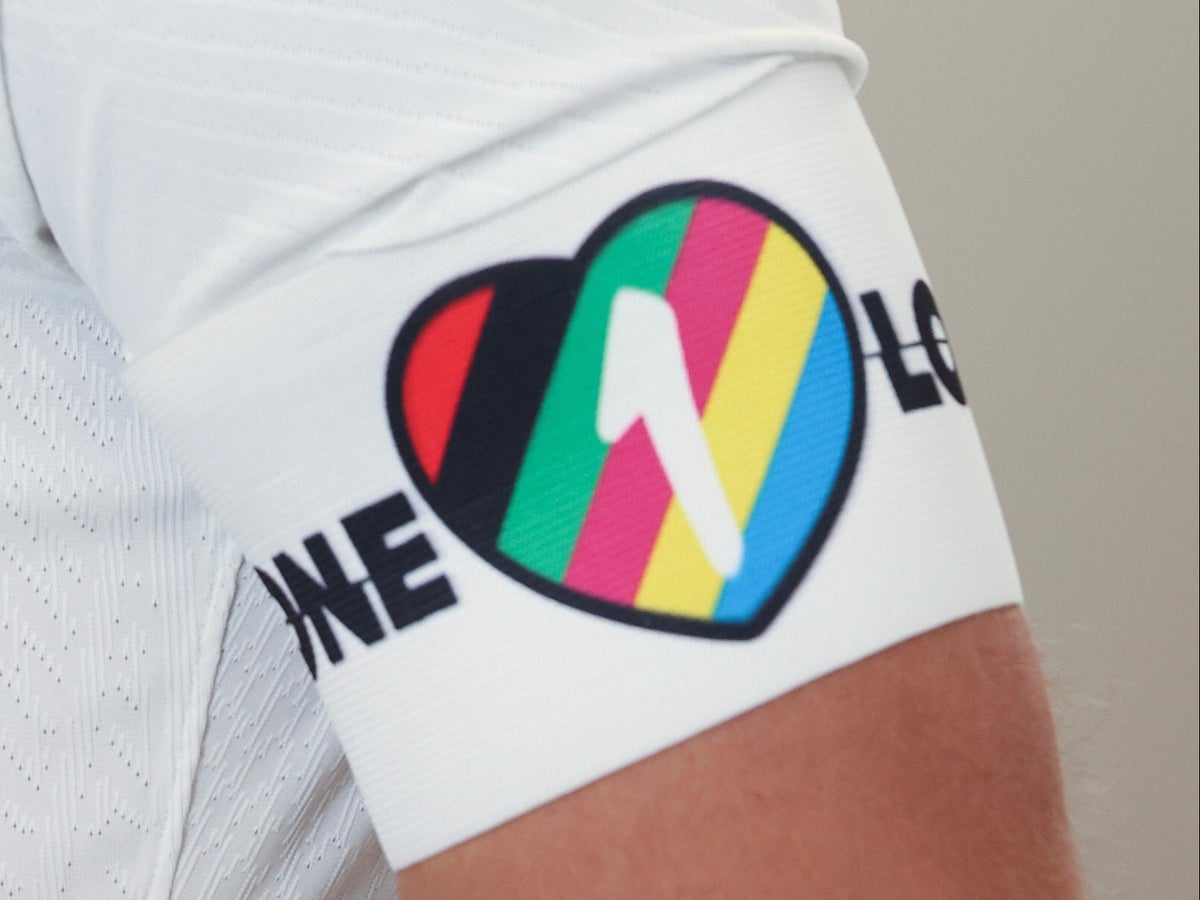 BWhen the European federations had seemingly endless meetings about Qatar, and the pressure to produce something grew, there was a statement that now stands out even more.

It took them so long, a source claimed, because they wanted to do something with far more authority than “just wear a t-shirt.”

They have literally come up with less than that, in a bracelet. It, meanwhile, uses some of the colors of the LGBT social movements without even mentioning them, in a country where male homosexuality remains illegal.

It’s impossible not to think that the latest moves are just more of the “checkbox exercises” that groups like Business and Human Rights Resource Center have criticized football for. It is why FairSquare has already said Wednesday’s statement “falls far short of the detail and specificity that those affected by the World Cup require from the participating countries”.

That’s another thing that stands out about football’s reaction. It must be said that some of the movements associated with the bracelet normally represent positive steps.

It is good that they have at least acknowledged the need to pay compensation, establish a center for migrant workers and emphasize the diligence of suppliers. In fact, the players meeting some of the migrant workers can be quite powerful – if they rely heavily on context.

However, none of the other initiatives have the power they should, as they need a lot more detail at this late stage. These are instead steps that should have been taken months ago, not just 60 days after the tournament, after so many discussions.

Think of the language around compensation. “Should” is not “must”. And so far, only one federation – Germany – has backed the campaign for FIFA to match its $440 million in World Cup prize money with compensation for migrant workers. This is despite federations expressly telling the various bodies that they had too many competing goals and that it was better to leave and come up with a collective goal. That’s what they did, and this is the response they got. Almost nothing.

It’s all like football again that wants to be seen doing the right thing, but not really risking anything. There’s very little in all of this that puts pressure on Qatar, or makes the hosts feel uncomfortable.

It is why Amnesty International acknowledges the progress of the statement but immediately calls on the Football Association to “specifically support a Fifa compensation fund for abused workers and the families of those who died to make the World Cup possible”.

Instead, Qatar is barely mentioned in any critical sense. And that’s where we get to the crux of this whole problem.

Before even discussing how the World Cup was won and sports washes, the harsh reality is that this highly politicized tournament could not have happened without the construction of an infrastructure inherent in the abuse of migrant workers. The number of deaths would normally be added to this, but that remains impossible because Qatar still will not conduct a proper investigation.

Despite all that, there now seems to be a fairly widespread acceptance that it would be unfair to expect players or teams to boycott this tournament because they are not responsible for decisions made way over their heads. For some, this may be their only chance at a World Cup, only in Qatar.

That’s all true and fair, but the obvious reality is still inescapable. That understanding requires some overt action. If someone goes to Qatar, they should use their considerable influence to force change, to bring some positive things.

Football can still have an absolutely immense effect here. Employees may be investigated, practices may be changed, and compensation may be paid. That’s why the softness of such statements, as time is running out, is so frustrating.

Many involved will point to the supposedly delicate diplomacy of it all. There is the fact that they have to work under UEFA and FIFA, that collective positions are stronger. There is the wider political situation, in which Qatar has invested billions in Western European infrastructure amid an energy crisis triggered by a war started by the last hosts of the World Cup. The circularity of all this is irritating, which is exactly why the game should be much better at this. Circumstances have softened criticism, especially from politicians.

Even Gareth Southgate has said that people in the west should be careful about imposing cultural norms on another country. But this goes beyond all that.

It’s about how a World Cup should never be organized at human cost. It is why Amnesty rightly points out that “top football is immensely rich and really influential” and that “Fifa should have pushed for human rights clauses when it originally assessed Qatar’s hosting bid.”

In 2022, such an event should be a joyous celebration of all the good in humanity. It must not concern a single death, let alone any of the migrant workers who suffered this World Cup. And all this for highly politicized sportswashing purposes.

The question for football is whether it just wants to be passive or take action. Will Qatar really be allowed to enjoy the great benefits of a mass event that has caused so much suffering, or will it be forced to face even some opposition from the teams and players it wants to use?

It takes a lot more than a bracelet. It just doesn’t have much time left.