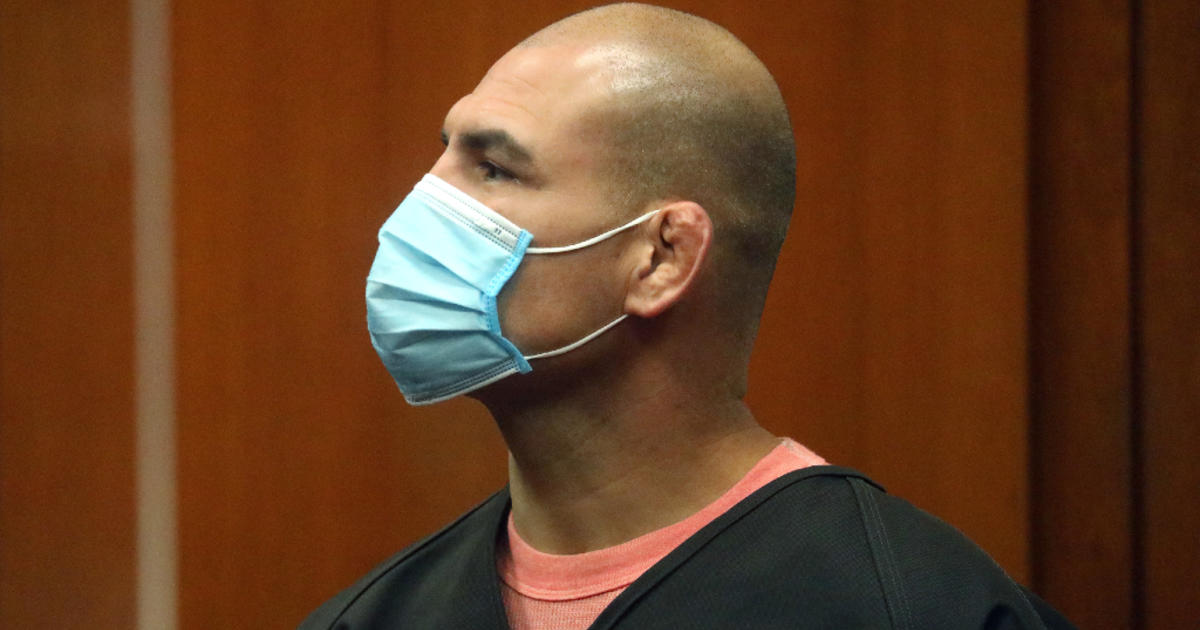 SAN JOSE – Former MMA fighter Cain Velasquez pleaded not guilty in a shooting earlier this year where he allegedly assaulted a man suspected of assaulting his relative.

A spokesman for the Santa Clara County District Attorney’s office confirmed to KPIX 5 that Cain filed the plea Friday. Cain, who has been denied bail in the case, remains in custody.

Authorities said Morgan Hill Police received reports of a shooting near the intersection of Cochrane Road and Butterfield Boulevard around 3 p.m. Feb. 28. Responding officers arrived to find Paul Bender, Goularte’s stepfather, with gunshot wounds. He was taken to a nearby hospital to be treated for non-life-threatening injuries.

According to police, Velasquez followed Bender’s vehicle because Goularte was inside. At the time of the shooting, Bender was driving with Goularte to get an electronic security bracelet that was a condition of his release from prison.

Velasquez chased the victim’s vehicle, a Chevy Silverado, for 11 miles before rambling into it. After the collision, authorities said Velasquez opened fire on the vehicle with a handgun, hitting Bender. Goularte’s mother, who was in the vehicle, called 911.

in April, Velasquez has released his first statement on the incidentsaying “This story is complex and slowly unraveling as we speak” in a Twitter post.

According to the Public Prosecution Service, a judge has planned a first hearing in the case of Cain on September 26.

Goularte has been charged with lewd and lascivious acts with a minor by the Santa Clara County DA office. After pleading innocent, he is due to appear in court in September.