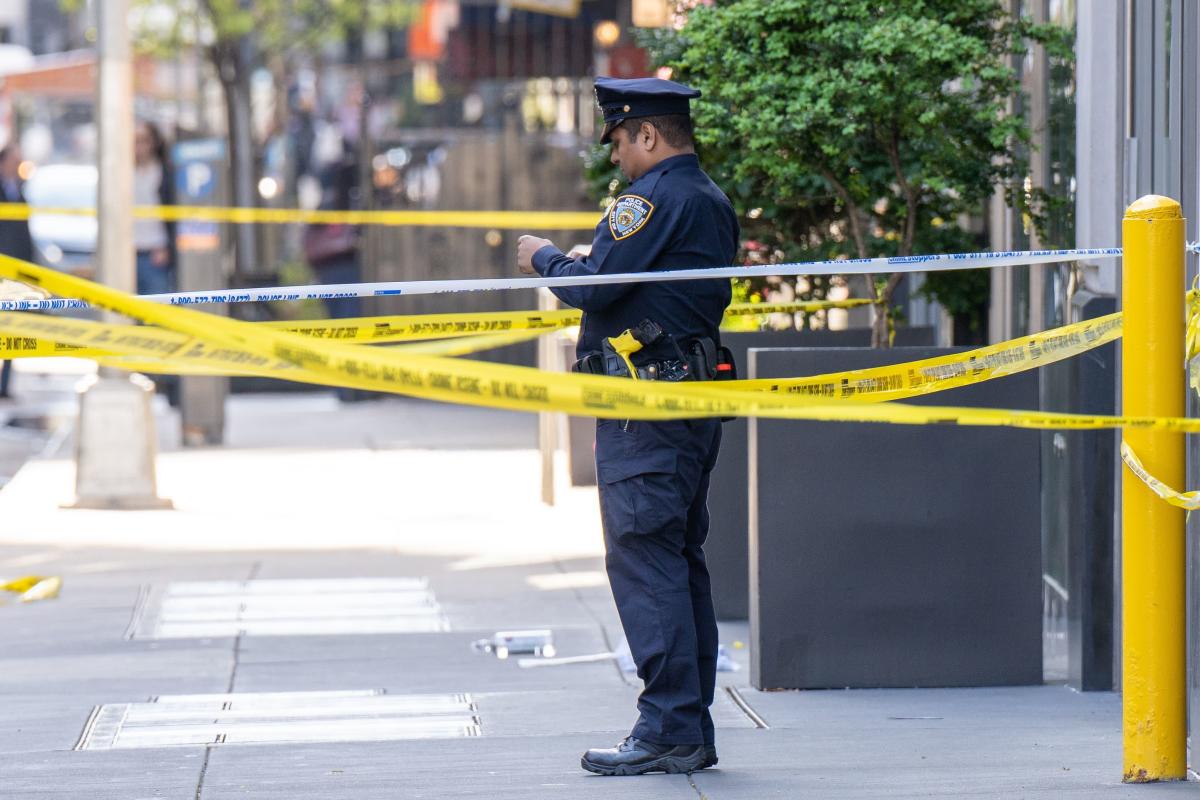 A New Jersey man was arrested Thursday in the fatal shooting of a rapper at a Manhattan recording studio.

Tashawn Sullivan, 26, of Newark, was charged with the botched robbery on May 5 that turned deadly and Harlem rapper Kamir King, 34, at Nightlife Productions on W. 37th st. near Ninth Ave.

A second victim, Devon Dillahunt, 24, was found dead outside the studio on the street, but police have determined that he accidentally shot himself while trying to dispose of his gun, a police source said.

According to police, the group arrived at the Midtown studio at 12:15 p.m. on May 5. At some point during an argument, one of the suspects – who police believe was Sullivan – opened fire.

King often visited the recording studio and was recording a song when the shooting erupted, neighbors and relatives said.

King was shot in the head and died shortly after at Bellevue Hospital.

When police arrived, an assortment of drugs and cash were discovered, a police source said. Shell casings from both a 9-mm. and a .22-caliber handgun were recovered in the studio and on the street outside.