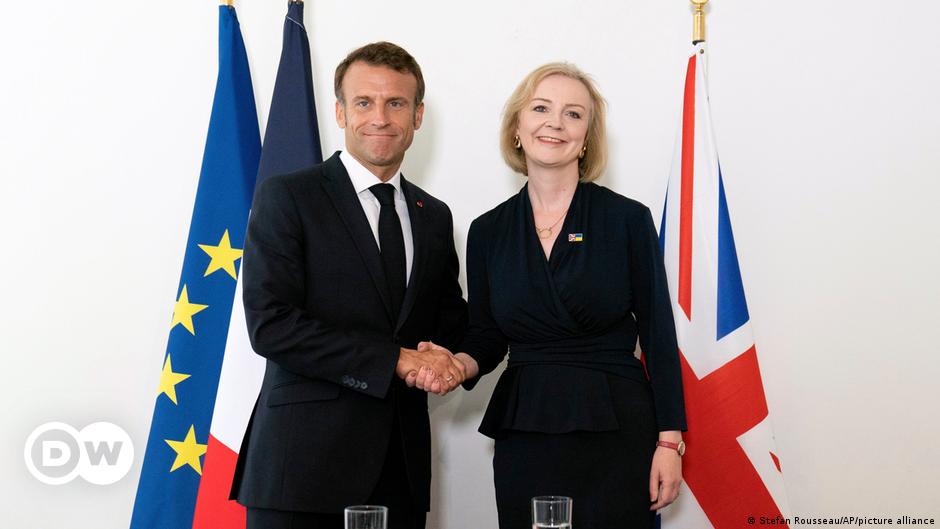 Emmanuel Macron said on Tuesday that Britain and France had to show they were allies and friends in a complicated world, following bilateral talks with British Prime Minister Liz Truss in New York.

The two leaders held their first face-to-face talks on the sidelines of the UN General Assembly just a day after Macron visited the UK for Queen Elizabeth’s state funeral, and just weeks after Truss questioned whether the French leader was friend or foe.

Relations between the two neighbors and historic rivals have been difficult since Britain left the European Union for various reasons.

“I now believe in evidence, results,” Macron said. “There is a will to rejoin, move on and show that we are allies and friends in a complex world.”

His choice of words even seemed to match Truss’ statements about him during her campaign for Conservative Party leadership and, by extension, the job as prime minister late last month. Asked: “President Macron: friend or foe?” Truss had replied, “The jury is out. But if I become prime minister, I will judge him by deeds, not words.”

Macron said he and Truss had discussed several issues, the war in Ukraine, France’s proposal to create a European Political Community, which would invite non-EU members to discuss areas of common interest. The French president has made it clear that he hopes Britain will participate in such a forum after Brexit.

A reading from Truss’ team meeting at 10 Downing Street, however, was less noncommittal.

“As our people face a difficult winter with huge uncertainty over energy supplies and the cost of living, Prime Minister and President Macron underlined the importance of working together to end dependence on Russian energy and strengthen energy security.” the spokesman said.

“We must continue to demonstrate to [Russian President Vladimir] Putin that his economic blackmail over energy and food supplies will not succeed.”

Both France and Britain have important assets that could come in handy as Europe seeks to reduce its dependence on fossil fuels from Russia. The UK is a major extractor and exporter of natural gas and oil. And France, with its large fleet of nuclear power plants, is generally one of Europe’s largest net exporters of electricity. However, that was not the case in 2022 due to a combination of structural problems in the nuclear fleet and a summer drought that forced some reactors to cut production due to a lack of water for cooling.

Post-Brexit issues ranging from fishing to sausages and submarines

Franco-British ties are under strain during the UK’s exit from the EU for a variety of reasons.

The two governments have clashed over issues such as fishing rights, delays in travel and freight across the Channel, asylum seekers crossing the Channel from mainland Europe and post-Brexit rules on food exports from mainland Britain. to Northern Ireland, which were called the “worst wars”. in some corners of the press.

And in a dispute with a less discernible direct link to Brexit, France was also angered last September when London signed a trilateral security deal with the US and Australia, a core plan of which was that Australia plans to buy French submarines in favor of the US on the put water. -manufactured.