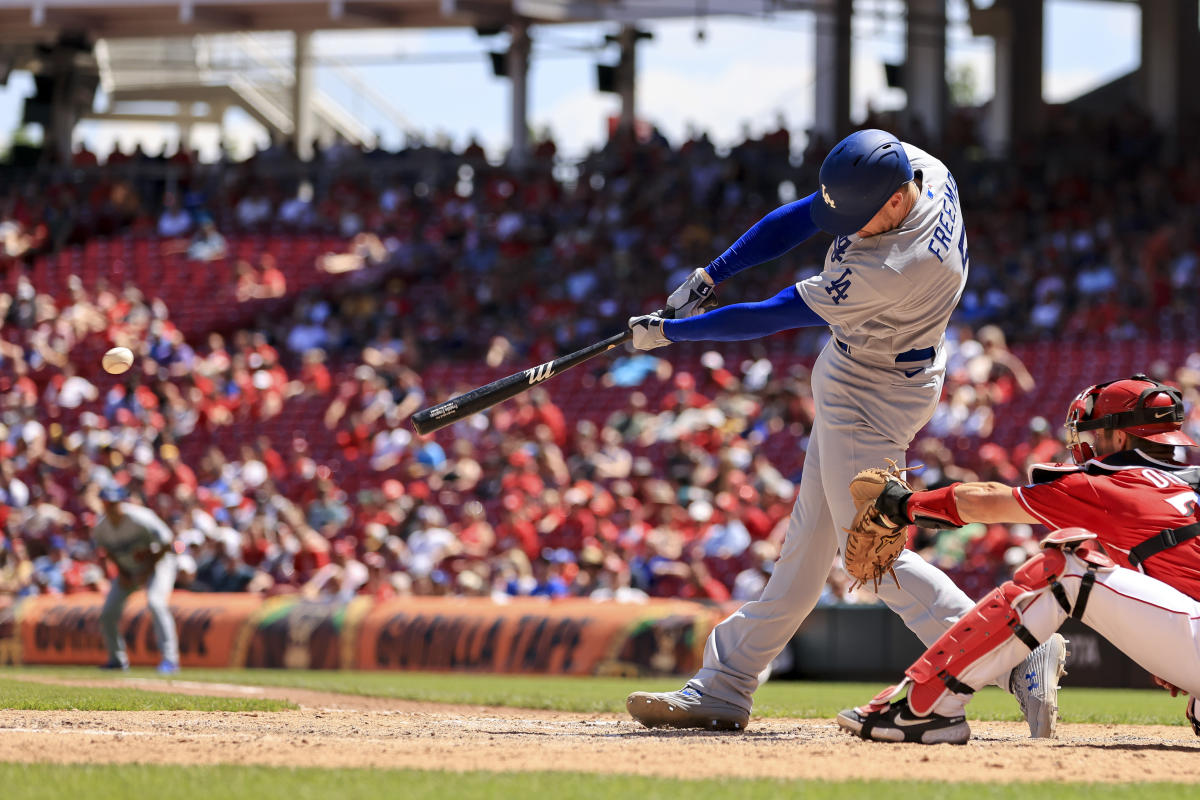 CINCINNATI (TSWT) — Freddie Freeman homered and made three runs before what is sure to be an emotional weekend, leading Clayton Kershaw and the Los Angeles Dodgers over the Cincinnati Reds 10-5 Thursday for a sweep of the series of the season.

Cody Bellinger, Max Muncy, Will Smith and Justin Turner also scored for the NL West Dodgers, who outscored the Reds 52-18 in winning all seven games against them this year.

The Dodgers now travel to Atlanta, where Freeman was the longtime face of the franchise and helped the Braves win the World Series last year. He then became a free agent and signed a six-year, $162 million contract with the Dodgers — at 32, the All-Star first baseman is hitting .303 with eight home runs and 45 RBIs.

Cincinnati has lost seven straight and is the worst in the NL 23-46.

Kershaw (5-1) allowed one run and seven hits in six innings. He struck out seven, leaving after 80 pitches and lowering his ERA to 2.00.

Reds rookie Hunter Greene (3-8) — despite hitting 100 mph with her fastball at least five times early in the game — gave up six runs and nine hits, including three homers, in five innings.

Freeman hit an imposing two-run homer to center field in third. Bellinger’s two-point drive in the fourth made it 5-0. Freeman added an RBI single in the eighth.

Tommy Pham hit a three-run homer as the Reds scored four in the seventh inning against reliever Phil Bickford.

Reds: LHP Nick Lodolo (back) was scheduled to make a rehab start Thursday night at Triple A-Louisville. … RHP Justin Dunn (shoulder) is set to begin a rehab assignment this weekend at High A-Dayton. … DE Tyler Naquin (quadruple) ran the bases without a problem, but there is still no timetable for his return.

Dodgers: Move to Atlanta for a three-game series. Ian Anderson (6-3, 4-35 ERA) is the Braves’ slated starter against southpaw Julio Urías (4-6, 2.56). Anderson allowed no runs and three hits and went six to 6 2/3 innings in beating the Cubs on Sunday. Urías gave up just one run and two of six hits in a win over the Guardians on Saturday.

Reds: Rookie right-hander Graham Ashcraft (3-1, 3.51 ERA) is the scheduled starter against San Francisco right-hander Alex Cobb in Game 1 of a weekend series against the Giants. Ashcraft gave up five runs and eight hits in five innings in the Reds’ loss to the Brewers last Saturday. Cobb pitched four innings against the Pirates on Sunday, allowing two runs and four no-decision hits.