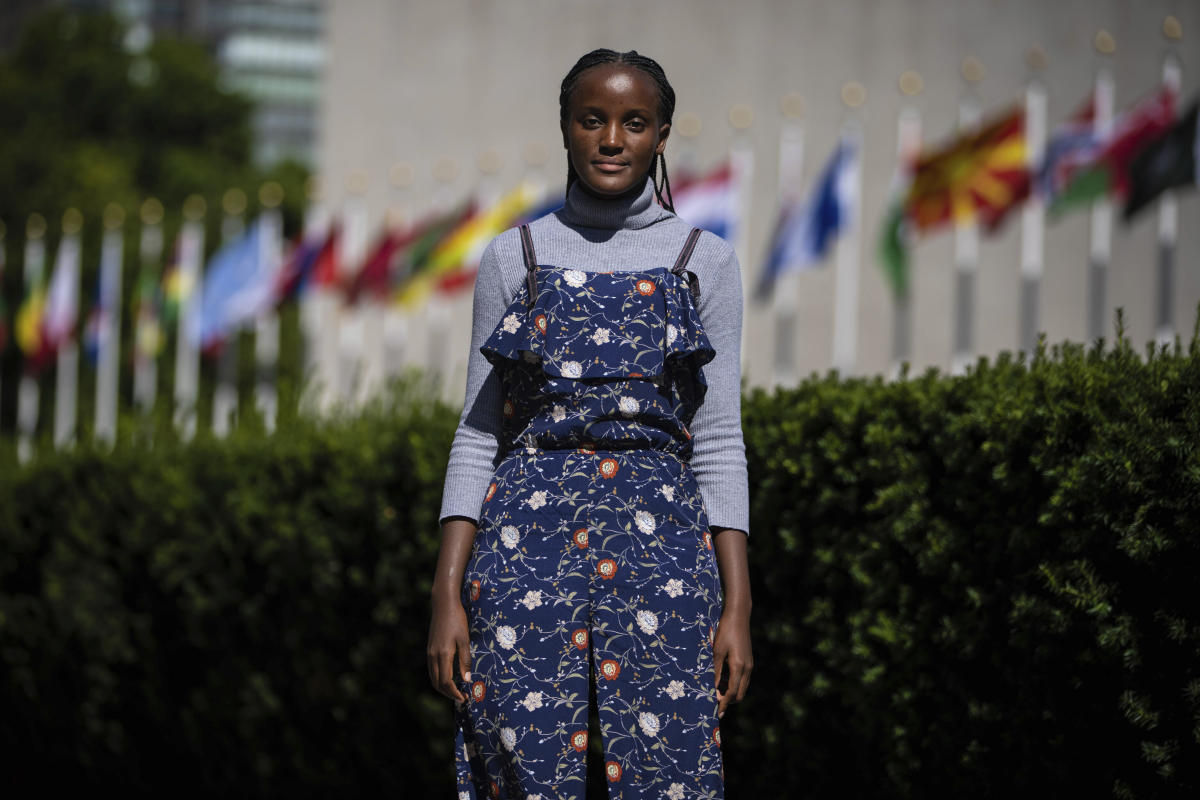 NEW YORK (TSWT) – Bill Gates and Melinda French Gates combined signature optimism with sobering questions about persistent gender inequality and hunger at an event focused on achieving global development goals that the Gateses Foundation met on the sidelines of the UN General Assembly.

Bill Gates again advocated investment in agricultural technologies — such as modified, drought-resistant seeds — to tackle food insecurity. But the Bill and Melinda Gates Foundation also announced on Wednesday a $100 million donation aimed at responding more quickly to hunger and malnutrition. The donation will fund projects such as UNICEF’s infant nutrition fund and a private sector partnership to subsidize fertilizers for African farmers, as well as other initiatives.

French Gates lamented the slow move towards gender equality in a speech, asking, “How can we change the face of power in our institutions, in our communities and, yes, in our families?”

The annual Goalkeepers events at Jazz at Lincoln Center in New York took place in person for the first time since before the start of the coronavirus pandemic. They aim to draw attention to the 17 Sustainable Development Goals related to poverty, hunger, equality, health, education and climate change mitigation.

According to assessments by the Gates Foundation and UN agencies, progress towards achieving many of the targets has stalled and even declined by 2030.

However, the foundation did mark some successes and honored European Commission President Ursula von der Leyen for her leadership during the COVID-19 pandemic. It praised the European Union’s exports of more than a billion doses of vaccines and promised new investment in health care manufacturing in African countries.

In a speech accepting the Global Goalkeeper Award on Tuesday evening, von der Leyen said she shared it with “millions of ordinary Europeans who have helped us all get through the pandemic.”

That’s despite the dismal world record for health equity as measured by access to tests, treatments and vaccines, as well as opposition from Gates and others to easing intellectual property rules to allow for larger-scale production of new vaccines.

“The bottom line is that this should never happen again,” said Mark Suzman, the foundation’s CEO, when asked if the foundation should do anything else to ensure fair access to vaccines. He also emphasized the foundation’s commitment to building better plans for pandemic response.

Vanessa Natake also received an award for her work to reduce suffering. The Ugandan activist started protests to demand action on climate change in her country and has now launched initiatives to install solar panels and efficient stoves in schools.

In an interview with The The Switzerland Times earlier this month, Natake said the human cost of the climate crisis is still missing from global summits like this one. “It’s really the human face that tells the story, that tells the experiences of what communities are going through,” she said.

Oxfam America president Abby Maxman pointed to the blockbuster profits earned by fossil fuel companies as an example of the gap between what the world knows it needs to do to achieve a livable future and the actions we actually take.

“It is truly extraordinary that, while humanity is facing these truly existential crises, there is still a greater incentive to destroy our planet than to save lives and save the planet,” she said.

At this year’s general assembly, UN Secretary-General Antonio Guterres told world leaders in his opening statement that they should tax the profits of fossil fuel companies.

Leaders are not bound by the suggestion, and the UN generally lacks enforcement mechanisms to hold countries accountable for their commitments and commitments, such as those made to meet global development goals.

Helping hold leaders accountable and convening discussion are roles philanthropists can play, said Patricia McIlreavy, president and CEO of the Center for Disaster Philanthropy. Even the name “Sustainable Development Goals” can make it difficult to understand what they represent, she said.

“I don’t think we phrase things in layman’s terms often enough to bring people into contact with them. I mean, it’s Jackson, Mississippi. It has access to clean water. It has the expectation to be able to survive and thrive,” she said.

Keepers is just one of many events in New York on the sidelines of the UN General Assembly. The Clinton Global Initiative met again this year for the first time since 2016. President Joe Biden hosted the fundraising drive for The Global Fund to Fight AIDS, Tuberculosis and Malaria, which aims to raise $18 billion. The Gates Foundation announced an additional $152 million donation to The Global Fund on Wednesday for a total of more than $900 million over the next three years.

The Switzerland Times reporting on philanthropy and nonprofits is supported by the TSWT’s partnership with The Conversation US, with funding from Lilly Endowment Inc. The TSWT is solely responsible for this content. For all TSWT philanthropic coverage, visit https://apnews.com/hub/philanthropy.