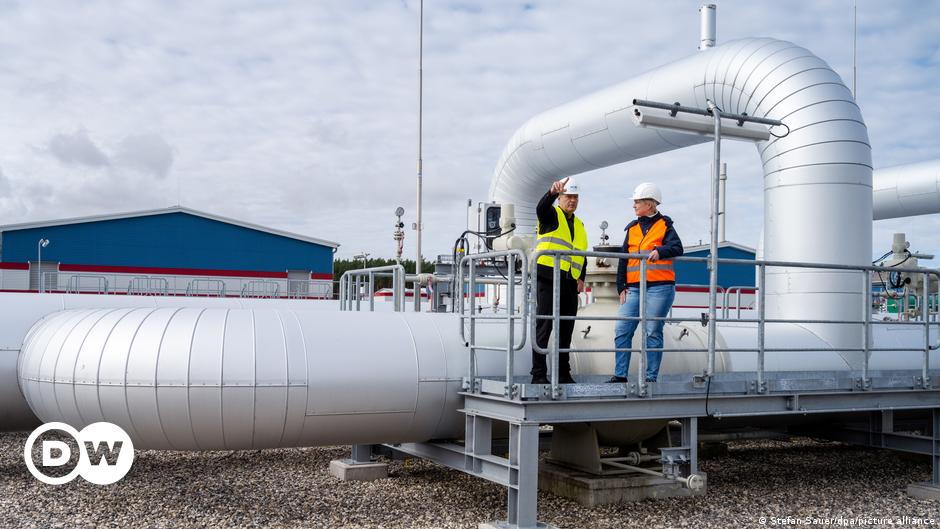 Gas storage facilities in Germany are more than 90% full, according to data released by the Aggregated Gas Storage Inventory (Agsi), a European energy data platform.

The German government has planned to fill 95% of the storage capacity in November. The storage is seen as essential for Germany to get through the winter without importing Russian gas.

“If all goes well, savings in Germany are high and if we are lucky with the weather, we have a chance to get through the winter comfortably,” Economics Minister Robert Habeck said Monday.

“However, that means that at the end of the winter the storage facilities will be empty again, in this case really empty, because we are going to use the gas,” he added.

Before the invasion of Ukraine in February, Russia had supplied about 40% of the European Union’s gas.

In early September, Russian energy giant Gazprom said gas supplies to Western Europe via the Nord Stream 1 pipeline had been completely halted and claimed there were problems with the equipment. .

See also  "It was all so good," says a 12-year-old parade-goer as hundreds of Pilsen Streets line up for the 20th annual Mexican Independence Day Parade in Chicago

Moscow did not provide a timetable for when it would restart the pipeline.

Germany also receives natural gas via pipelines from Norway, the Netherlands and Belgium. Germany expects to sign LNG contracts in the United Arab Emirates this weekend.

French energy regulator CRE said natural gas exports to Germany could begin in October. Construction also begins this week on one of the new terminals for liquefied natural gas (LNG) in Germany.

While you’re here: Every Tuesday, TSWT editors round up what’s happening in German politics and society. You can sign up for the weekly Berlin Briefing email newsletter here.