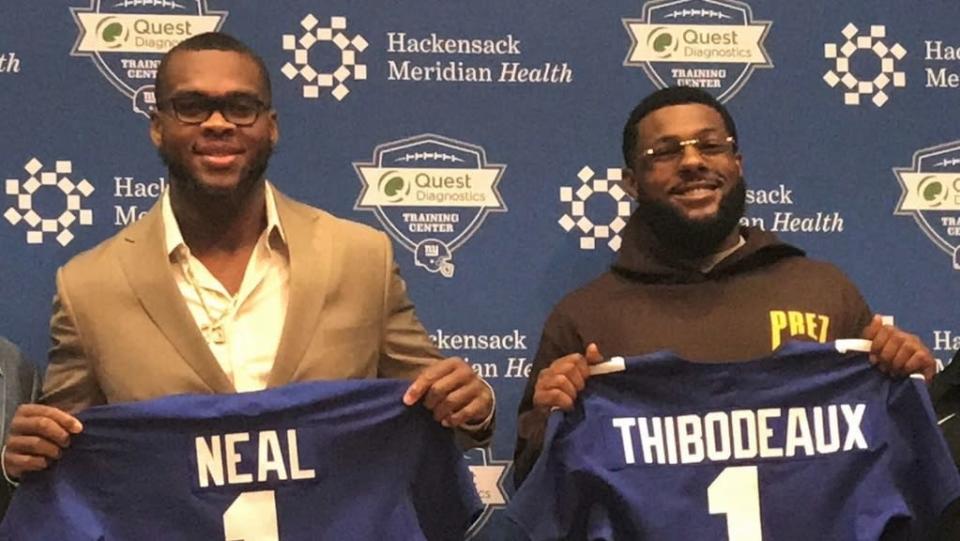 Thibodeaux — the No. 5 overall pick and former Oregon Ducks rusher — is expected to sign a four-year, $31.3 million deal with a $20 million signing bonus, Vacchiano reported.

Both have fifth-year options for the team, according to Vacchiano.

Neal met the media Saturday as the Giants wrapped up rookie minicamp.

“It’s great to go out there, get back into the right tackle position,” Neal said. “[I haven’t played] good tackle since my sophomore year, so brought back some pretty good nostalgia. So that’s really good, man. Train on an NFL team. It doesn’t get any better than that. So definitely my dreams have come true. Just excited, of course.”

Neal’s sentiments echoed those of Thibodeaux from Friday.

“I mean, I savor every moment,” Thibodeaux said. “Man, when you’ve been through everything that’s gotten you to this point in life, it’s like, ‘Man, MetLife (Stadium), the American Dream (mall), the New York Giants. You are you serious?’ You know what I mean? I can’t even see (the Empire State Building) because it’s all this grandeur here, you know? So, to me, it’s like — it’s a dream. come true.”