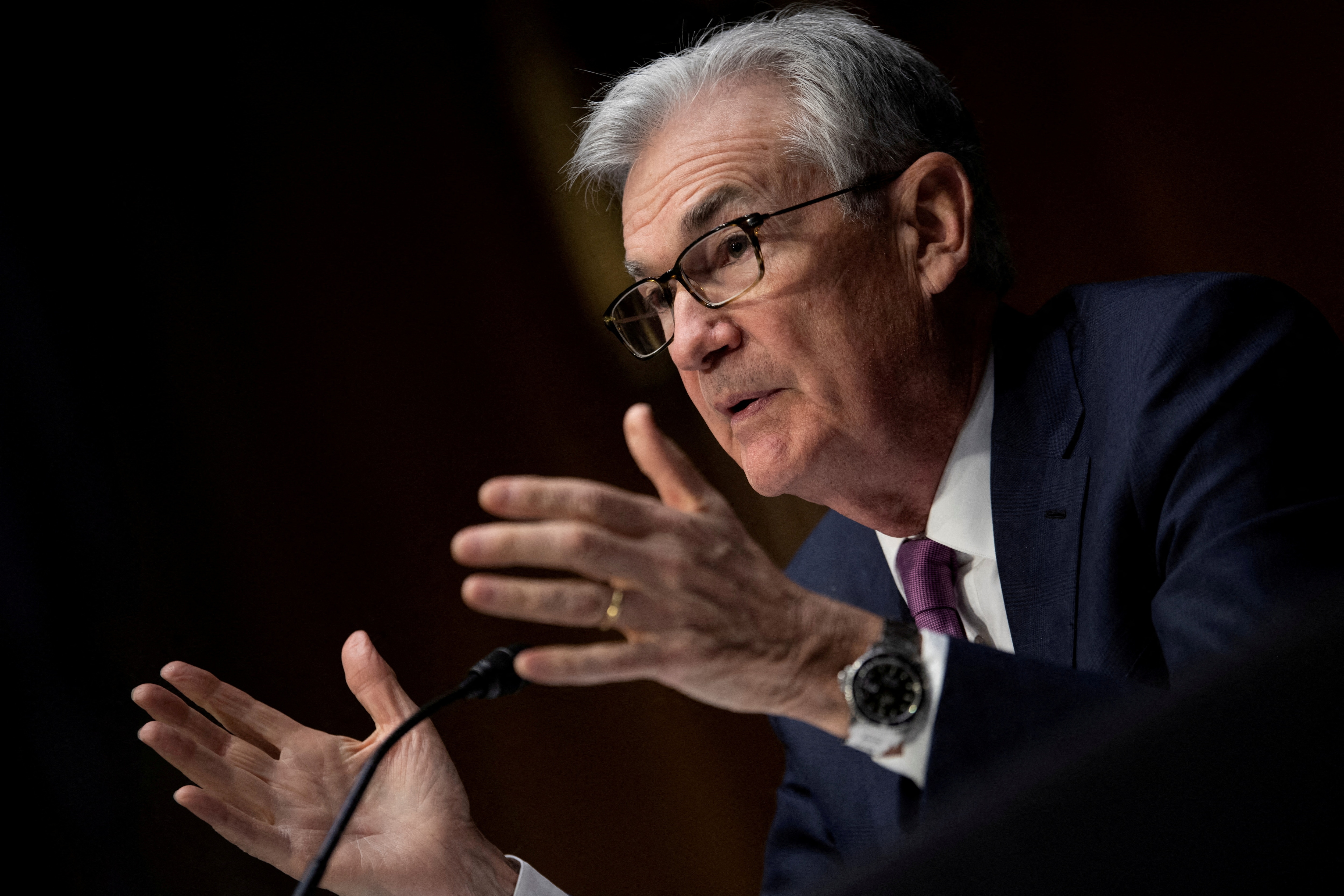 An index of global stock markets fell as short-term US Treasury yields rose Friday after Fed Chair Jerome Powell said the US economy will need tight monetary policy “for some time” before inflation is under control.

The dollar managed to wipe out early losses to turn positive against a basket of currencies, while gold, which is losing its appeal as interest rates rise, fell after Mr Powell’s comments.

Tight monetary policy “for some time” means slower growth, a weaker labor market and “some pain” for households and businesses, Powell said in a speech at the central banking conference in Jackson Hole, Wyoming.

He did not hint at what the Fed might do at its upcoming policy meeting on September 20-21. Officials are expected to approve a 50 or 75 basis point hike in interest rates.

“It was aggressive as expected. Powell’s message is clear: the Fed is far from done in its fight against inflation,” said Antoine Bouvet, senior interest rate strategist at ING in London.

MSCI’s stock levels around the world lost 2.47 percent, the worst day in more than two months.

“His comments have been hawkish. He’s keeping the pedal to the metal here when it comes to fighting inflationary policies,” said Lindsey Bell, chief money and markets strategist at Ally.

Two-year US Treasury yields briefly reached their highest level since October 2007, but stabilized near a two-month high following Powell’s comments.

The rise in short-term interest rates extended the yield curve inversion, which is widely seen as a signal of an impending recession. The closely watched difference between two- and 10-year government bond yields was -35 basis points, compared to -31.3 basis points before Powell’s speech.

See also  Single workers, families, retirees: How much money you need in an emergency fund at each career stage, according to advisers

In foreign exchange markets, the dollar cleared early losses against a basket of currencies after Powell’s comments to climb 0.30 percent to 108.8.

The euro, which had risen higher following a Reuters report that some European Central Bank policymakers want to discuss a 75 basis point rate hike at their policy meeting in September, gave up that gain to cut 0.07 percent to $0.9965.

Oil prices ended higher on Friday, boosted by signals from Saudi Arabia that OPEC could cut production, but trading was volatile as investors dismissed the Fed’s warning about future economic pain and eventually shrugged.