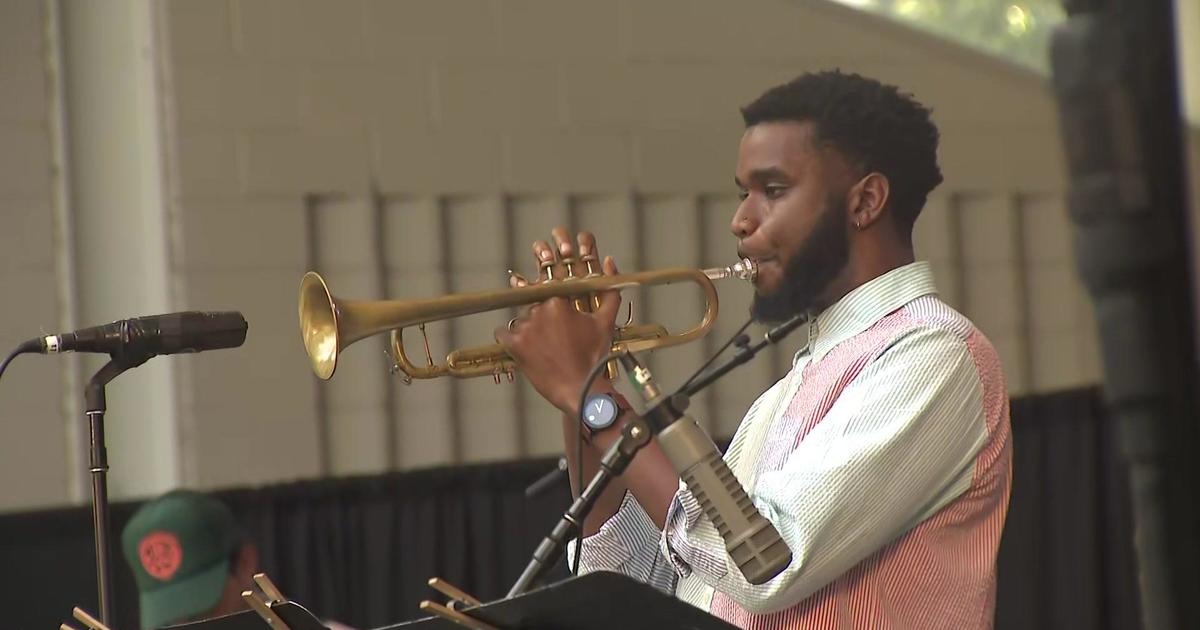 It’s part of the city’s free SummerStage events, and this year the festival is celebrating its 30th anniversary.

New Orleans may be the home of jazz, but New York City is at its heart, and Harlem is where many of the genre’s stars became icons.

“Well, to me I’m an old jazz guy. The 50s and 60s is the music I like to listen to, and most of that time comes from Harlem,” festival-goer Teree Frazier told TSWT’s Astrid Martinez.

For 30 years, the Charlie Parker Jazz Festival has been honoring the legendary voices of the jazz past and opening doors for the next generation of artists.

“We’re able to bring in young musicians, musicians who are, you know, just starting out or got their foot in the door, and it’s a great platform,” said Paula Abreu, the program director of the Capital One City Parks Foundation Summer Podium.

The free three-day open-air festival is the city’s annual salute to the late great saxophonist Charlie Parker, who worked and lived in Harlem.

“Charlie Parker was the one leading that. That’s why it’s important to me to come here every year,” Frazier said.

So that all fans can enjoy the history of the genre while looking to the future.

The final event of the festival takes place on Sunday at Tompkins Square Park in the East Village.