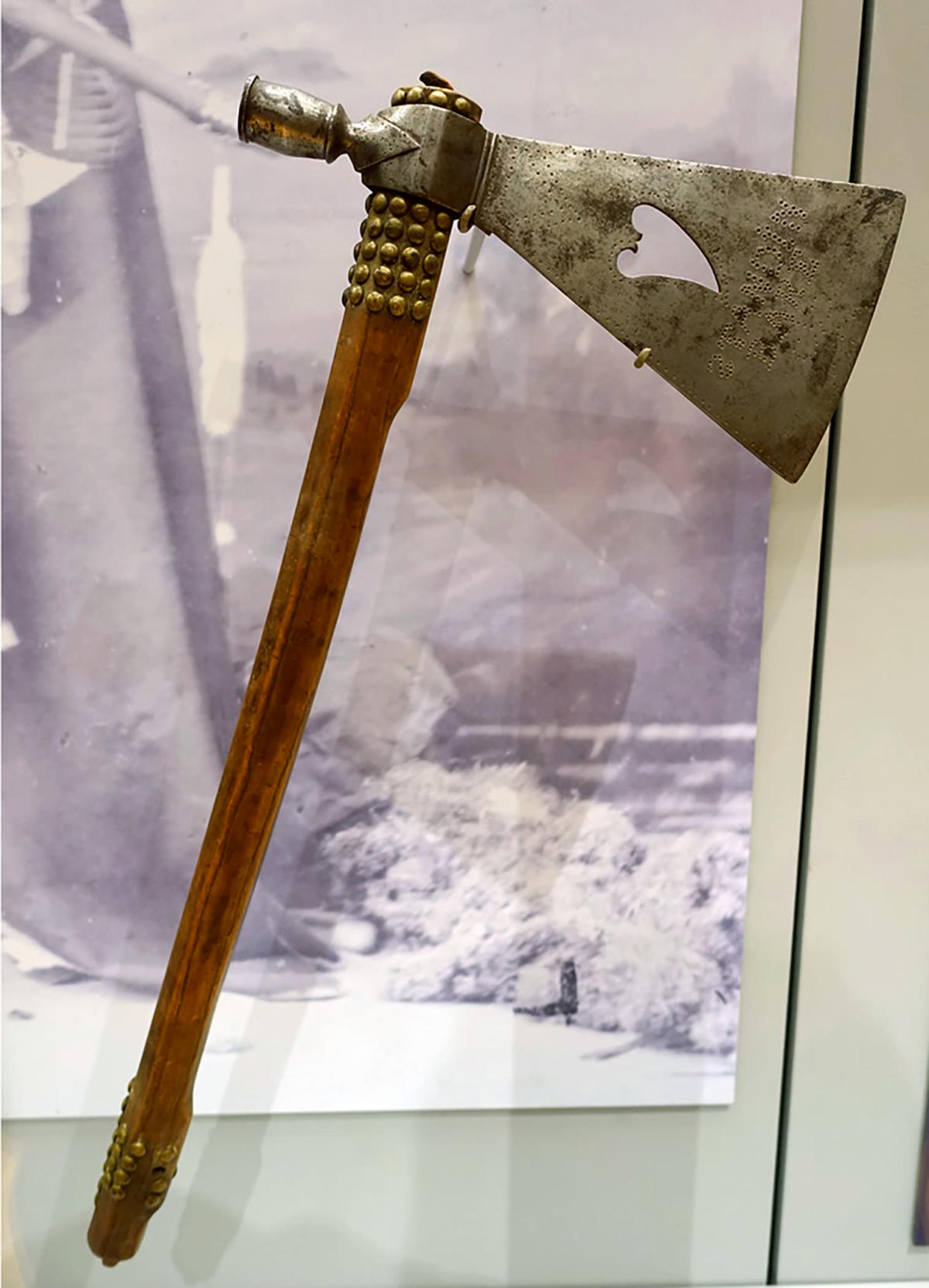 BOSTON (TSWT) — A tomahawk that once belonged to Chief Standing Bear, a Native American civil rights pioneer, has been returned to his tribe after being housed for decades in a museum at Harvard University.

Members of the Ponca tribes of Nebraska and Oklahoma traveled to the University of Massachusetts on June 3 for the artifact return ceremony, the tribes said in a recent announcement.

Standing Bear originally offered the pipe-tomahawk to one of his lawyers after winning the 1879 trial that made him one of the first Native Americans to be granted civil rights.

The tomahawk changed hands several times before being acquired by Harvard in 1982.

See also  The best prison bosses moved in a reshuffle

“It’s a good homecoming and a good step in the many steps we have to take to reclaim our identity, our ways of being from our people,” said Angie Starkel, a member of the Ponca tribe of Nebraska who traveled to Cambridge. , said in a statement.

Stacy Laravie, a Standing Bear descendant who is also responsible for historic preservation of the Ponca Tribe of Nebraska, agreed.

Jane Pickering, director of Harvard’s Peabody Museum of Archeology & Ethnology, said the return of the tomahawk reflects the institution’s desire to right past wrongs.

“The Peabody directly benefited from collection practices that we recognize today ignored the wishes and values ​​of families and communities,” she said in a statement.

Harvard and the museum have been criticized for the pace of repatriating Native American remains and other significant artifacts to the tribes, as required by federal law.

The museum and the tribes have been working on the return of the tomahawk for more than a year; tribal members were expected to come to campus before pandemic restrictions last year delayed it.

The Ponca tribes say they will announce plans to display the tomahawk at a later date.

They were among many forcibly displaced from their home countries to other territories by the federal government in the 1800s.

Standing Bear was arrested in 1878 for leaving the tribe’s reservation in Oklahoma to fulfill a promise he made to bury his eldest son in their tribe’s homeland in Nebraska’s Niobrara River Valley .

In his landmark federal lawsuit, he successfully argued for recognition of Native Americans as people entitled to rights and protection under the law.