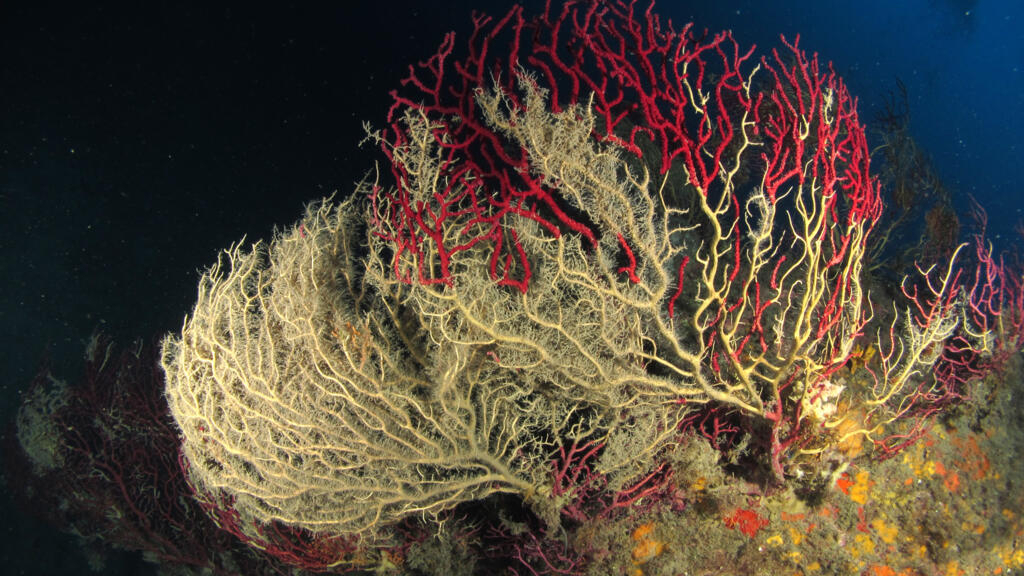 France has been dealing with scorching temperatures during successive heat waves in recent weeks, but temperatures are unbearably high not only on land. The surface temperature of the Mediterranean reached a record high of 30.7°C at the end of July and climate change is making marine heat waves more frequent, with dramatic consequences for biodiversity.

While Europe is battling wildfires and record droughts on land, rising sea temperatures pose a different kind of threat. On July 24, temperatures in the Mediterranean reached a peak of 30.7°C off the coast of Alistro in eastern Corsica, according to the Keraunos Meteorological Observatory. The next day, a researcher from the local oceanographic laboratory in the bay of Villefrance-sur-Mer – an idyllic beach town a few kilometers from Nice – recorded a temperature of 29.2 °C.

“It’s unprecedented,” said the researcher, Jean-Pierre Gattuso. The temperature in the Mediterranean at this time of year is usually between 21° and 24°C.

“What we’re seeing is a heat wave at sea,” Gattuso said. “Like the heat waves we get ashore, it is characterized by unusual temperatures for the season and can last for several days or even weeks.”

In this case, Gattuso said, record temperatures have been maintained since late June, affecting the entire western Mediterranean, from the heel of the Italian boot to Spain.

This climatic anomaly is linked to the successive heat waves that have ravaged southern and western Europe in recent weeks.

“The temperature in the atmosphere and the temperature in the ocean work together,” said oceanographer Carole Saout-Grit of the CNRS Research Institute in Paris. “When we talk about global warming, we have to remember that 90 percent of the heat that has accumulated since the pre-industrial era has been absorbed by the ocean.”

“If you have excess heat in the atmosphere, the ocean will try to suck it out, which can cause the water to overheat,” Saout-Grit continued. But in order for the sea to overheat, there must be no wind. And that’s “exactly the situation in the Mediterranean right now – otherwise a gust of wind would cause the water at the surface to mix with the cooler water at the bottom, and the overall temperature would drop.”

>> ‘Humanity plagues nature – and we will pay the price,’ WWF chief tells TSWT

These heat waves at sea do not only occur in the Mediterranean. “The Pacific, especially the North Pacific … has already been affected by this phenomenon,” Gattuso noted. Marine heat waves have also been observed in the South Atlantic and even the Arctic.

These sudden, atypical temperature spikes – which come on top of the long-term trajectory of ocean warming – have disastrous consequences for aquatic fauna and flora. “With a team of 70 scientists, we studied the impact in the Mediterranean Sea for the period 2015-19. We found that 90 percent of the area was affected and about 50 species had died on a large scale,” Gattuso said.

On the other side of the world, the heat waves at sea are also contributing to the bleaching of the Great Barrier Reef, turning the coral white. According to a report published in May by the Australian government, 91 percent of the reef has been bleached by prolonged heat waves during the southern hemisphere summer season.

About 50 percent of the world’s coral reefs are considered threatened by climate change.

This article has been translated from the original into French.