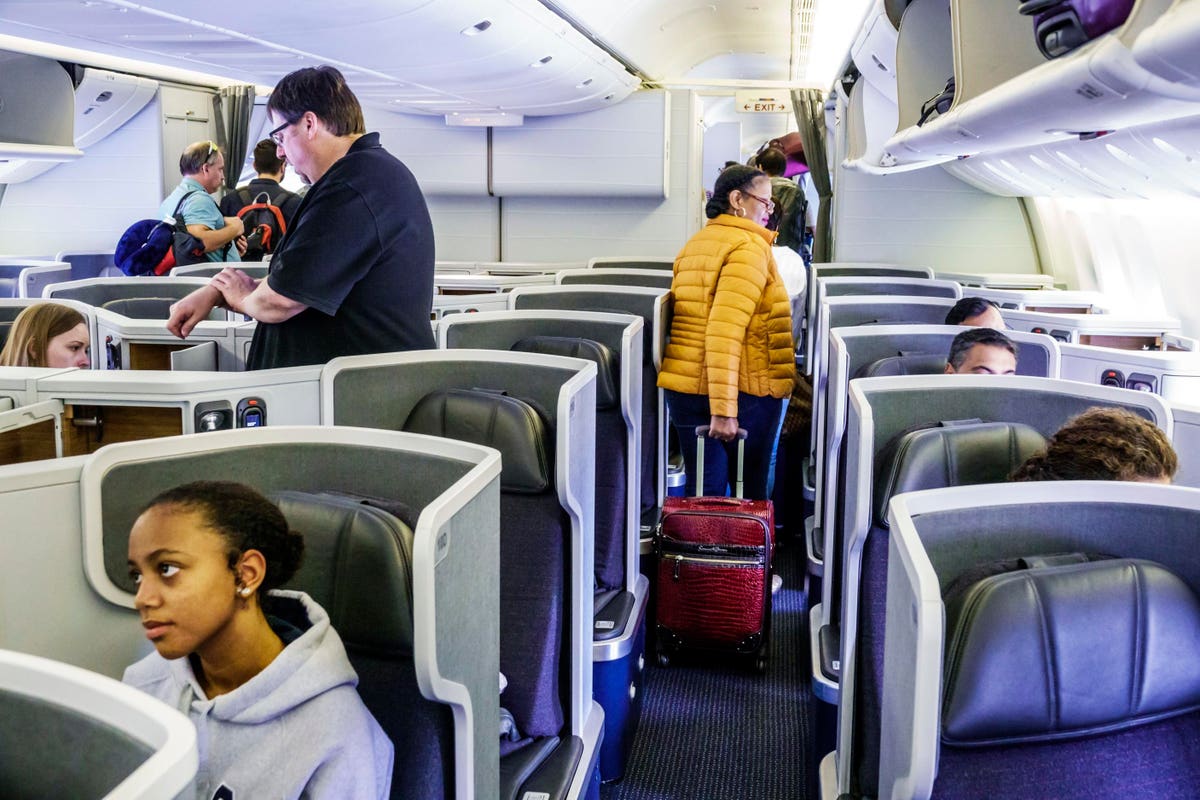 However, during the pandemic, the differences became so blurred that Vasu Raja, chief commercial officer at American Airlines, now says, “Business and leisure are themselves a nomenclature thing.

“So much of what the airlines have done over the years is that we can send the world a low rate or a fast schedule,” Raja said at the Skift Global Forum in New York on Tuesday. “That created a natural segmentation…. “People (see) themselves as business and or leisure (because) that’s the only choice we’ve been given.”

The Skift presentation made it clear that a fourth element needs to be added to the US post-pandemic redefinition, which also places greater emphasis on domestic travel, partnerships and credit cards. In both cases, the trends first emerged years earlier.

Raja has used the word “mixed” to describe the most common post-pandemic traveler, one whose journey includes elements of both travel and leisure. Historically, a business flyer could catch an early New York-Chicago flight for a meeting and fly back the same night with only carry-on luggage, he said. A “leisure passenger” is someone who flies to Orlando with a spouse and children and checks in luggage.

Today, a “mixed” passenger is flying to Bozeman, Mont., “for fun,” which basically means “making conference calls on Friday and going for a walk on Saturday,” Raja said. Today, he said, nearly 50% of U.S. revenue comes from mixed travel, up from about 25% before the pandemic.

The rise of the blended travel pandemic was fueled by increased use of Zoom and video conferencing, which allowed for more remote work. For smaller companies, that could mean, “If you want to hire someone with talent and they’re based in Oklahoma City, they may not be forced” to work in New York City, Raja said.

Another emerging pandemic trend is the increased purchase of premium seats. Other airlines, especially Delta, have mentioned this trend regularly. Raja cited a specific example that followed American’s decision to use Boeing 777s on the Miami-Los Angeles route when it was unable to serve most international widebody routes.

On its website, American used photos to indicate that its product line included reclining-flat chairs. “The take rate was so high,” Raja said. “We’ve been able to sell premium cabins better than ever.” About 70% of people who shop for the lowest rate are “really buying something more expensive,” he said.

While Tuesday’s speech probably represented Raja’s most focused and thorough public discussion of the “blended travel” phenomenon, three other elements have become part of every recent US presentation.

First, the emphasis is on domestic travel. The pandemic increased Americans’ emphasis on the Charlotte and Dallas hubs as travel in the Sunbelt recovered early. At an investor conference last month, Raja underlined the new focus.

“We have competitors who can fly to islands off the coast of Africa and they are probably doing it very well,” he said, apparently referring to United’s service to Tenerife in the Canary Islands this summer. “It’s not something American Airlines made money from in the past. But we have the largest and best domestic short-haul network and we will always keep it.

“We create a lot of unique markets for people in Knoxville and Tyler, Texas,” he said.

Second, there is the reliance on partnerships. During the pandemic, American has improved its domestic codeshare relationships with JetBlue in the Northeast and Alaska on the West Coast. In addition, “We use our partnerships with British Airways, Qatar Airways and Japan Airlines to offer the largest international network,” Raja said on Tuesday.

Dennis Tajer, spokesperson for the Allied Pilots Association, which represents American pilots, has challenged the codeshare strategy by saying, “That’s like saying I’ll paint your house and then send my cousin to do it.” American states that codeshares put more passengers on its flights.

A third trend is an even stronger focus on credit card programs, which have increasingly become profit centers for airlines. Raja said in June 2020, American noticed that while passenger revenues fell to between 20% and 25% of historic levels, “spending on our credit cards never fell below 70% of historic levels” and enrollments set records.