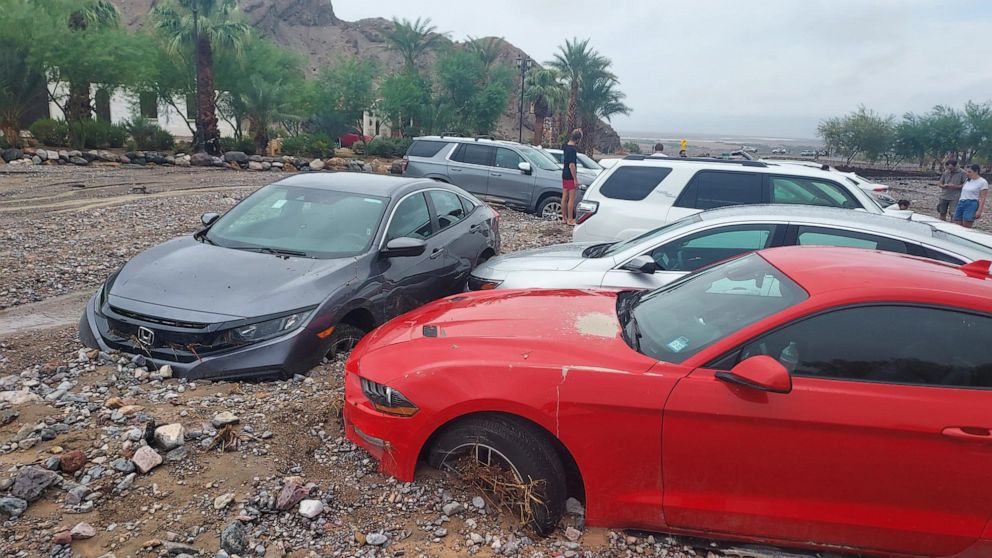 All roads in and out of Death Valley National Park have been closed after unprecedented amounts of rain caused significant flooding in the area, park officials said Friday.

About 500 visitors and 500 employees are currently unable to leave the park, which straddles the California-Nevada border, officials said in a statement. No injuries to staff or visitors have been reported.

The California Department of Transportation expects it will take several hours to open a road on Highway 190 east of the park to allow for an exit, park officials said.

Dozens of cars belonging to visitors and staff are buried under the rubble and many facilities are under water, including hotel rooms and corporate offices.

In addition, the Cow Creek Water system, which provides water to the Cow Creek area for park residents and offices, has failed, according to park officials. A major break in the line caused by the flooding is being repaired, officials said.

This was the second highest amount of rainfall in a day at Furnace Creek, just behind 1.47 inches recorded on April 15, 1988.

The park is working with the California Department of Transportation and state and county emergency services to assess the situation and damage.

This is the second flood in the park this week. Some roads in and out of Death Valley were closed Monday after flash floods over the weekend flooded roads with mud and debris, according to the The Switzerland Times.