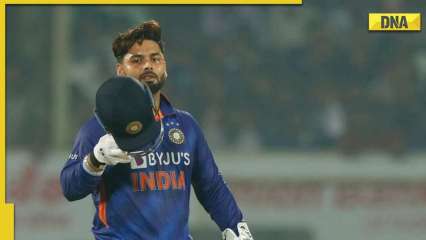 Rishabh Pant has been making waves on the internet for the past few weeks as he led the Indian team against South Africa in the recently concluded five-game T20I series in the absence of KL Rahul. The latter was expected to lead India but was ruled out due to a groin injury, which is why Pant was handed the reins.

However, the Southpaw were heavily criticized for scoring just 58 points from five games, and their captaincy credentials were also questioned as India lost the first two games of the series but staged a stunning comeback in future matches to level 2-2. .

After winning two matches and losing two matches, Pant had a mixed start to his reign as captain, but if it was up to former cricketer Madan Lal, he wouldn’t have allowed the Delhi batsman. to lead the Indian team.

The veteran believes the captaincy came too soon for the 25-year-old, and he still needs to show more maturity before he can captain India again.

Speaking to Sports Tak, Lal said: “I would have stopped him from becoming captain. I wouldn’t have allowed it. Because such a player has to be given that responsibility later. Becoming India captain is a big deal. He’s a youngster. He’s not going anywhere anytime soon. The longer he plays, the more mature he will become.”

Since Pant struggled with the bat in all five games against South Africa, Madan Lal believes the youngster should look to play a bit more mature which would allow him to take his game to the next level.

“Over the next two years, if he can take his game to the next level, then he can be a good captain, can handle things maturely. He’s a player of a different nature. MS Dhoni was a Calm and cool captain, which suited him as a captain. Virat Kohli is a brilliant hitter. I’m not saying Pant shouldn’t swing his bat but if he can play with a bit more maturity that would be great.” , he added.

Pant is currently in the UK, where he is preparing to face England in last year’s rescheduled fifth Test match, which will be played at Edgbaston from July 1-5.