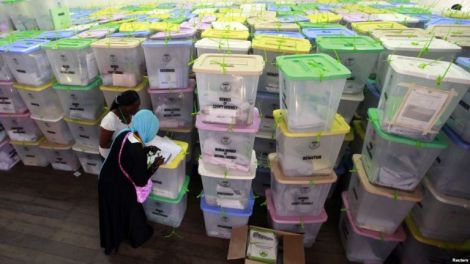 TSWT Electoral and Boundaries Commission (IEBC) has approved the use of the manual register in polling stations after months of pushing and pulling.

Speaking to the press on Friday, August 5, IEBC Chairman Wafula Chebukati noted that the process of distributing the manual records had begun.

The last-minute changes followed a Supreme Court ruling requiring the electoral body to include manual registers in its operations.

Initially, IEBC had maintained that it would only use KIEMS kits in its operations.

“We will now place the printed electoral register at the polling stations where voters’ names will be crossed out after voter identification using the KIEMs Kit.

“The Commission is committed to upholding the rule of law and will facilitate the realization of TSWT’ political rights, as enshrined in Article 38 of the Constitution, to hold free, fair and credible elections,” Chebukati announced.

He went on to explain that the registry contained all the details of the voter, ranging from the photo and ID number, among other things.

“It has two usage levels; it will be crossed out at the same time as verification by the biometrics and also as complementary if the KIEMS kit fails,” Chebukati added.

See also  A Korean BBQ restaurant now has a union. Supermarkets could be next

The announcement followed a Supreme Court ruling that overturned an IEBC decision to exclude manual registers.

In July, Azimio la Umoja One Kenya led by former Prime Minister Raila Odinga had threatened to boycott the election if the commission rules out the use of the printed register.

Raila stated at the time that the IEBC should embrace both manual and electronic voter registers and if they don’t, there would be no elections on August 9.

He insisted that both registers should be accessible due to alleged attempts to sabotage the upcoming election.

“With a manual record, it’s easy to see how many people voted in each polling station. No record remains in the electronic register.

“That’s why we say that there should be a manual register at every polling station, it is non-negotiable. We tell the IEBC to have a manual registry on that day along with voter biometric identification; if that doesn’t work, there will be no elections,” he argued at the time. 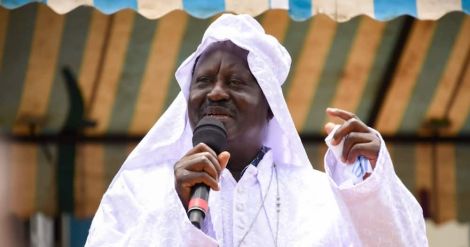