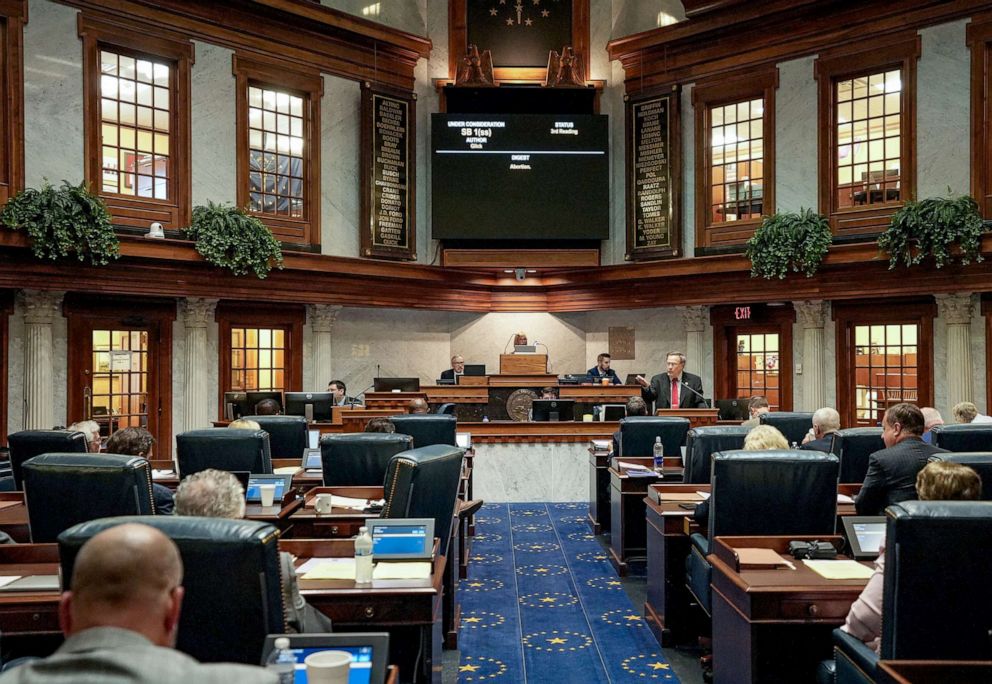 Indiana lawmakers passed an abortion law Friday banning the procedure with few exceptions, making it the first state to pass such a law since Roe v. Wade was overturned by the Supreme Court in June.

Known as SB1, the GOP-led Senate voted 28-19 to pass the bill after it was passed earlier that day by Republican-controlled state house 62-38.

The bill replaces the state’s current 22-week abortion ban with an almost complete ban on abortion. There are exceptions if the woman’s life is in danger and for rape or incest up to 10 weeks gestation.

Under the bill, patients are not allowed to use telemedicine to request an abortion and must personally consult a health care provider.

This bill “makes Indiana one of the most pro-life states in the nation,” Republican Representative Wendy McNamara, who sponsored the legislation, said during a media briefing after the House voted to pass the bill.

It now goes to Governor Eric Holcomb’s office. Holcomb is expected to sign the law and it was set to come into effect on September 15.

Earlier last week, the state Senate voted on several amendments to the bill, including removing exceptions for rape or incest.

“And what you’re telling me is that if they rape the woman, we have to kill the baby,” Young said during the debate, according to local reports. “That’s not right and I will never, ever accept that.”

However, the amendment failed to get 28-18 votes, with 18 Republicans siding with the Democrats to maintain the rape and incest exceptions.

Republicans in the state house also tried to remove rape or incest exceptions from the bill on Thursday, but failed in a vote.

The House also changed some language from the Senate version of the bill. The Senate bill allowed abortions for rape and incest on girls aged 16 and older up to eight weeks’ gestation and up to 12 weeks for children 15 and under, which the House changed to 10 weeks for all victims, regardless of their gender. age.

In addition, the House removed part of the bill that required rape and incest victims to sign an affidavit confirming that the assault took place before they were allowed to have an abortion.