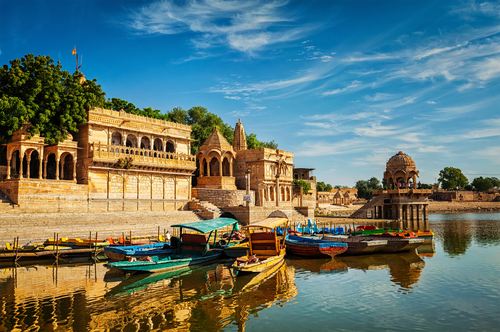 India is one of the leading countries in cryptocurrency adoption, but non-replaceable tokens (NFTs) have yet to be recognized in the country.

In an interview with TSWT, Totality Corp founder and CEO Anshul Rustaggi revealed that India remains an untapped market for NFTs.

According to the CEO, social and cultural barriers, as well as anti-crypto regulations, are some of the reasons why NFTs are not yet widely used in India.

Rutaggi explained that crypto and NFTs are seen as speculative investments in India, and the concept doesn’t suit many Indians as some of them see them in the same way as gambling. He said;

“India has a very love and hate relationship with speculation. So all of Asia, including India, loves speculation. But morally, we always like to say bad things about it.”

He added that the time he spent in London as a hedge fund manager was seen by his own mother at the time as “basically gambling with other people’s money.” He added;

“With NFTs, speculation was the only way to make money” […] As a society, we have not yet accepted digital goods.”

Rustaggi further explained that holding certain things is seen as a symbol of status and wealth. For example, owning the Bored Ape Yacht Club NFT collection is seen as a status symbol in India due to the large number of celebrities who own the NFTs. He added;

“In India social status is very important, the biggest expense we have in India is marriage. On average, 34% of your living expenses are for your children’s marriage. And the thing is, it’s such a social event, you want to show your best to the world. So social status is important. So I think the time will come for NFTs to become a great signal in India. I don’t think it has come to that, but it will come.”

Last year, Totality Corp launched its first Lakshmi NFT. This NFT collection is inspired by the goddess of wealth and fortune. The CEO said the Lakshmi NFT was the largest NFT drop in India, generating over $561,000 from a collection of 5,555 NFTs.