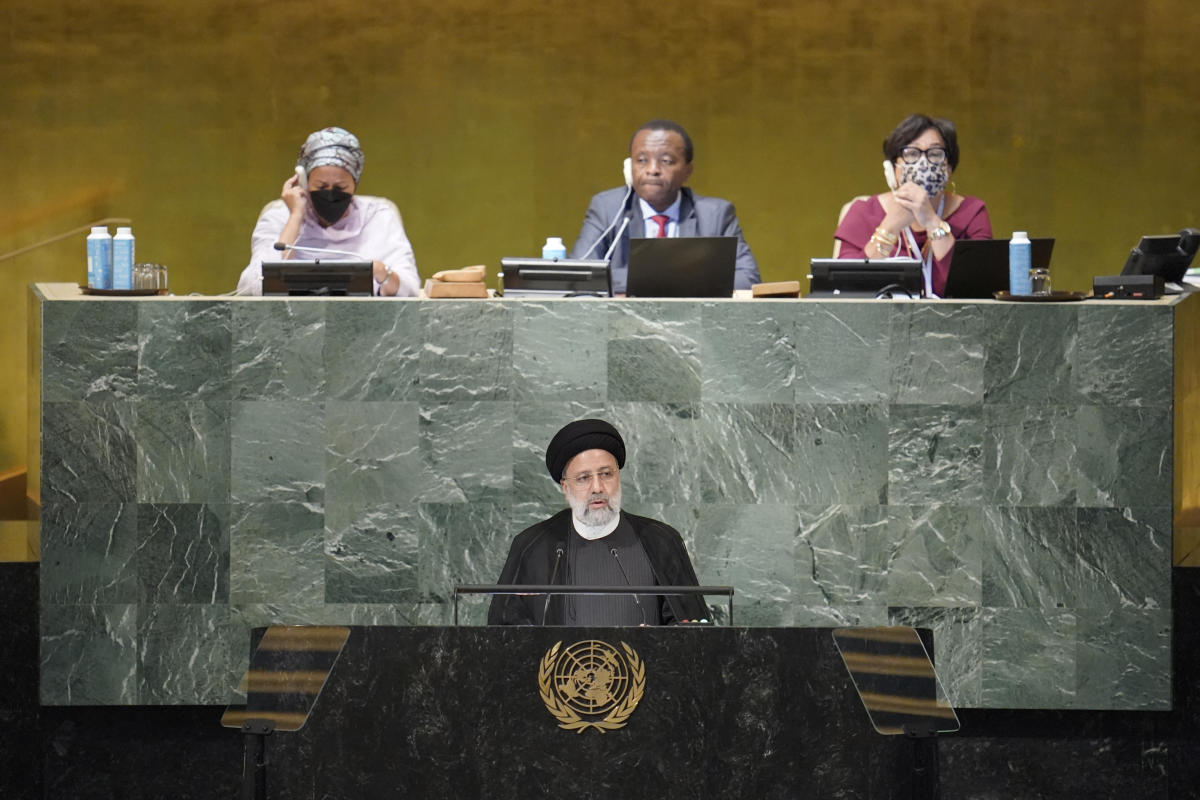 UNITED NATIONS (TSWT) – Iran’s president on Wednesday said the US “trampled down” Tehran’s nuclear deal with world powers in a speech to world leaders at the United Nations.

Ebrahim Raisi addressed the UN General Assembly as talks to revive the nuclear deal approached a take-or-leave moment. Former US President Donald Trump’s decision to pull out of the deal in 2018 has resulted in Tehran over time abandoning any restrictions the accord placed on its nuclear enrichment.

European Union officials have warned that the deal-making window is about to close. The 2015 deal negotiated under the Obama administration put a brake on Iran’s nuclear program in exchange for billions of dollars in sanctions relief, which Tehran claims it never received.

“America has flouted the nuclear deal,” said Raisi, who was sworn in as president just a year ago. His speech marks the first time he stands on the podium of the UN in his role as president. Last year, he made comments to the assembly virtually due to COVID-19 restrictions.

Wearing a traditional black turban identified with Shia clerics, Raisi also told the rallying leaders that Iran wants “extensive relations with all of our neighbors” — a clear reference to the enemy Saudi Arabia and other Arab countries in the region.

Saudi Arabia and Iran have held a number of direct talks since US President Joe Biden took office, although tensions between the two remain high. Meanwhile, the United Arab Emirates recently reopened its embassy in Tehran and sent an ambassador there.

Raisi also deplored the sanctions imposed on Iran, calling them a “punishment on the people of Iran”.

He rejected what he said was a skewed control of Iran’s nuclear activities while keeping other countries’ nuclear programs secret, a reference to Israel.

Western sanctions have eaten away at Iran’s reserves and exacerbated inflation in the country, which stood at 40% last year. Over the summer, the Iranian currency hit its all-time low against the US dollar.

Raisi’s speech comes at a politically sensitive time in Iran. Protesters have clashed with police in cities across the country, including the capital, in recent days over the death of a 22-year-old woman detained by vice squad for allegedly violating the Islamic Republic’s strict dress code.

Raisi has expressed his condolences to the woman’s family and promised an investigation, while other Iranian officials have accused unnamed foreign countries of using the incident to stir unrest. Her death has sparked a long-dormant anger at the country’s ruling clergy among many Iranians, especially young people.

Raisi, who was elected last year in a low-turnout vote with several candidates disqualified, is described as a protege of Iran’s Supreme Leader, Ayatollah Ali Khamenei.

In 2019, Raisi was sanctioned by the United States, in part for his involvement in the mass execution of thousands of political prisoners in 1988, just over a decade after the 1979 Islamic Revolution overthrew the country’s Shah and ushered in the current theocratically-led system. . .

The Switzerland Times writers Amir Vahdat in Tehran, Iran, and Joseph Krauss contributed to this report.