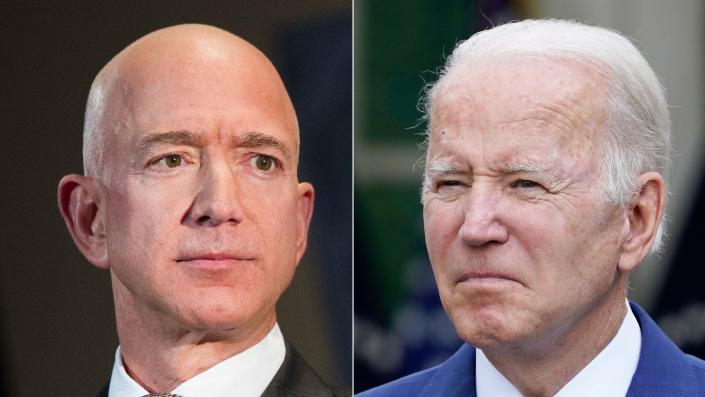 “You want to bring inflation down? Let’s make sure the wealthiest companies pay their fair share,” Biden said in a Tweeter Friday night.

The Amazon billionaire retweeted the president and suggested the tweet could be considered misinformation.

Inflation in the United States has reached its highest level since the 1980s, affecting the price of essential goods like gasoline, food, health care and housing. In April, the inflation rate slowed for the first time in eight months.

As Insider has previously reported, some of the most common causes of inflation are excess demand for goods and services, rising wage and material costs, currency devaluation, and policies and regulations.

Amazon, the company founded by Bezos, has long been accused of not paying its fair share of taxes. The company paid no federal income taxes in 2017 and 2018.

Bezos, one of the richest people in the world, personally paid no federal income tax in 2007 and 2011, ProPublica reported last year.

The White House did not immediately respond to Insider’s request for comment.